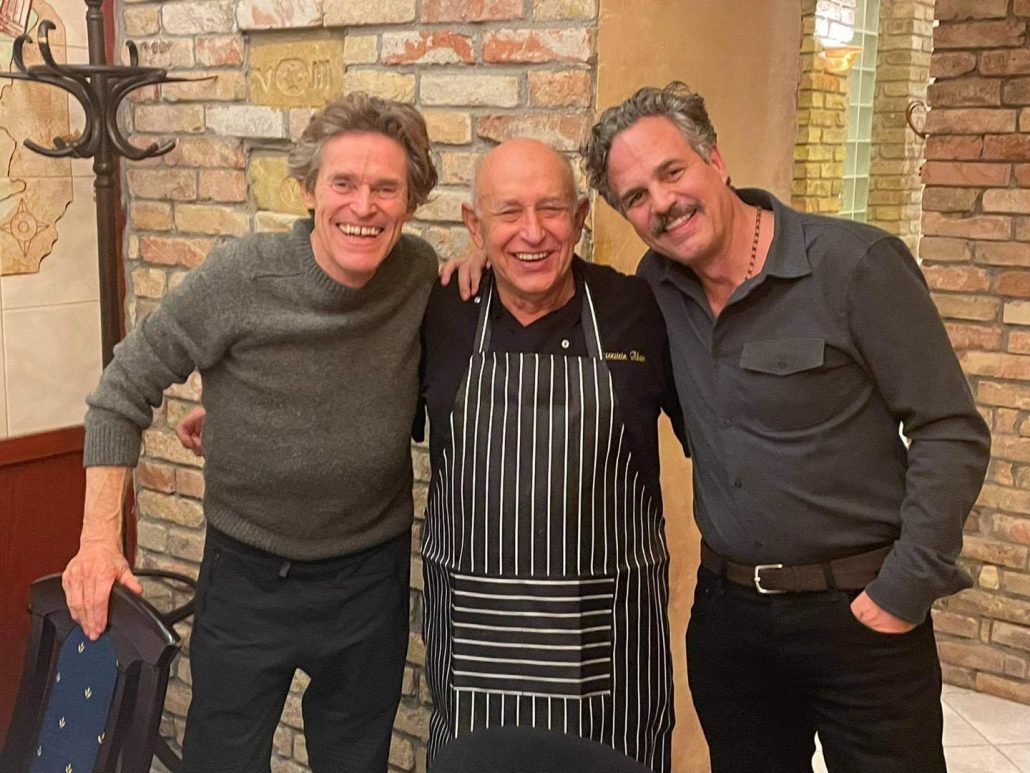 The Rosenstein restaurant in Budapest is becoming more and more frequently visited by Hollywood celebrities. Previously, it was Steven Spielberg, this week, it was Willem Dafoe and Mark Ruffalo – who are now shooting their new movie in Budapest – who tasted the local delicacies in the restaurant.

The world-famous Hollywood actors arrived in Budapest to shoot their latest movie, Poor Things, directed by Yorgos Lanthimos. The production stars such renowned actors as comedian Ramy Youssef and Emma Stone. During this period, Hollywood celebrities are spending months in Hungary, so we can easily bump into them on the streets of Budapest.

Read also: The Hungarian movie industry is booming! – More super-productions filmed than ever

They are usually keen on trying Hungarian tastes, for which many of them choose a small family restaurant, the Rosenstein in Budapest’s 8th district.

This week, Willem Dafoe and Mark Ruffalo, along with the majority of the production’s staff, tried the local tastes there. 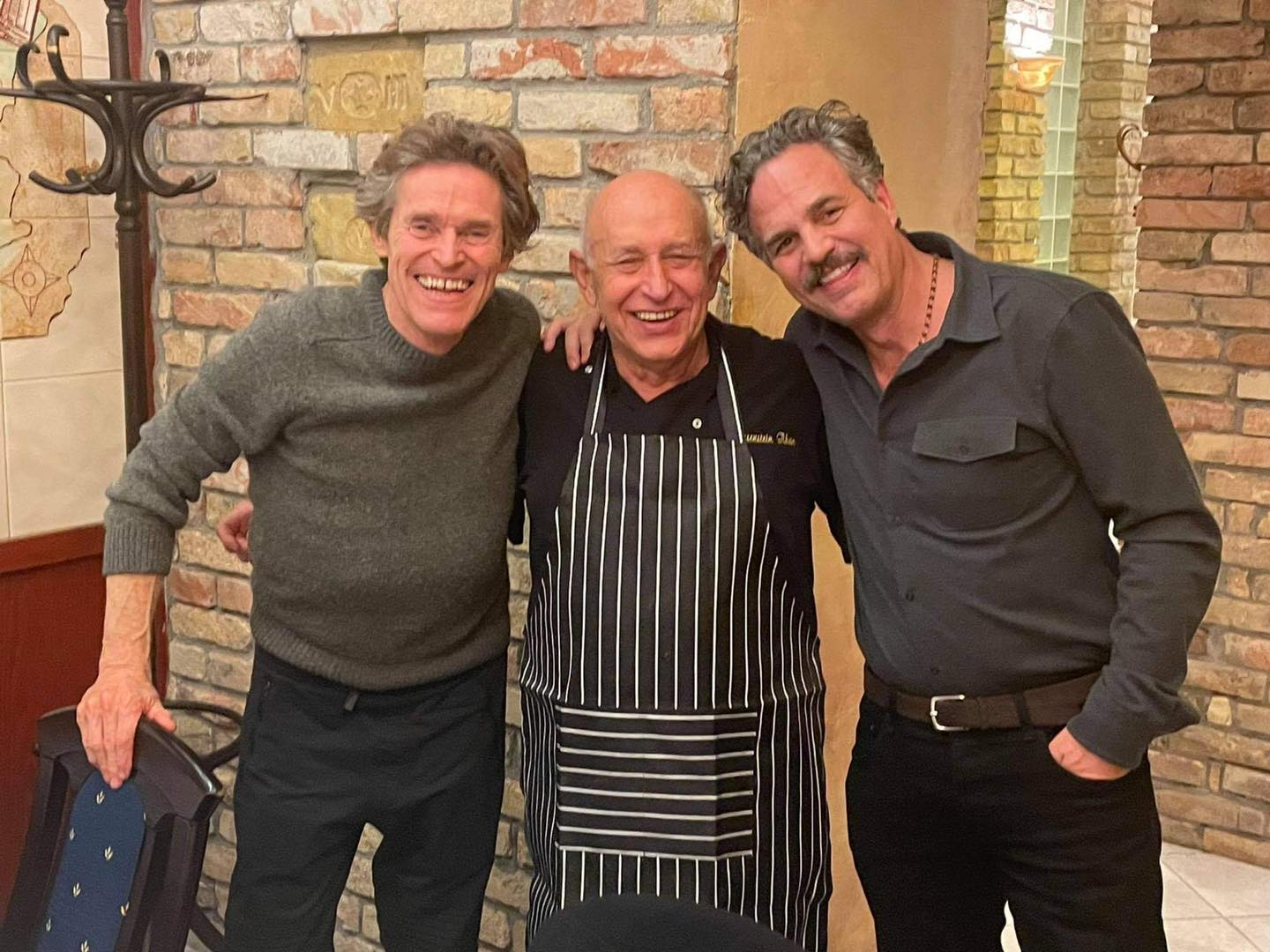 As Hungarian news portal Blikk reports, the group of celebrities started with a kosher homemade plum brandy. Mark Ruffalo ordered a goose liver, while Willem Dafoe started with a bowl of fish soup, followed by stuffed eggplant. Then, he chose a salad and fresh chanterelle mushrooms.” In addition, famous American comedian Ramy Youssef has also recently visited the restaurant with his girlfriend.

However, this is not the first time that Hollywood celebrities visit the Rosenstein restaurant.

Previously, Steven Spielberg also fell in love with the restaurant in Budapest,

which is proven by the fact that even the father of the famous director visited the diner to taste the legendary, delicious food recommended by his son.

The 78-year-old owner, “Uncle Tibi”, also revealed that the restaurant provides a separate room for Hollywood celebrities so that no one can disturb them. He said that similarly to the Spielbergs, Willem Dafoe and Mark Ruffalo also had a great time there and will probably return when they will shoot in Budapest again. The rest of the crew are repeat customers. After the special occasion, the guests were given a bottle of homemade brandy and a Rosenstein cookbook.

As their motto reflects, Rosenstein combines traditions, innovation, and family, offering an extensive menu of Hungarian specialities and Jewish classics. Being one of the greatest favourites of Hollywood celebrities, the restaurant boasts many international successes. Namely, it has been chosen by Dining Guide as the third-best restaurant in Budapest, and it was also listed among the family-run businesses that make Budapest (one of) the best cities in the world today. The Rosenstein coffee is among the favourites of foreigners visiting the Hungarian capital. Not to mention the famous Rosenstein pie that has been chosen as the latest profile picture of Google on Instagram.

Uncle Tibi runs the family-style Rosenstein restaurant with his son. Róbert is very proud of his father, who – like a “terminator” – walks in every day to provide a warm welcome to their guests, in addition to the delicious delicacies. 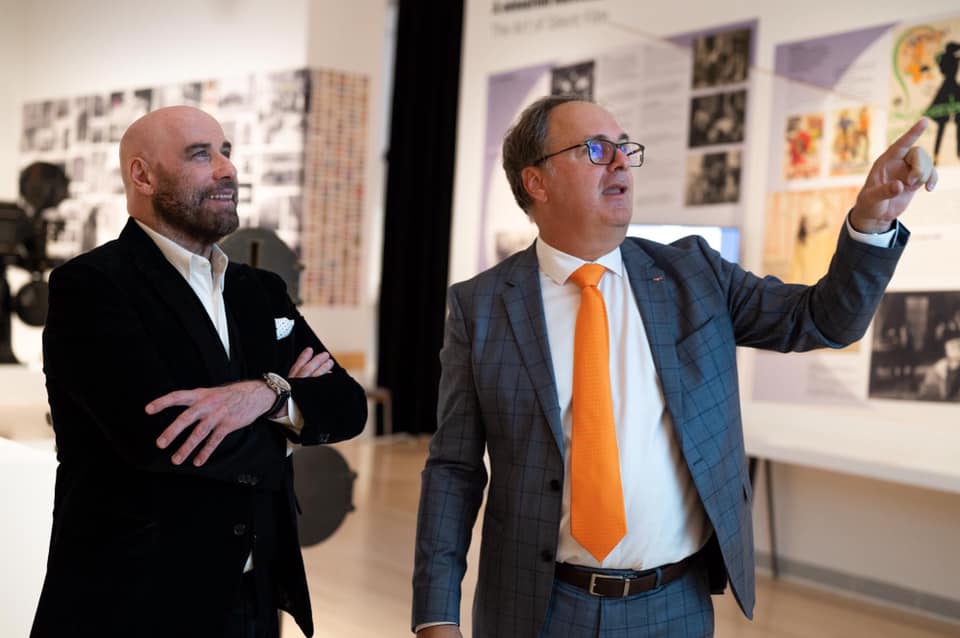 Read alsoTravolta flies his own aeroplane to Budapest; here is why – PHOTOS, VIDEO