This is the next step to build the new Budapest bridge 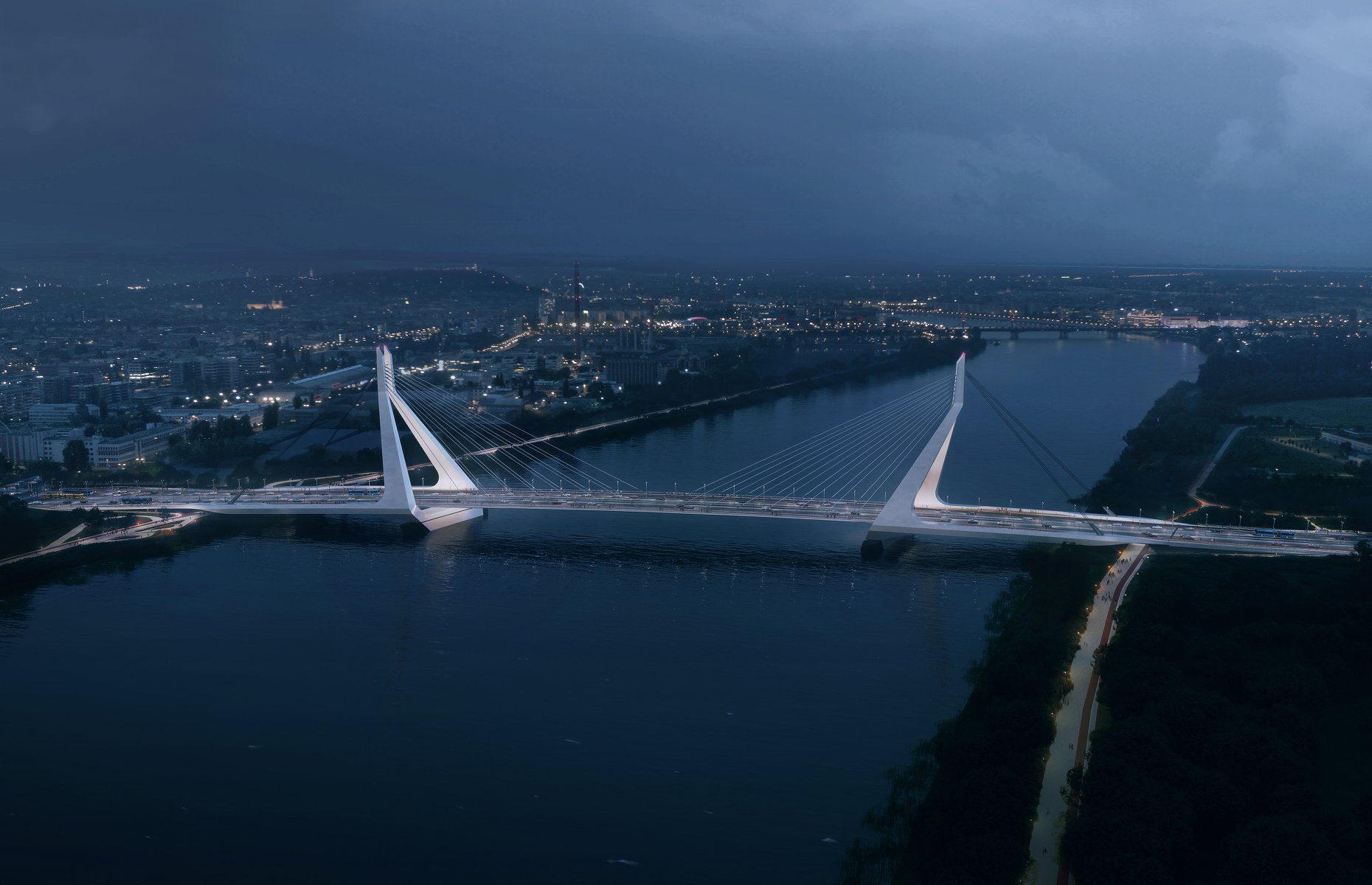 Despite the coronavirus epidemic, the construction project of the new Danube bridge in Budapest did not stop. The government and the capital already agreed on the venue and the support of the new bridge.

After the construction contracts were signed with the winners of the design contest (the Dutch Van Berkel en Bos U.N. Studio B.V. and the British Buro Happold Consulting Engineers P.C.), the Főmterv Ltd was entrusted to carry out the static tests of the project. The project’s coordinator is the National Infrastructure Development Company, and the government already agreed about the venue of the bridge with the leaders of Budapest, Magyar Epitok reported.

The new bridge is going to be half a kilometre long and will have 2×3 lanes. The next phase of its construction is supervising the plans and doing the static calculations. Seven Hungarian and foreign companies have participated in that element of the project, and finally, the winner became the Hungarian Főmterv Ltd, which

will receive a net of 58 million HUF for the work.

The so-called Galvani Bridge is going to have 4 pillars, between which the biggest distance will be 220 metres, while ships will have minimum 180 metres of sailing latitude.

According to the news yesterday, the European Union encourages huge state-financed projects as a tool to

deal with the economic depression caused by the coronavirus.

In order to accomplish this aim, the EU is going to widen the opportunities of the member states, and, thankfully, the bridge project can easily fall into that category.

Experts say that the new bridge can divert the traffic from the inner districts of the capital, so it can reduce congestion in the downtown of Budapest. Furthermore, it can help the economic growth of South Pest, North Csepel, and South Buda. On the new bridge, there will be a tram line, and it will be able to drive away as much as 55 thousand cars from the overcrowded bridges of downtown. Moreover, it can reduce traffic on Üllői Street by 6 thousand vehicles.