Thousands of students protest for a fairer education system

Thousands of students have gathered yesterday to the front of the Parliament, to Kossuth tér, as to protest for a fairer education system. According to online daily Heti Világgazdaság’s report, if the demands of the students’ are not met by the end of January, there will be further protests.

According to reports from the scene, thousands have gathered in Budapest yesterday afternoon, at the corner of Kossuth square and Alkotmány street. The protest was advertised with a Facebook event too, to which 14 thousand people responded with ‘Going’, although not all of them showed up.

The protest was organised by students, but all ages were invited and welcomed who agreed with them. Students and parents stood in support of students’ rights. 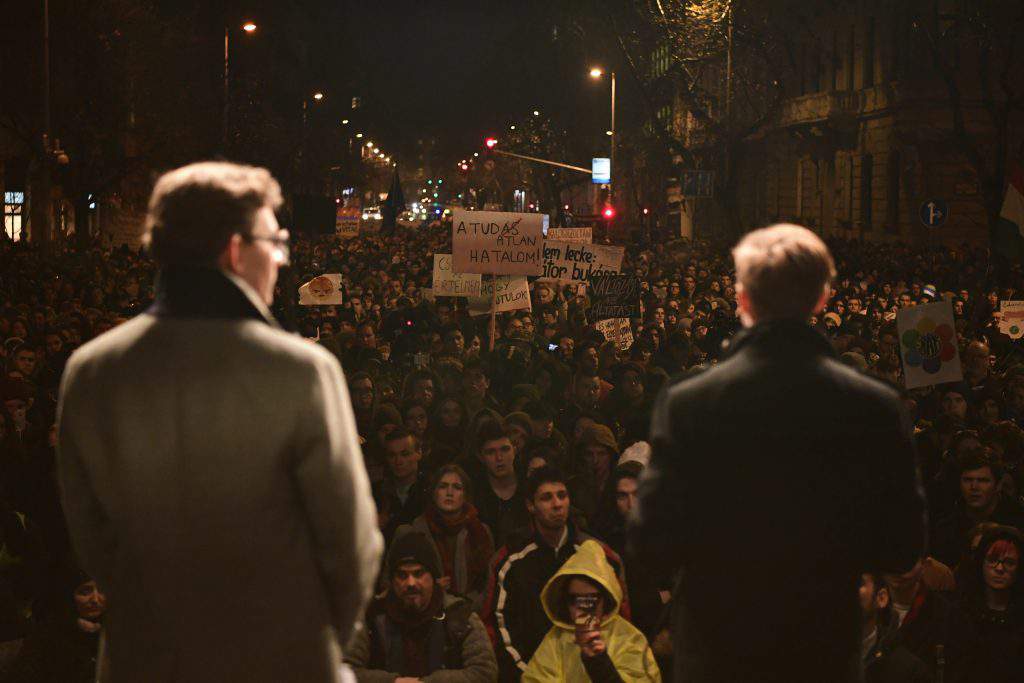 The students arrived prepared with a 12-point issue. The organisers were giving out angry Facebook stickers, and it was announced that only the ‘Mit kiván a magyar diákság’ (What do the Hungarian students want) fliers should be accepted, as the rest are illegal.

According to the brain behind the movement, András Bognár, the current system turns students into anxious adults and the lawmakers should involve students when deciding upon their ‘fates’.

A student from Győr, Daniella Tóth, gave a speech about the restriction of the freedom of speech and drew attention to the latest news that employees of universities are not allowed to give comments without permissions. The student debt is too high, ‘but if I give birth to 3 children, then I’m free to go, thanks a lot!’, said Daniella. 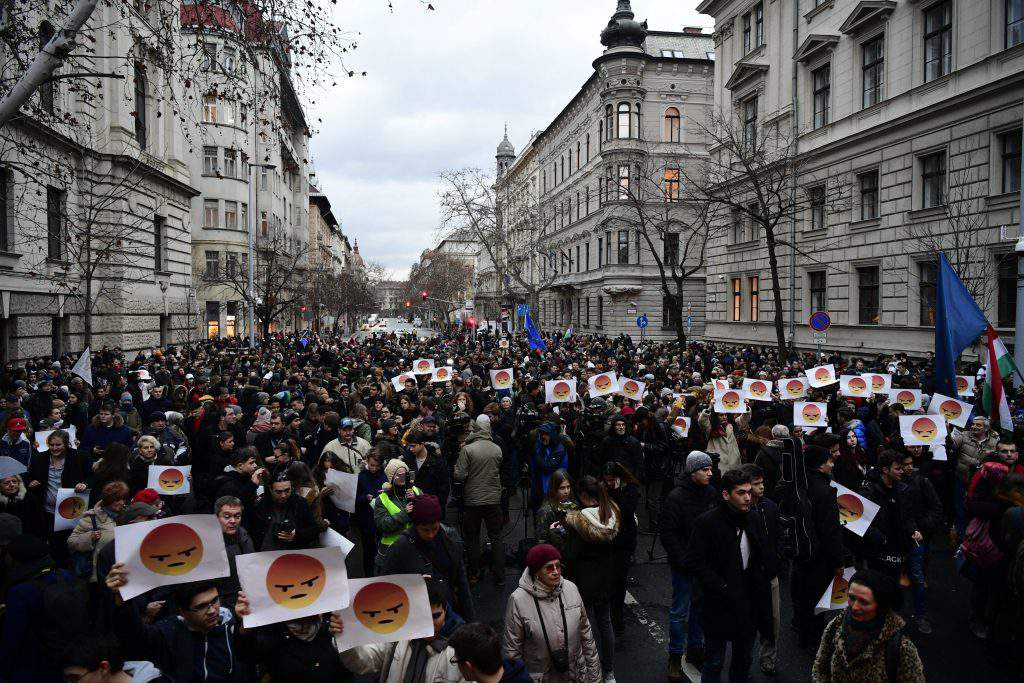 Another student, Laura Tóth, complained about exhaustion and being ‘overworked’, particularly referring to the tiredness students feel after the 8th or 9th period. It could happen that a pupil has 7 periods a day in first grade, she reminded the audience, to which they responded with ‘disgusting’. Students have to study a lot and there is a lot of irrelevant material.

The protesters were also angry about the fact that ecclesiastical schools get 2.8 times more financial aid than their state counterparts.

Among the demands of the students’, we find the limitation on the number of periods per week, the elimination of the 0th period, and compulsory education until the age of 18. They also want the government to initiate negotiations with the student body within a fortnight.