The time there was a bullfight in Budapest

According to index.hu, bullfights are only held in a few Latin countries, and they are viewed with disgust, forgiving contempt or secret envy in the West, where it mostly counts as a barbaric tradition that evokes the atmosphere of gladiator games. Even though nowadays the matter mostly concerns Spain, an initiation wanted to spread bullfights in Central Europe at the beginning of the last century. Furthermore, the Hungarian capital would’ve played a key role in the concept.

Although the so called “animal baiting”, in other words animal fights were frequently organised in Pest until the end of the 18th century, the Hungarian audience and the authorities were averse from the idea of having bullfights a century later. A Viennese entrepreneur was the first to initiate the idea of bullfights and a series resembling medieval jousts in 1899, but his plan fell through due to the protest of the National Animal Protection Association and the hesitation of the authorities.

Still, five years later, toreadors got to the chance to perform in front of Pest’s audience. This time, it was two bankers who initiated the event hoping that Budapest could become the bullfight centre of the region. They even built a huge and modern arena in the City Park to host these events. Even though they were somehow able to convince the authorities, the common opinion was still divided: the supporters hoped for the flourishing of tourism, while the opposition side was afraid that the animal torture would introduce “Spanish barbarism”.

The press reported about the preparations, toreadors and bulls enthusiastically. The group of toreadors was led by Ambriose Boudin (also known as Pouly Fils), a famous toreador from Provence. However, there was a bit of an issue with the bulls. While the organisers ordered special toro bravo bulls trained for fights, which were smaller and more aggressive than Hungarian bulls, but they also wanted to feature Hungarian species.

Naturally, the audience was more curious to see Hungarian bulls, so several landlords offered their worst-tempered bulls for the event. The fights held in the capital wouldn’t have ended with the death of the animal, the toreadors would’ve only stuck needles with ribbons into their bodies, thus signalling that they could wing them.

The bullfights were held between the 11th of June and the 14th of July, 1904, but complications arose right away on the first day: Boudin was wounded by one of the bulls, so he couldn’t perform for a few evenings. The bullfights themselves weren’t as popular as expected: despite the cheap tickets, the arena was never full and the bull saving method didn’t satisfy the audience and didn’t calm those who were worried about the animals.

So the organisers decided that the recovered Boudin would finish the last show with a coup de grace, but this was too much for the authorities, so they interfered. Additionally, a bull got loose in the City Park, so the fights were banned after ten shows.

But before that, the fight between Hungarian bulls and “Spanish” toreadors was held on the 7th day. The Hungarian bulls, which weren’t trained for fights, just stood there while the toreadors tried to infuriate them. They couldn’t get them to fight, so the whole plan came to nothing.

In spite of the failure, some people wanted to organise another bullfight in Budapest in the frameworks of a Central European tour twenty years later. Lacking the necessary permissions, the bullfight was held in Újpest (independent at the time), but not even animal right activist took it seriously. No one was worried about “Spanish barbarism” being introduced in Hungary anymore. 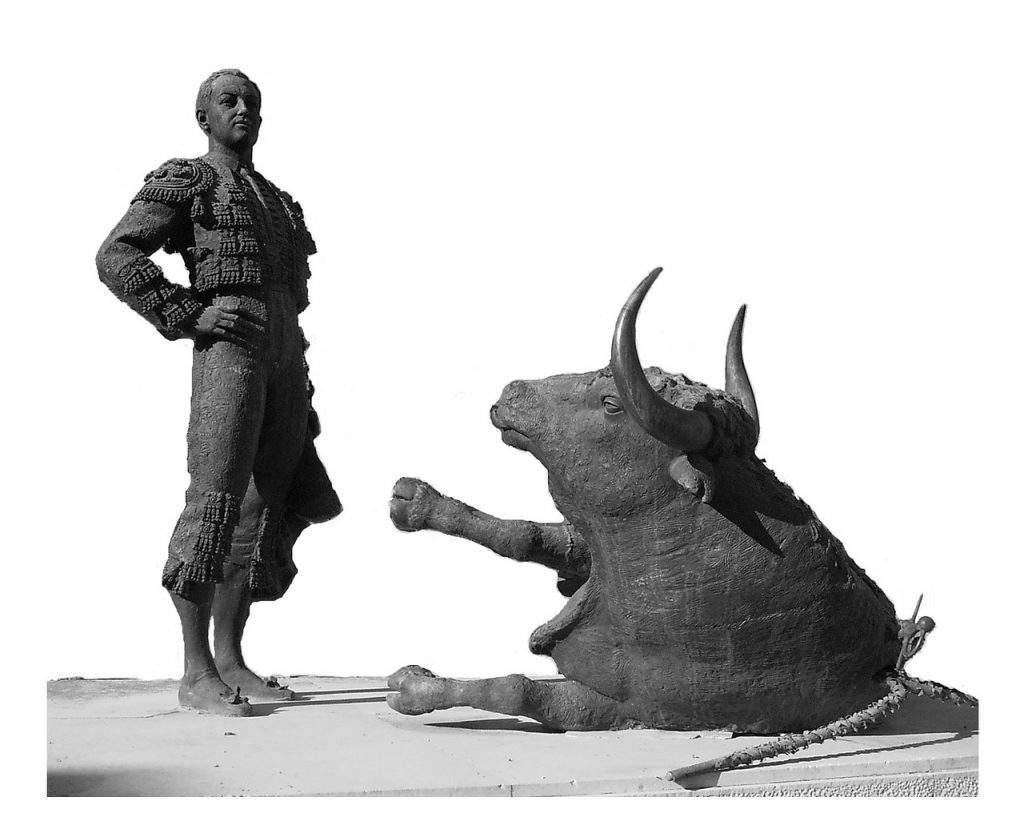