Top money transfer apps in Hungary: Which are most popular?

The post has been shared by 2 people.
Facebook 2
Twitter 0
Pinterest 0
Mail 0
As evidenced by the phenomenal growth of startups like Revolut, money transfer platforms are capturing more of the $160 billion of remittance flowing out of European countries each year. With dozens of services competing for consumer’s attention, including household names like Western Union and PayPal, which money transfer companies are having the most success in Europe? Is there a product that consumers like the most?
NimbleFins took a look at the data to find out.

While detailed data on remittances is quite limited, they were able to measure the relative success of the top money transfer services in each country by looking at their mobile app’s download rankings on the Apple App Store. It turns out that PayPal, relative-newcomer Revolut and TransferWise are winning in nearly every country, but there are exceptions. For example, Skrill ranked in the top 5 in 24 countries.

With a dozen other mobile apps rounding out the top 5 across all the countries, it seems competition for low-fee money transfer apps is still fierce.

To determine which apps are most popular with consumers for transferring money to friends and family, they analysed download data from the Apple App store. Here’s a sample of what they found: 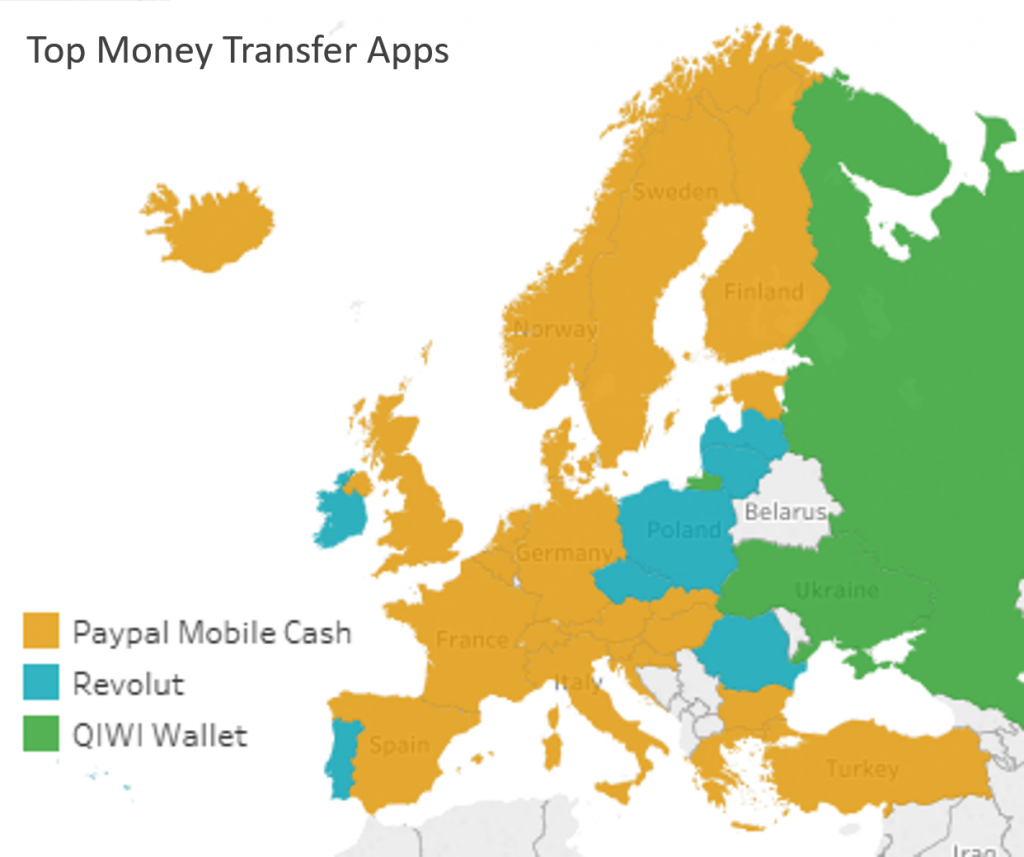