Traditions in Budapest that only locals can understand

Each and every nation has its own set of traditions that they have kept for centuries and still respect, celebrate with enthusiasm. Hungary has a rich cultural heritage, and although many of the traditions listed below are celebrated across the whole country, some of them became very characteristic of Budapest.

The Culture Trip has collected some of the most characteristic traditions, celebrations that take place in Budapest.

Chess at the thermal baths

Thermal baths are themselves a deeply embedded tradition in Hungary, especially in the capital city, where there are over 100 thermal springs. Some of these baths, like the Széchenyi Thermal Bath, offers more than just a relaxing soaking in the healing waters: you can play a bit of chess at the pools. Some locals of Budapest come here often to catch up with their friends over a game of chess, all the while they are healing their bodies and keeping their minds fit.

Farsang is a carnival taking place in February and is celebrated everywhere in Hungary, and its main culinary focus is the Farsangi fánk or the Carnival Doughnut in English. Hungarian people celebrate Farsang from Epiphany (January 6) to Shrove Tuesday, and since after Ash Wednesday day lent sets in, Hungarians try to make the best out of these few weeks: they eat fatty, sugary foods prepared from ingredients that are forbidden after Shrove Tuesday. Doughnuts are one of these delicious treats that are both baked at home, sold in confectioneries and cafés, but there are several doughnut shops too. In Budapest, there is a separate festival dedicated to carnival doughnuts.

Lomtalanítás, or clearing out day is the time of the year when residents of Budapest put stuff that they no longer need out on the streets for others to take it for free. Although there are some real treasures among these items, they are mostly clothes, books, toys or items of furniture that people no longer need. Sometimes, they are actual trash. It happens two times a year, in spring and autumn, on a designated day that varies across districts, and on these occasions, the streets of Budapest resemble a hastily put together flea market.

Hungary’s most significant national holiday is St. Stephen’s Day, celebrating the Hungarian state founding (and the introduction of Christianity) on the 20th of August.

Even though August 20 is celebrated everywhere in Hungary (just think about the Flower Carnival in Debrecen), it is most pompous and lavish in Budapest.

The Hungarian capital city resembles a large festival at that time: roads are closed for traffic, stages are set up at different locations, concerts and other cultural events, workshops take place, and the whole celebration peaks at midnight when the fireworks are shot over the Danube. Since Hungary’s birthday is celebrated at this event, the Cake of Hungary is chosen as well, which is available at confectionaries and cafés afterwards. 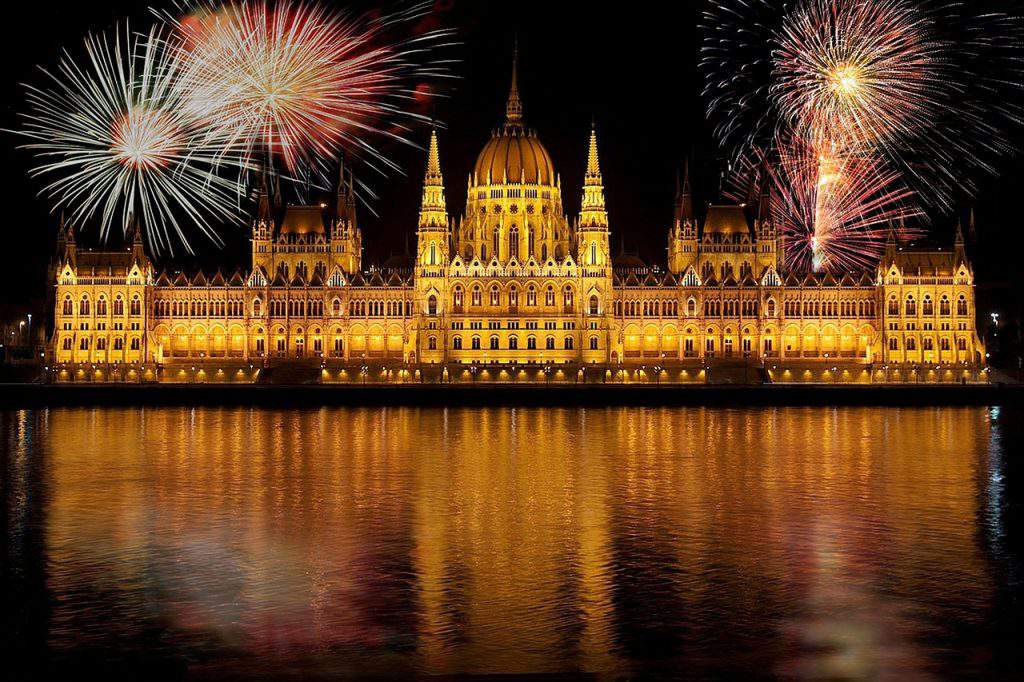 Picnic at the Liberty Bridge

The Liberty Bridge was closed down because of renovation from June 2016 to August 2016, and even though traffic was suspended, pedestrians and cyclists could still use the bridge. The people of Budapest seized this opportunity and organised picnics, live concerts and grill parties on the bridge. In 2017, people petitioned to have the bridge closed again for the same purpose of fun, and the city granted their wish, providing four weekends. The next year, pedestrians got four weekends again.

It seems like this is becoming a tradition in Budapest, where people work together to have fun together.

Hopefully, the bridge will be closed this year as well, but so far there is no information on this yet.