According to hvg.hu, it takes weeks until provisional retaining wall will be ready on Deli (South) Railway Terminal, then trains can start again from there. Final restoration can be launched in the second quarter of the year- MAV (the Hungarian railway company) said. The station is empty, but most of the shops are open. However, customers hardly occur at the empty station. The surveyed retailers were complaining about customer attrition.

MAV has placed sandbags as a mitigation measure so far and operates a continuous monitoring service from the retaining wall slip in January 25 as well as held several site visits. The last one, on Monday, staff of the disaster prevention, the local government concerned, the mining authority, the transport safety and transport authority was also present. They made an agreement on the future measures. Commissioned by the local government, water pumping begun from the area.

According to the data of the railway company, an average of 250 trains per day runs to or from the Deli Terminal which transport 10-12 thousand passengers during winter.
MAV announced that condition of the tunnel entrance has not changed, new retaining stones have not fallen, but pressure on the cornice stones remains high in the right wing wall, hvg.hu says
According to the railway company, the final recovery projects, which will begin after the several week-long temporary restoration, are expect in the second quarter – after tendering. 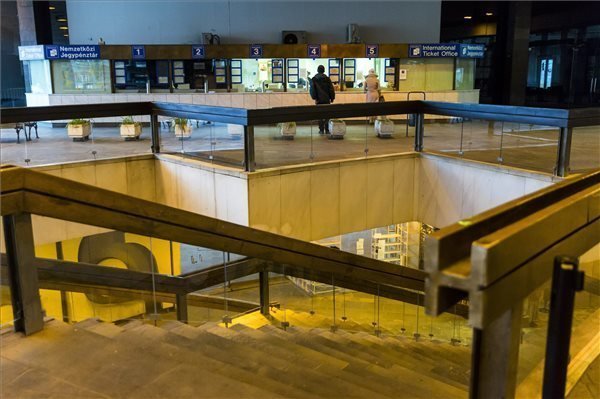 It has been proven there is a need for Deli

When asked whether the closing of Deli Terminal is planned and the transport would be lifted to Kelenfold Station, MAV said Kelenfold Station is already operating at the border of its capacity. This proves that several trains must be cancelled because Keleti could not deal with the increased traffic.

Recently, studied reached the same finding: Budapest-Deli Railway Station remains an important head railway station in the future as well. Long term, it can remain an economically operable, multi-modal junction by the renovation of buildings and the built environment – said MAV.

Life in the ghost train station

MTI correspondent found at the place on Wednesday that Deli is almost totally deserted. Although cashiers and international cashiers are open and the information desk is also operating, there are hardly any passengers. Thus, buffets and shops between exits and the station building are all closed. Only the national tobacco shop was open.

The railway station is walkable, but only one shunter was there, at a track.

Replacement buses going to the Kelenfold Station stop in Alkotmany Street, but only 2-3 passengers were waiting for the departure, hvg.hu says.

Only one taxi driver was at the station. He described the situation with one word: “death”. He added he was just there of habit.

The grocery operating at the side of the tracks also complained about the disastrous decrease of traffic. It is not worth to be open because traffic dropped by 70%.

Shops were open in the lower part of the subway and close to it but retailers were also complaining about drastic decrease of traffic.

Owner of a pub operating under the station also reported a 70% decrease of traffic and they were open only to keep their regulars. 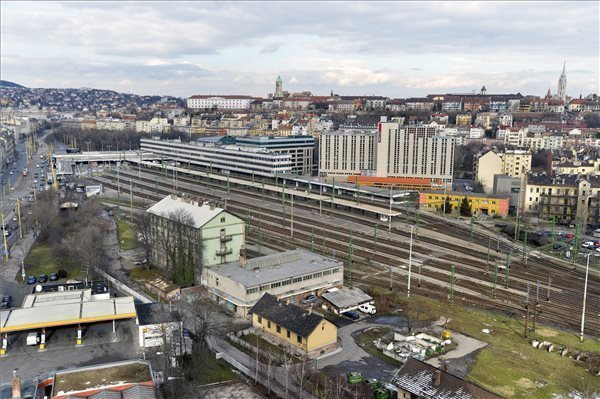 Tunnel was closed on January 31

On January 25, stones fell to the rails from the retaining wall, but then traffic was only limited. However, on January 31 tunnel had to be closed. Initially, it was thought that rain water caused the damage, but Tuesday’s preliminary expert opinion said water from aquifers and leaking water did this, hvg.hu says.

According to hvg.hu, Chief Press Officer of 11th District, Levente Milassin said the expert opinion excluded the responsibility of the local government.

When asked about that whether the recovery and other costs should be borne by the MÁV Zrt, Milassin said it could be determined after the final expert opinion. Serious lawsuits also can be counted due to the loss of income, so the total cost can be hundreds of millions, even billions.

based on the article of hvg.hu
translated by BA