Budapest, February 25 (MTI) – It is essential in today’s civic Hungary to remember and pay respect to the victims of communist dictatorship, forced labour camps and the crushed 1956 anti-Soviet uprising, deputy speaker of parliament Gergely Gulyas said on Wednesday.

Addressing a commemoration dubbed Trauma and Taboo – Malenki Robot 1944/45 – 2014/15, Gulyas said that 70 years ago Hungary stood on the border-land between two murderous dictatorial regimes. Nazi occupation was replaced by Communist occupation in what Hungarians were forced to call liberation for several decades, he added.

Human resources ministry state secretary Bence Retvari said that 2015 has been declared the memorial year of malenki robot and the Gulag, and the plan is to dedicate an entire year until February 2016 to research and the dissemination of information about every detail available. 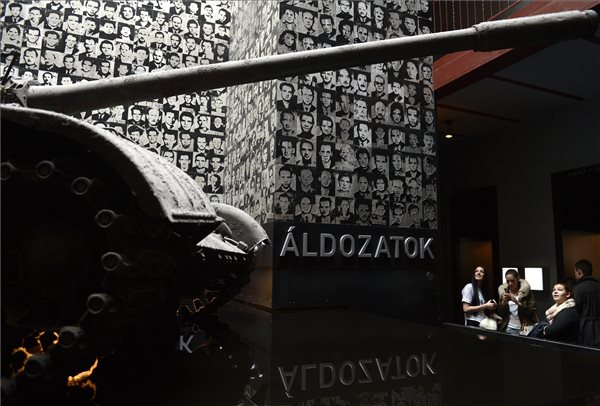 The state secretary added that it was one of the moral obligations fulfilled by the current civic government to increase the pension supplement for 77,000 victims of communism from November last year.

Director of the House of Terror Museum Maria Schmidt said that collective guilt, ethnic cleansing and forced labour camps were part and parcel of the Soviet regime. A total of 700,000 Hungarians ended up in forced labour camps and around 300,000 of them never returned home. Soviet figures show that nearly 4 million foreigners shared this fate, including 85 percent Germans, Japanese and Hungarians.

Schmidt said it is an obligation to remember because “until these wounds of the past are not healed, they will overwhelm us”.

February 25 is observed as a memorial day of martyrs of communism since 2000, under a parliamentary decree. On this day in 1947, leader of the Independent Smallholders’ Party Bela Kovacs was illegally detained and deported to the Soviet Union.

Even though he is often forgotten, having to live in the shadow of Ferenc Puskas,…
OTP Prime Real Estate Investment Fund has fully acquired Corvin Technology Park…
A new scholarship programme by the government, regulated by the Tempus Public…
We and our partners use technologies, such as cookies, and collect browsing data to give you the best online experience and to personalise the content and advertising shown to you. I accept
Privacy & Cookies Policy