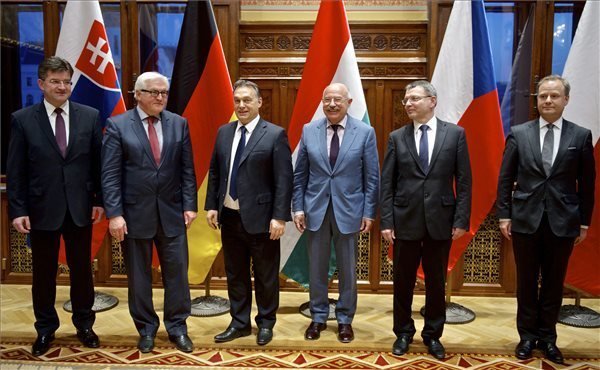 (MTI) – Any possible European sanctions against Russia will have a major impact on the Visegrad Group countries, Foreign Minister Janos Martonyi said after a meeting of his V4 counterparts in Budapest on Thursday.

Martonyi said that if the EU puts in place the third stage of sanctions against Russia, Hungary will “expect solidarity” from other EU members.

Martonyi also urged that assistance to Ukraine should be speeded up in terms of trade, the EU-Ukraine association agreement, a planned financial package to that country and energy supply.

German Foreign Minister Frank-Walter Steinmeier, who attended the meeting of the foreign ministers of the Czech Republic, Hungary, Poland and Slovakia, said that Russia seems to have decided to annex Crimea, and is evading settlement efforts. He added that he saw little hope that the situation would change before next Monday. After the referendum, it is expected that preparations will start for Crimea to join Russia, he said, calling the Crimean referendum on ceding to Russia, planned for Sunday, “unacceptable” both in terms of international law and Ukraine’s constitution.

He said it was not necessarily a goal to apply sanctions but if events unfold in an unacceptable way then the necessary decisions will be made. He added that a third wave of sanctions may be needed.

The German minister expressed appreciation for the role that the Visegrad countries had played during the Ukraine crisis, adding that the standpoints of Germany and the V4 were “identical or very similar”.

There is a danger that after 25 years of European reunification the continent will be divided once again, he said. The situation is “highly flammable”, but in this case Europe must keep a “cool head”.

The concerns of the V4 “are not Hungarian, or Czech, or Slovak or Polish worries but European worries, and therefore our concerns, too,” he said.

Steinmeier said memories in central and eastern Europe of 1956 in Hungary and 1968 in Czechoslovakia were still fresh. He added one should not allow the most important aspect, support for Ukraine, to be ignored, however. The kind of support should be offered which genuinely helps the lives of its citizens rather than “disappearing along different channels,” the minister said.