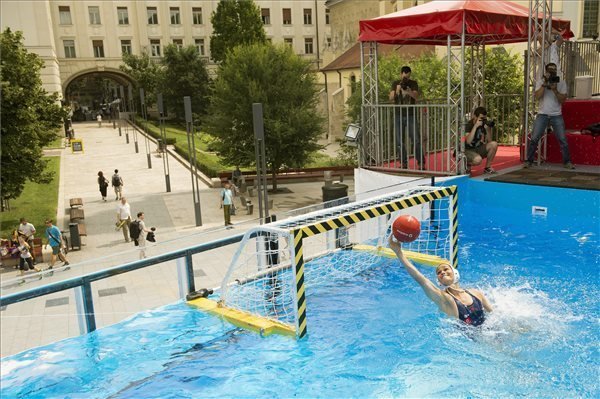 (MTI) – Viewers can watch the last matches of the European Water Polo Championships in live broadcasts on giant screens in central Budapest from today. 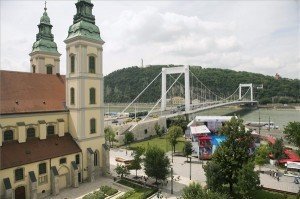 The screens have been installed at the temporary water polo arena built at Marcius 15 Square, it was announced at a press conference introducing the facility.

“Starting from Thursday, all men’s and women’s matches in the semi-finals and the finals will be shown in live broadcasts until Sunday,” Gyorgy Beck, the CEO of Vodafone Hungary, the project sponsor, said.

The arena will open daily at 10am and allow free entry to the public.

The main attraction is a 8×16 metre pool with glass walls where show matches and other attractions will be held.

At the championships that started on July 14, the Hungarian men’s and women’s teams have already made it into the semi-finals.