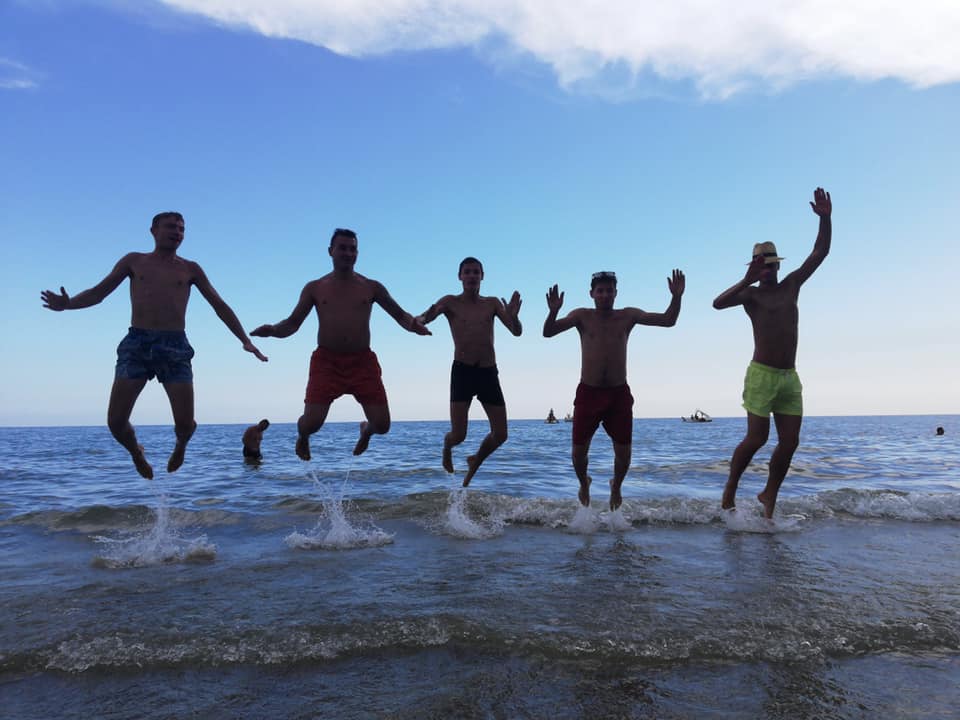 What a show! – Hungarian folk dance on the beach – VIDEO

The performance of the Hungarian “Szabolcs” Folk Dance Ensemble has become a huge hit due to their unique performance.

The boys made a video, in which they are dancing Hungarian folk dance on the beach of the Italian Jesolo, and posted it on Facebook.

As szeretlekmagyarorszag.hu describes, the one-minute-long show has become so successful that more than 500,000 people have clicked to view it, and it has been shared 6,000 times so far. The dance team got many congratulatory and supporting messages for the fantastic show.

The dance team is the oldest folk dance ensemble of Nyíregyháza, which is the 7th most populated city in Hungary. It was founded in 1957 by György Dalanics, with the purpose of introducing folk tradition and culture to a wider audience, including younger generations as well.

Members of the ensemble also represent several generations “from a very early age (children from nurseries) up to seniors (even retired people)”. The most important goal is to make Hungarian folk music and dance enjoyable for all participants.

According to szabolcsneptanc.hu, the dancers can be seen on numerous occasions, including cultural events, dancing workshops, etc. Their special feature is that folk dancing movements are combined with modern choreographies, as a result of which the composition of old tradition and stylish progression can be enjoyed. This can be considered as the ‘secret’ of the ensemble: raising people’s interest in folk dancing, folk singing, and respecting folk traditions.

Besides these factors, the aim of the “Szabolcs” Dance Ensemble is to preserve all the dances “collected and taught in its 57 years of existence,” and to make domestic dancing culture varied by continuously renewing choreographies.

As far as the video is concerned, transmitting significant folk values to younger generations is also an important goal of the ensemble, through which the folk culture of Hungary can be introduced in a special but extremely enjoyable way. 🙂