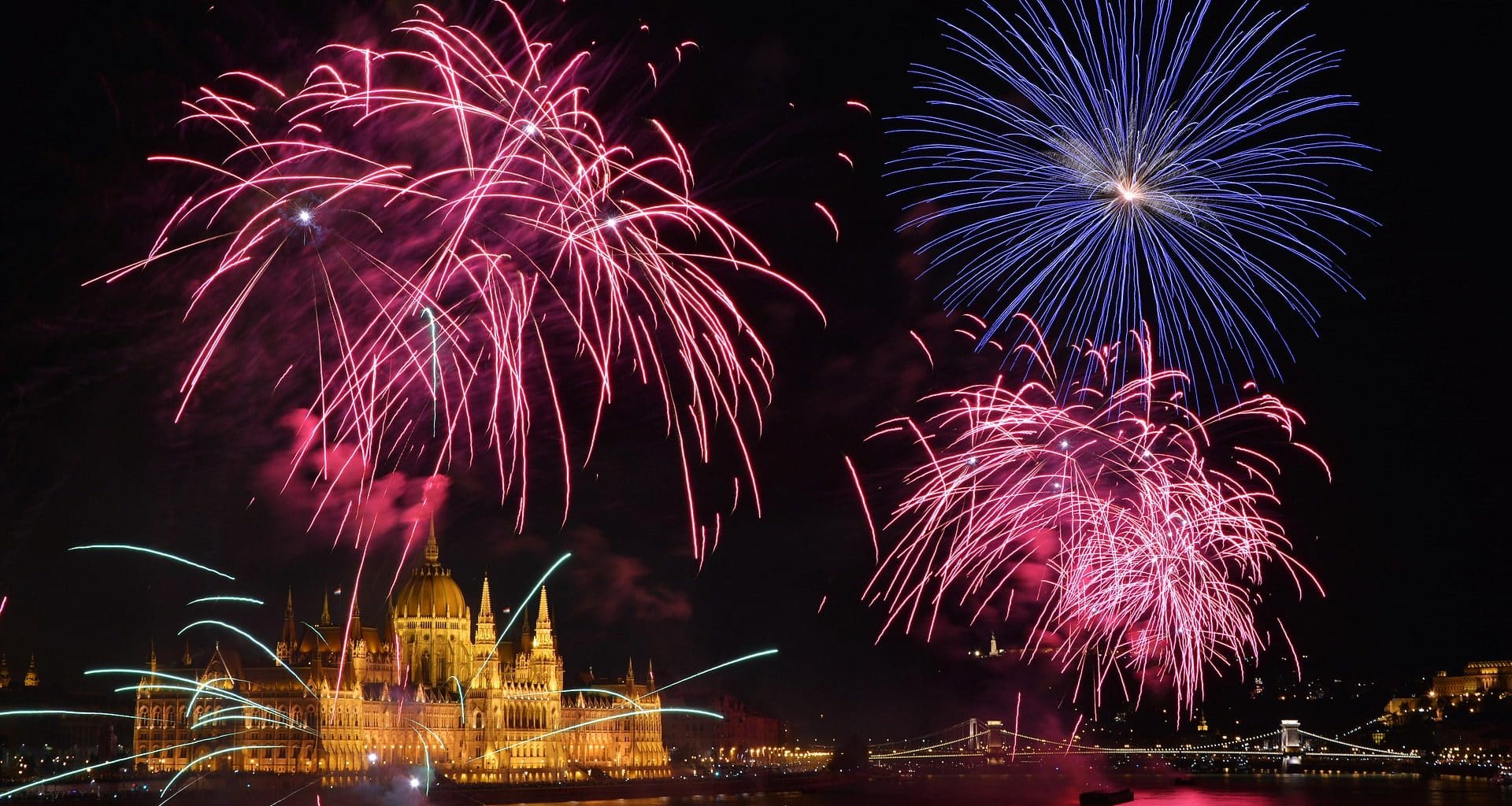 20th August – within the framework of this year’s spectacular celebration more than 26,000 visual effects and 3,600 firework bombs will entertain the audience.

The festive program starts at Kossuth Square, where the national flag will be hoisted, along with military honours. The inauguration of army cadets will follow this; celebratory speech will be given by Tibor Benkő, Minister of Defense, and Áder János, President of the Republic. The Hungarian Defense’s airshow can be seen over the Danube between the Chain Bridge and Parliament; during the 50-minutes long program fourteen aircrafts (including Gripen), helicopters and boats will appear.

As the Hungarian news portal blikk.hu describes this year’s fireworks show has been implemented by less financial resources than last year – numerically about EUR 680,000.

Pyro-technicians have designed more than 26,000 visual effects, for which 6,500 pyrotechnic elements are installed. At least 3,600 firework bombs can be expected; the most advanced specialised software has realised the design, synchronised for the pace of musical accompaniment – reported by Zoltán Kovács, State Secretary of the Prime Minister’s Cabinet Office.

The spectacular show starts at 9 o’clock in the evening. The fireworks will be shot up at 9 locations – at two sections of the Danube from seven barges and pontoons; from the Chain Bridge and the Elizabeth Bridge – and a surprise can be expected this year as well.

55 firemen and 16 vehicles will provide local security. Firefighting ships will be on the alert at the affected Danube sections – said by Dániel Mukics, spokesman for the National Directorate General for Disaster Management.

“If someone sees fire, or any firework, pyrotechnic product which does not work properly, should call 112 emergency number immediately, or contact the fire department on site.”

In case of bad weather, the operational department might decide to cancel the event. In case of emergency, instructions will be given through loudspeakers, or personally at the scene provided by the authorities. The spokesman also highlighted that taking care of each other is important as the crowd will not be smaller by jostling!

Presumably, Tuesday’s ceremony will not be disturbed by the weather.

Budapest Police Headquarters asks onlookers to pay attention to their values, as pickpockets might hide in the crowd, so valuable objects should be ​​stored in internal pockets. If the whole family participates in the event, they should take care of each other, especially children, giving them identifying documents or fixed arm strap with the parents’ phone number on it.

The Ambulance Service asks people to pay attention to warnings, take care of children and do not climb up to dangerous places for a better view. In case of trouble, help can be requested from rescuers at the scene, or by calling emergency if necessary – reported by Pár Győrfi, spokesman of the National Ambulance Service.

Delicacies and music at Buda Castle

Hungarian Festival of Crafts in Buda Castle started on 17th August, while Street of Hungarian Flavours opened its doors on 18th August at the Castle Bazaar – where Hungary’s cake, “Lady’s Lace” (Boldogasszony csipkéje) can be tasted for the first time, along with the country’s sugar-free cake, the “Small chestnut” (Kicsi gesztenye). There will be concerts and children entertaining shows, including Hooligans, Gyula Deák Bill, Beatrice and Csík band.