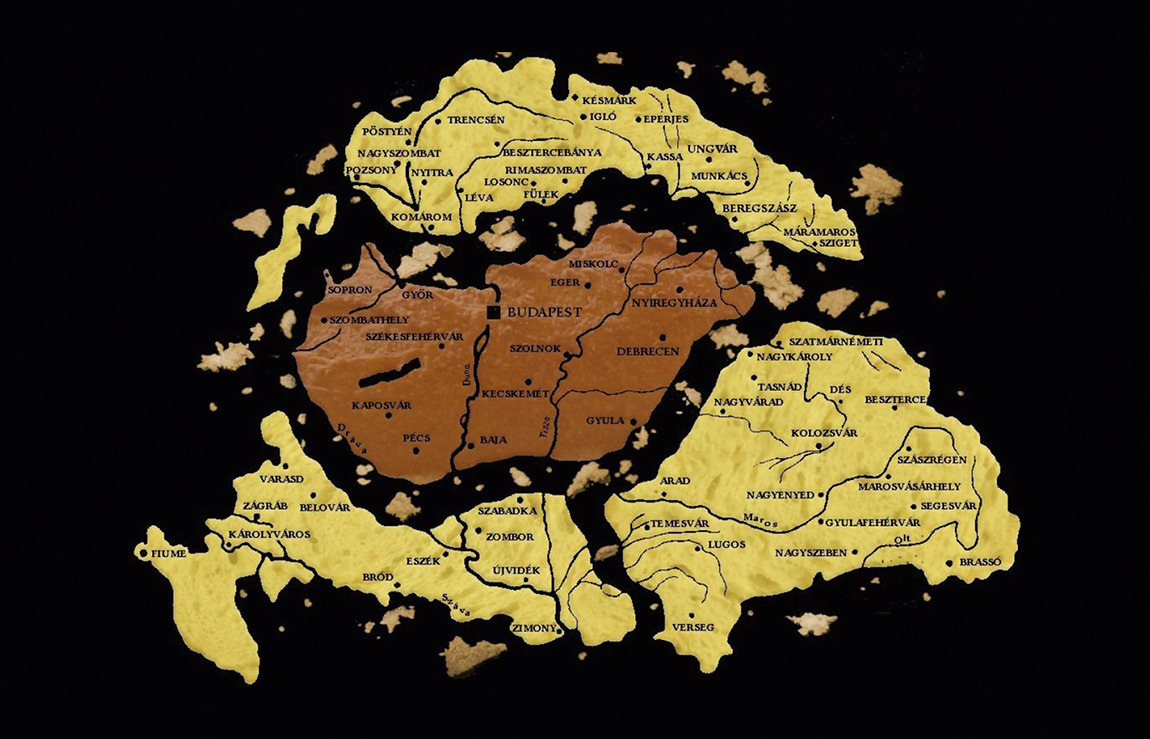 What is a geological Trianon? – Hungary is shrinking by the minute

However, this time, the so-called “geological Trianon” is not man-induced, rather, it is a natural phenomenon. Due to tectonic movements, Hungary is shrinking by about an average soccer field in the east-west direction every year. The same force is slowly eliminating the Mediterranean Sea and merging Europe with Africa.

The magnitude 6.4 earthquake which happened in Croatia at the end of 2020 still has aftershocks; the last tremor that could be felt in Hungary happened about a week ago, and the Petrinja region is expected to continue to experience the aftershocks for days or weeks. According to 24’s previous article, the earthquake was caused by the collision of the African and Eurasian tectonic plates. Most of the time, we do not feel it, but the two gigantic plates are pressed against one another at a speed of about six millimetres a year. This might not sound like a lot, but when accounting for the enormous mass of the two tectonic plates, those are monumental forces, and they are actively shaping the entire Earth’s surface.

This collision will lead to the disappearance of the Mediterranean Sea in about 10-100 million years from now, and you would not be able to tell where the divide between Europe and Africa is.

But what does the nicknamed “geological Trianon” mean exactly for Hungary? Well, at that speed, Hungary is compressed from the west to the northeast, and the two corners of the country get closer to each other by an average of two millimetres per year, which is about an average of 100 by 50-metre area loss every year. Think about it like resizing an image in your documents, but the rate is about a soccer field every single year.

To help us understand what exactly is going on under our feet and what causes it, 24 asked Dr Gábor Timár, a geophysicist at the head of the Department of Geophysics and Space Sciences at Eötvös Loránd University.

They break, fall, and deform

The scientist says that the easiest way to think about the tectonic plates is to imagine a river in early spring when the water is flowing, but there is still ice on its surface. The flowing water keeps the ice sheets in constant motion, and along the “faultlines” or where the ice broke, they keep pressing against each other. If there were enough space, some may move away, but those that are colliding create enormous tension; the blocks either crack even further, become congested, or one dives under the other, just like tectonic plates.

Back to Europe and Africa: the faultline between the continents runs east on the line connecting Rhodes and Crete; south of this lies the oceanic remnants of the African plate. Further west, the collision zone goes around the Adriatic Sea.

The collision of the two continental plates on the latter zone is what created the Alps, the Apennine Mountains, and the Dinaric Alps, and it also caused the recent earthquakes in Croatia.

The Aegean Sea Plate is a small tectonic plate in the eastern Mediterranean Sea. Its southern edge is a subduction zone south of Crete, where the African Plate is swept under the Aegean Sea Plate. This travels towards Africa at a rate of one centimetre a year and tries to pull and stretch the surface behind it, so a pulling tension is created. The scientist explains that this is what caused the magnitude 7 earthquake in Izmir last October.

Timár says that it is hard to predict what will happen exactly, but the motion and deformation are constant. There are certain events that are believed to take place in the future, but they might not come true. If you are interested in what scientists predict to happen, here is an animation of how the Earth could change over the course of the next 250 million years:

The most important thing about Hungary is that the Carpathian Basin is geologically located between the anvil and the hammer. The force generated where the African and European plates meet reaches Hungary from the west through complex tectonic movements along smaller faultlines and pushes the Pannonian Basin east. But in the east – roughly where Ukraine is –, there lies the anvil, the almost immovable Ukrainian Shield.

While the displacement from the west-southwest is 5 millimetres a year, on the north-eastern edge of Hungary, on the Szatmári-síkság (Szatmár Plain), it is almost zero. This means that the plates below Hungary are compressed. The border stones on the eastern and western edges of Hungary are getting closer to one another by an average of two millimetres a year.

This tiny change means that the total area of Hungary decreases by about 5–6,000 m2 yearly. Although it is not the scientific name, this might give you an idea of why it is called the “geological Trianon”.

On the Háromszék–Bucharest line, in the Curvature Carpathians, the remains of the plate that dove under relatively often cause earthquakes of magnitudes up to 7. A memento of the tectonic plate diving under is the volcanic crater home to Szent Anna-tó (Saint Anne Lake), from which magma burst to the surface some 30,000 years ago.

Fortunately, the epicentre of these earthquakes is very deep, about 200-250 kilometres from the surface, so the energy of the shockwaves is most often greatly reduced by the time it reaches the surface, but not always. In 1977, for example, a magnitude 7.2 earthquake, mainly affecting Bucharest, caused tremendous damage and killed more than 1,500 people. 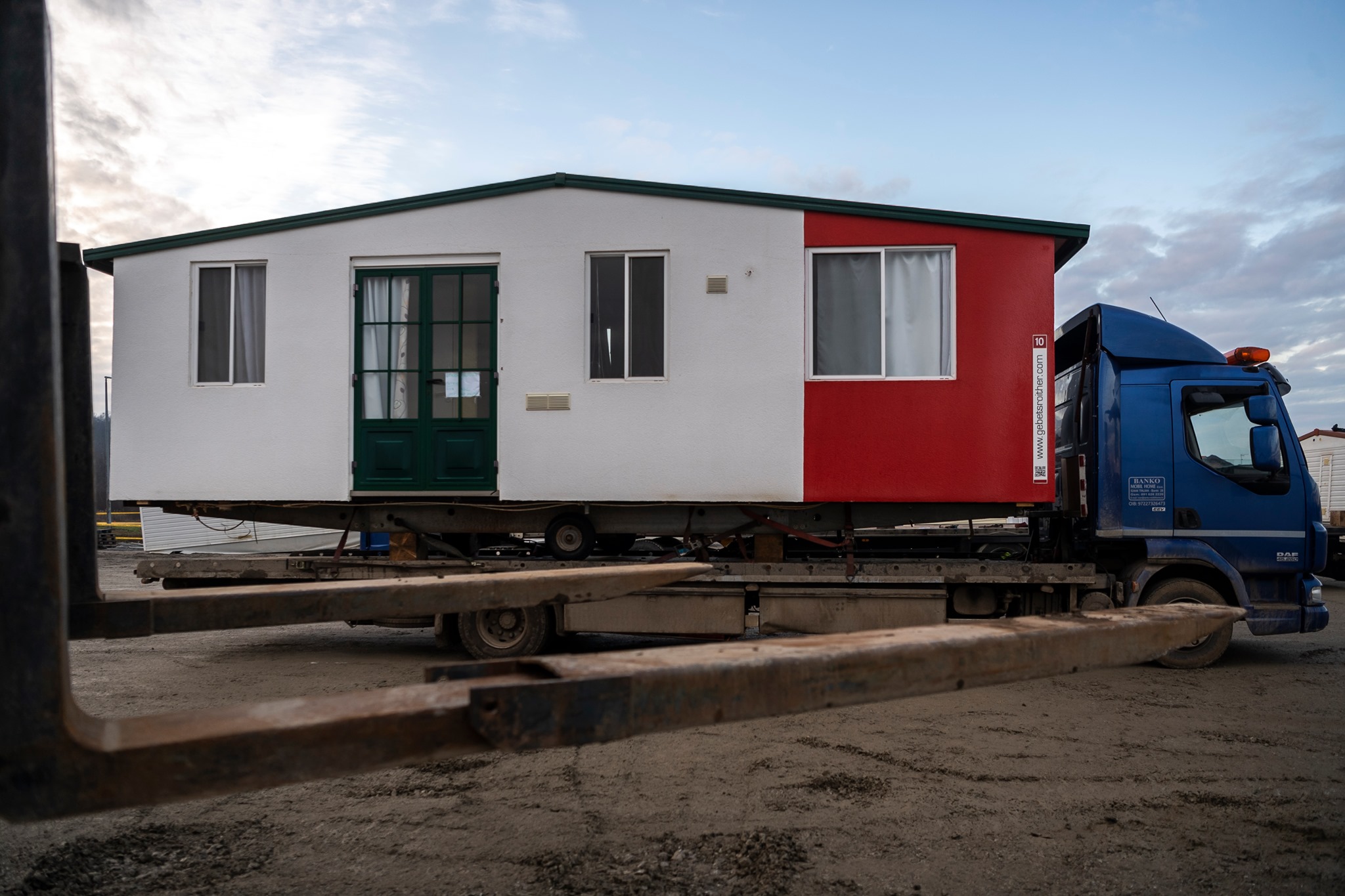