Where is the Best Playground of Budapest?

One of the most amazing playgrounds of Budapest was inaugurated at the corner of Kiss János altábornagy and Margaréta streets in District XII. The inauguration was preceded by a week’s test operation, hvg.hu reports.

The event was attended by local resindents who gave many ideas for renewing the Margaréta playground. The designed playing-field that comes with some new ping-pong tables was enlarged by large families’ suggestions. 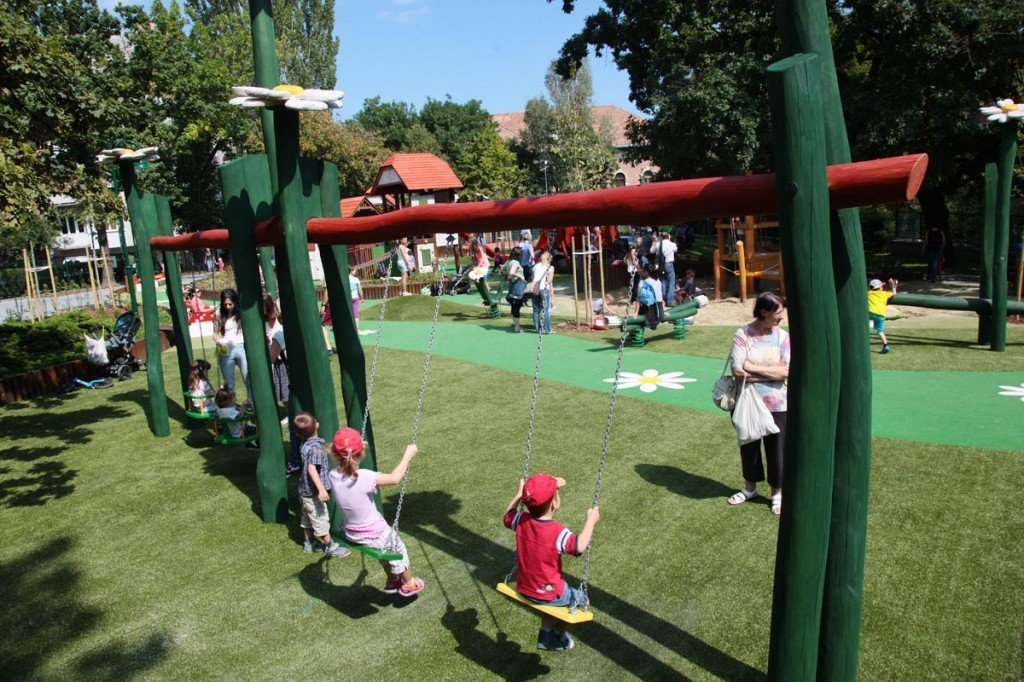 The project aimed at bringing children together with elements for every child. The central element is a multifunctional castle with slide, climbing wall, suspension bridge, climbing net and small furnitures. Moreover, baby (bucket)swing, seesaw, sandpit and many other elements are waiting for those who want to have fun.

A playground where you can play, daydream, exercise, stroll, discuss, plant, rest and have fun.

based on article of hvg.hu
by GAnina