Who invented the ballpoint pen? This is a simple question, but not many people can say the right answer: Laszlo Jozsef Biro. In our life the ballpoint pen is one of a main assets but we still don’t know the inventor. You can read here his biography.

László József Biró was editor of a paper in Budapest called Hongrie-Magyarország-Hungary, and he also was interested in painting and sculpture. Once, when working with several tiny balls, he accidentally spilled a bottle of ink. Watching the balls track the ink across the table gave him the idea for his invention. His first ballpoint contained a large ball, and the pen was intended to be used for marking crates of goods. 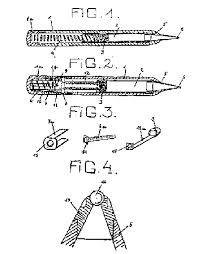 Later, he reduced the size of the ball, so the pen could be used for writing. He first presented his pens at the Budapest International Fair in 1931. In 1939, the invention was purchased by a German manufacturer. They began manufacturing the pen, but used ink that quickly dried out. In the United States, an attempt was made to use oil paint, but it, too, failed. Biró continued working to design an ink of the right consistency, first assisted by his brother György, and later in workshops owned by the firm of Goy and Kovalszky. (Andor Goy played a major role in designing a ballpoint that could be manufactured on large scale. The Go-pen brand popular in Hungary in the 1950s was based on his name.)

Laszlo Jozsef Biró (in spanish: Ladislao José Biro) moved to Argentina, and kept testing inks. Working with the type of ink used to find cracks in cast iron, his first successful ballpoint pen was patented in Argentina on June 10, 1943. It was first distributed under the Eterpen brand, and then, in France as BIC (Biro Crayon). In English-speaking areas some people still call the ballpoint a biro. Biró was so highly respected in his chosen home that his birthday, September 29, was chosen as Inventors’ Day. He also designed a bottle labelling line, and patented a phenol-based resin.