200 violent cases on Budapest suburban railway – company does nothing

More than 200 harassments may have already taken place on the HÉV lines in Gödöllő and Csömör. A petition demanding security guards and cameras has already been signed by 3,749 passengers. In contrast, MÁV knows only about one single passenger harassment.

In recent weeks, the number of passengers who have signed a petition demanding cameras and security personnel for suburban railway cars has jumped to 3,749. As Telex has previously written, there may have been more than 200 harassments on the Gödöllő and Csömör suburban railway lines, and according to one of their readers, acts of violence and vandalism occur almost weekly on the Gödöllő line of HÉV.

Three weeks ago, there was an attempted rape; the woman resisted, but the rapist broke her nose. Since then, an investigation has been launched about the case.

Telex contacted the press department of MÁV-HÉV to get more information on exactly how many violent cases they know about and whether there is an emergency button or a camera in the trains, and if not, what they are planning to do to increase passenger safety. However, according to a new “practice” introduced this year, the company did not answer Telex’s questions, and the paper had to submit a public interest data request.

In the end, MÁV-HÉV did send a response to Telex, in which they revealed that to the company’s knowledge, there has been only one violent case against passengers in the past year. They highlighted, however, that there were 29 cases of vandalism and 13 cases of attacks against the ticket inspectors.

In 2020, after the government declared an emergency situation due to the coronavirus pandemic, there was a one-month period of increased inspection with police officers and civilian guards, which brought improvement.

The answer also included that there is a single camera system operating in a three-car train on the Szentendre line. The current suburban railway cars are not planned to be equipped with cameras and emergency buttons, but they might be part of the standard equipment of the new cars intended to be purchased. In the meantime, MÁV-HÉV recommends that anyone in trouble should activate the emergency brakes.

On a more positive note, Hungary plans to have its own seaport in Trieste and will perhaps build a Hungarian fleet.

There were emergency buttons, but they were removed

According to many passengers, the emergency brakes are not a viable option. Previously, there were emergency buttons on the car doors that signalled the driver. However, according to one of Telex’s readers, those buttons were decommissioned about a year or two ago. The reason was revealed in another reader’s letter:

“I wrote last May because the driver did not see the door of the back car and closed the doors on an elderly man several times. Passengers had to grab the doors to help. It was then that several people noticed that the emergency buttons were missing.”

The official response to the inquiry was that the pushbuttons for alarm were decommissioned due to an official decision by the authorities. Due to the cost implications of meeting the conditions set out in the decision, the buttons were removed. There are no future plans to install new emergency buttons.

MÁV-HÉV plans to purchase 54 (42 in the first batch) suburban railway cars for the H5, H6, and H7 suburban railway lines (but not for the problematic H8 Gödöllő line). The total cost of the cars is not yet known, but at current international prices, it can be estimated to be over HUF 200 billion (€548 million).

The first round of the tender for the purchase was announced in September, and in November, it was already known that two large companies, Stadler and Alstom, remained in the competition. More information about the new, low-floor, air-conditioned vehicles equipped with Wi-Fi will come sometime in the first half of 2021 after the public procurement procedure, as MÁV-HÉV plans to conclude the contract by then.

But the new cars will only be operational around 2023, that is, if everything goes well. 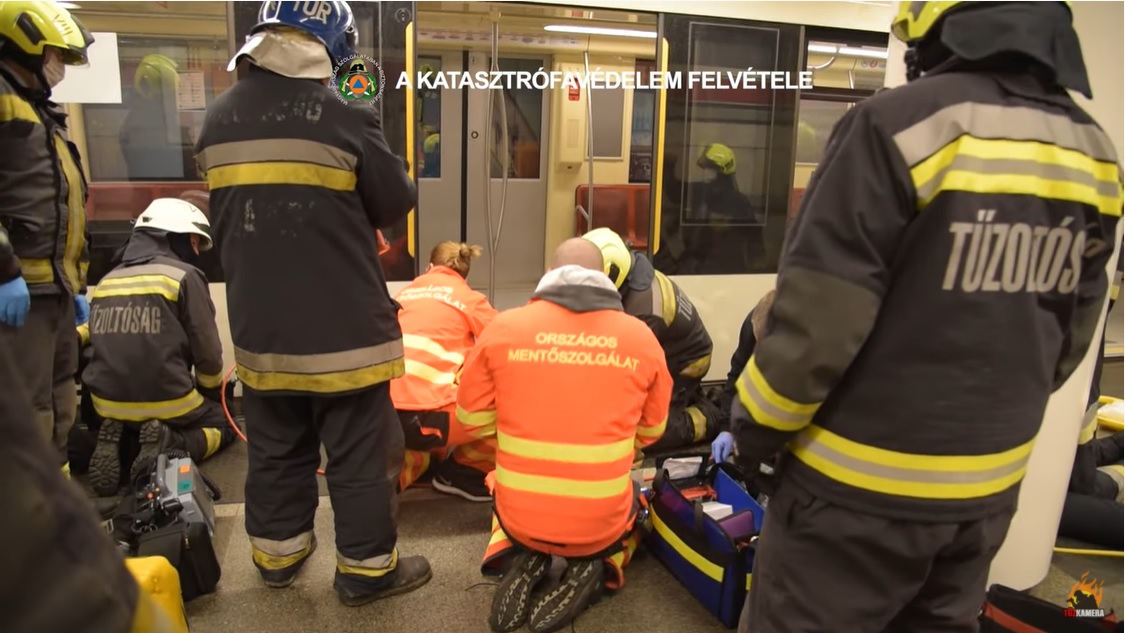 Read alsoKelenföld railway station will be looking better than ever