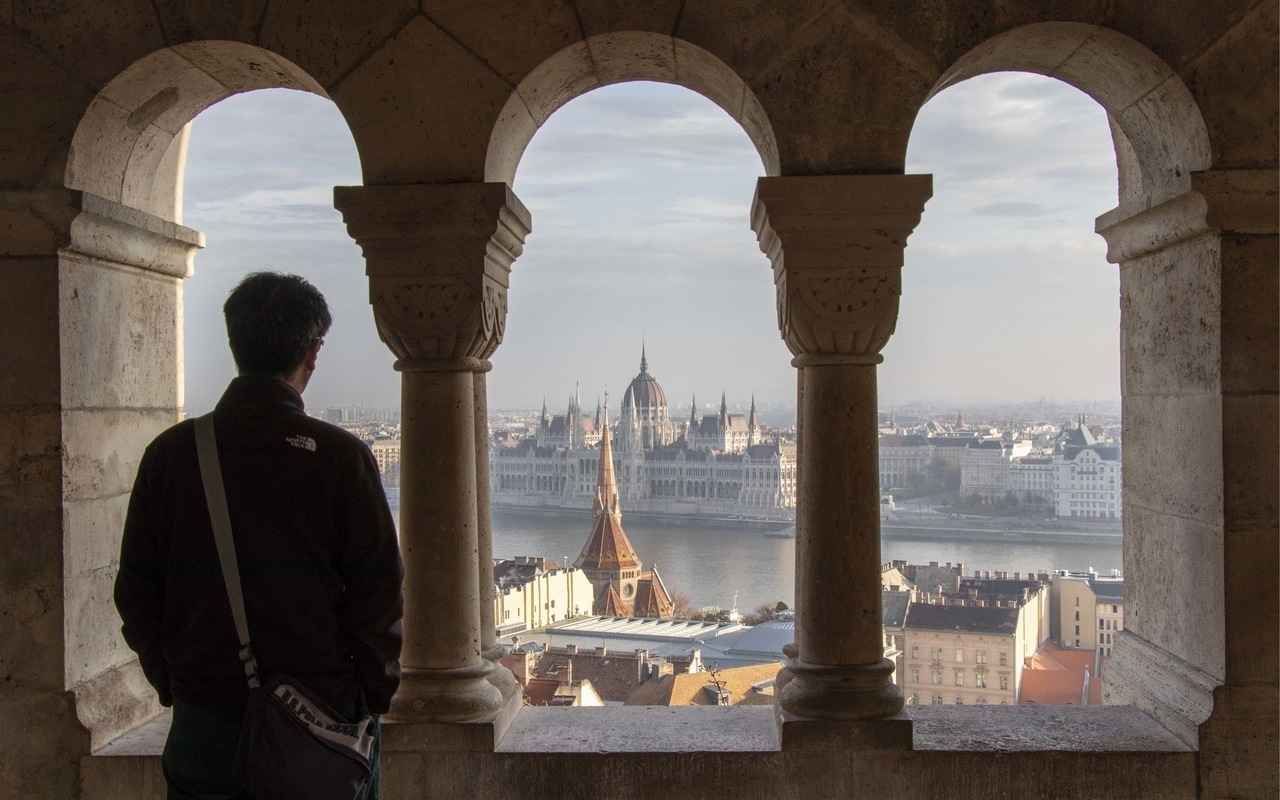 48 hours… in Budapest: the Hungarian capital through the eyes of a British travel writer

During the last two decades, Adrian Phillips has visited Hungary numerous times. He is a travel writer and broadcaster for The Telegraph, the BBC, and ITV, and the co-author (with Hungarian travel writer Monika Phillips) of the Bradt guides to Budapest and Hungary. In the latest part of The Telegraph’s ‘48 hours…’ series, Adrian and Monika Philips shared their experiences in Budapest.

The authors guide us through the beauties and most notable sights of the Hungarian capital, which has become one of Europe’s most popular short-break destinations in the last few decades. The Danube separates the two parts of the city. Buda and Pest show rather marked topographical differences: the former lies on the higher river terraces of the western side and has a more hilly terrain, while the latter is built on a flat terrain.

The Matthias Church at the heart of Buda’s Castle District, the Neo-Gothic Parliament Building and the St. Stephen’s Basilica are just a few of the city’s most beautiful buildings.

Adrian and Monika started their first day under the colourful roofs of the Great Market Hall, which offers a great variety of fresh produce and craft items and buffet-style food options. They encourage everyone to

try some iconic local dishes such as Hortobágy-style pancakes, goulash soup, or ‘lángos’.

They took a walk on Váci Street, featuring many restaurants and shops catering primarily to the tourist market. The street opens to Vörösmarty Square where Gerbaud Café, one of the most prominent confectioneries and cafés in Europe, is located. It is named after the Swiss-born confectioner Émile Gerbeaud who invented the famous Hungarian dessert, the ‘zserbó’ (Gerbeaud cake). After admiring the city from the Budapest Eye, they crossed the Széchenyi Chain Bridge and explored the “cobbled alleys and pastel-coloured burghers’ houses” of the Castle District.

“Start the day with a walk along Andrássy út and you’ll understand why Budapest has been called the ‘Paris of the East’,”

claim the travel writers. During the second day, Adrian and Monika explored the vicinity of the elegant boulevard linking Erzsébet Square with Városliget (City Park).

From the beautiful Neo-Renaissance Opera House, through the romantic Vajdahunyad Castle, to the Heroes’ Square, noted for its iconic statue complex featuring the most prominent Hungarian national leaders, this area of the capital abounds in places you should definitely visit when you are in Budapest.

At the end of the afternoon, they visited Széchenyi Bath, one of the largest bath complexes in Europe with various thermal pools, swimming pools, wellness services, and saunas. After trying some international dishes with a Hungarian twist at Klassz restaurant, they closed the night at Szimpla Kert ruin pub.

In conclusion, if you visit Budapest, prepare to be amazed by the city’s diverse blend of cultures and styles, the rich architectural history, the colourful markets, the delicious cuisine, and the atmospheric ruin pubs. If you want to take something home from your trip, buy some paprika or a bottle of Tokaji wine.

The complete article is available HERE.