9 things that shock a foreigner in Hungary

If you’ve had the chance to spend a few weeks somewhere abroad, you’ve probably experienced “culture shock” already on occasion. But what kind of culture shock hits a foreigner in Hungary? According to hataratkelo.blog.hu, the Californian Colm Fitzgerald moved to Hungary with his Hungarian wife and collected a few things that were shocking for him. Let’s see his points:

Colm experienced the first shock in September, when his father-in-law and his friend organised a pig sticking. “I thought that I was going to throw up” remembers the American, who also wrote how the whole family took part in the processing and how he helped with the preparation of sausages and chitterlings. “It wasn’t too neat but this is how meat is processed ultimately.”

According to statistics, every third Hungarian smokes (however, it’s hard to imagine). Colm says that he’ll never forget the time when he was waiting for his wife in the carpark and everyone who passed his car was smoking. Another time he was at the dentist and the doctor had an incoming call. He answered the phone, started smoking and blew the fume out through the window. Nevertheless, he was satisfied with the dentist’s work.

The writer was quite surprised at Hungarian eating habits since he grew up eating fast food like Taco Bell, Carl’s Jr and microwaved food. He feels like eating is a religious tradition in Hungary and that the most common question is “What’s for lunch?” and the answer is never simple sandwiches. He experienced that Sunday lunches are sacred and they usually consist of at least three courses: some kind of soup, stew with dumplings and pickles, and finally a divine dessert.

He advises other foreigners not to be surprised if some toilets are created in a way that our doo-doo don’t get right into the water but sits at a small shelf. He guesses that the reason behind this is to watch your stool as an indicator of health or so that water doesn’t splash back. In any case, he finds it inconvenient to stare at your little friend…

Despite the fact that he’s been coming to Hungary for ten years his knowledge of the language is still elementary. He knows a lot of words and is able to express himself in basic conversations. However, if a conversation reaches a deeper note, he feels hopelessly lost. Hungarian is unlike any other languages in the world.

Related article:
A PEEK INTO THE BEAUTY OF THE HUNGARIAN GRAMMAR – PHOTO GALLERY

6.Pessimism, straightforwardness and the Hungarian temper

In Colm Fitzgerald’s opinion Hungary was very unfortunate in history, the many invasions and occupations tried to supress Hungarian culture. He thinks that this is why Hungarians are so suspicious, careful and critical. While in California the typical answer to “How are you?” is “Fine thanks, and you?”, Hungarians burst out in a flow of complaints, which you could call pessimism or realism, but they are definitely expressive. So if anyone has even a small problem with you, they just tell you. This can be harsh and blunt at times, but this is how things go here, you shouldn’t get offended.

Foreigners usually find it hard to get used to the fact that car drivers are quite stubborn when it comes to pedestrians – they hardly ever stop for them. Colm writes that many Hungarians drive too fast and aggressively and that they are impatient with pedestrians, so make sure to look around before crossing the streets!

8.Pálinka will get to you and try to kill you 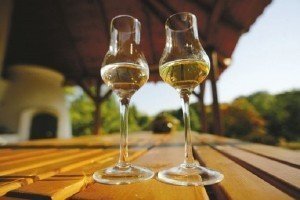 9.The land of synchronized movies

This is an interesting topic in itself and it’s really fascinating to read an American’s opinion, who thinks that synchronizing movies is worth due to the unique language as subtitles don’t give back the essence of the movie as much as synchronization. However, Colm notes that a lot of content goes to waste this way. He mentions Arnold Schwarzenegger’s Austrian accent that is part of his image, but vanishes with synchronization. On the other hand, there are translations that specifically add to the original movie. Just think of József Romhányi’s Flintstones translation, which is a rhyming prose full of clever puns.