A new fleet and other expansions introduced by Mahart Passnave

Turizmus Online reports that Mahart Passnave presented its various touristic services and new fleet to its partners on the fleet’s flagship, named Budapest, that is able to host 300 people.

Mahart Passnave organised a technical day and a meeting with its partners on the freshly renovated Budapest ship, where all business branches of the company were represented, along with its online developer, Travel Gate. 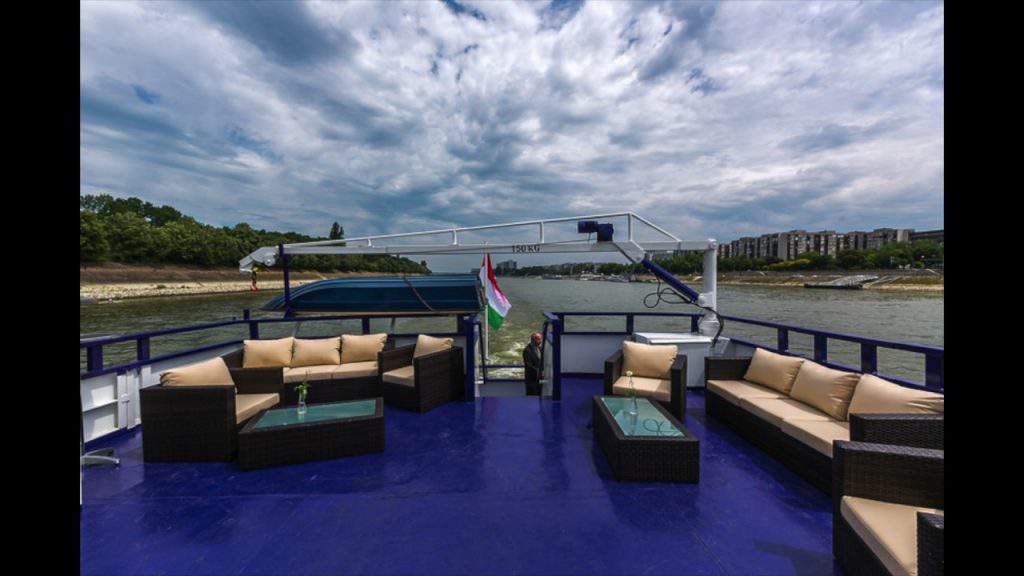 In his speech, Tivadar Gutman, the technical manager of Mahart Passnave, drew attention to the fact that the majority of the company’s ships and a number of docks were renovated for the World Aquatics Championship.

The crown jewel of the fleet is the Budapest ship, which put to water in June. This particular ship is able to host 300 people, has 100% accessibility and can be rented for all year.

The deck is equipped with a winter garden and an outdoor terrace, built-in projector and screen, interpreter device and air conditioning.

The mid-sized Győr and Gönyü event ships were renovated too. Both of them are able to host 80 people. Both ships having a closed below-deck area, open terrace, projector and screen.

Following the customs of previous years’, Mahart Passnave sets off cruising ships both for schedule and for rent, not just event ships. The most popular destination is the Danube bend, to where you can travel each day, except Mondays, passing by Vác and Visegrád, and finally stopping at Esztergom. There are daily trips on hydrofoil ships, these will take you to Solt and Kalocsa, while the two-days trips take you to Bratislava and Vienna. The hydrofoil ships can be rented for groups.

The company operates 24 docks all the way from Komárom to Mohács, 10 of these are located in Budapest. For the World Aquatics Championship, several docks were renovated, not just in the capital city, but at Visegrád and Komárom too.

There are over 3000 landings at the Mahart Passnave docks each year, on board with more than 130,000 passengers

Mahart Passnave’s travel agency, the Mahart Tours, offers sea-trips too. You can book a ticket at more than 10 big agencies to anywhere in the world. In Hungary, the Mediterranean regions are the most popular. The Mahart Tours offer options for river trips too. In this category, the most popular routes are the Danube and other major European flows, but you can book a ticket for South American and Asian trips, too.

TravelGate introduced itself at the event. This company has been operating for four years, setting up systems and websites for travel agencies.

There were around 10-20 million Hungarian offers available for booking via TravelGate.

The company developed a separate search engine for seafarer trips and river trips, where all the major agencies’ offers are available. They even have a search engine especially for sports-related trips, listing Neckermann’s offers.