All the beauties of the Hungarian Parliament 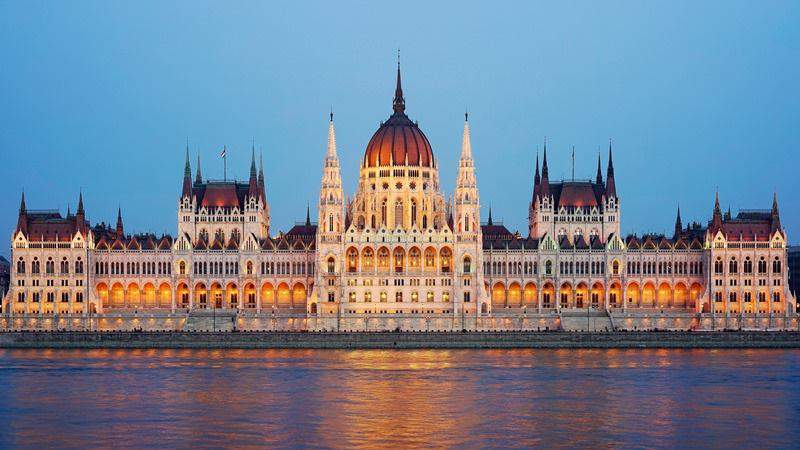 If there is one thing (one building) Hungarians are proud of it is the Hungarian Parliament Building in Budapest, where the National Assembly of Hungary seats. The architectural masterpiece indeed deserves the attention of 600,000 tourists each year, but let’s see the most interesting facts and beauties about it.

When people hear the word ‘Parliament’, they might instantly think on serious political problems or important issues. For a moment, let’s not focus on what is going inside of the Hungarian Parliament Building on a daily basis, let’s visit it with a tourist’s eyes, no matter you have already visited or have never visited. Not a long time ago, CNN also had a trip around the beautiful Hungarian Parliament, made a short video and article about it. Because of the building’s attractive looks, unique symbols and many untold stories, the Hungarian Parliament Building is definately something to worth learning about.

The Hungarian Parliament Building is the third biggest on Earth, only Buenos Aires’s and London’s parliaments are bigger by size. The 96-meter-high, 700-room, symmetrical building lies alongside the Danube river on the embankment of Pest side, Kossuth Lajos Square. The view is just beautiful, seeing the Fisherman’s Bastion and Buda Castle on the opposite side of Danube and the stunning Kossuth square on the backside. 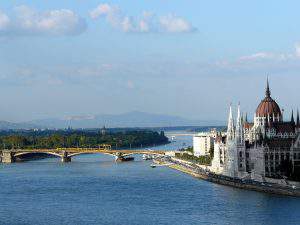 The designer and architect, Imre Steindl created the building’s plans, mixing the features of neogothical and baroque architecture. Unfortunately though, he has never seen the building ready, because of his unfortunate death just five weeks before the very last pieces of work.  Constructions were held from 1885 to 1904, but reconstructions were made later on as well.

Over 100,000 people worked on the Hungarian Parliament, on which forty million bricks, and 40 kgs (88 lb) of pure gold were used. In length it is 268 m (879 ft) long and 123 m (404 ft) wide. Interestingly, the whole building was built of Hungarian raw material only, this was a serious criterion in the first year of construction, 1885. Except one piece only: 6-meter-high marble monoliths next to the main staircase. 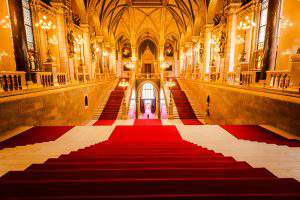 Magical numbers of the Parliament

When it comes to the staircase, it has 96 stepping stones. Why is it even interesting? 96 is a returning number inside of Parliament Building that is not a coincidence. Parliament’s dome is 96 meters high, explanation is: the Parliament Building was designed to be completed in the year 1896, which was the Millenium of Hungarians conquesting the Carpathian Basin. Another magic number of the Parliament is 365 – the same like number of days in a year – there are this many of towers on the building, some smaller, some bigger. 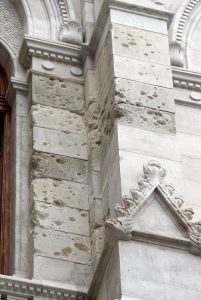 The Hungarian Parliament Building was also victim of World War II and Hungarian Revolution in 1956, and a whole piece on the building’s wall has remained bullet holes, which were not renewed, on purpose, to the memory of the events.

Inside, there are 200 office rooms, chambers, library, canteen, and a post office. Those who work here also can be served by a doctor and hairdressers. Also it has 27 gates, 29 staircases, 13 lifts. There are visible attractions inside for tourists, like the Holy Crown, with Royal Scepter and the Coun try’s Apple, these are those which are by national guards 24/7.

If you are interested in prices for visit, see this previous article of ours:
Parliament statistics

And click on these links to see our ’10 interesting videos about Parliament Building’ links
Part 1.
Part 2.