Amazing unknown legends about our famous sights in Budapest – PART 2 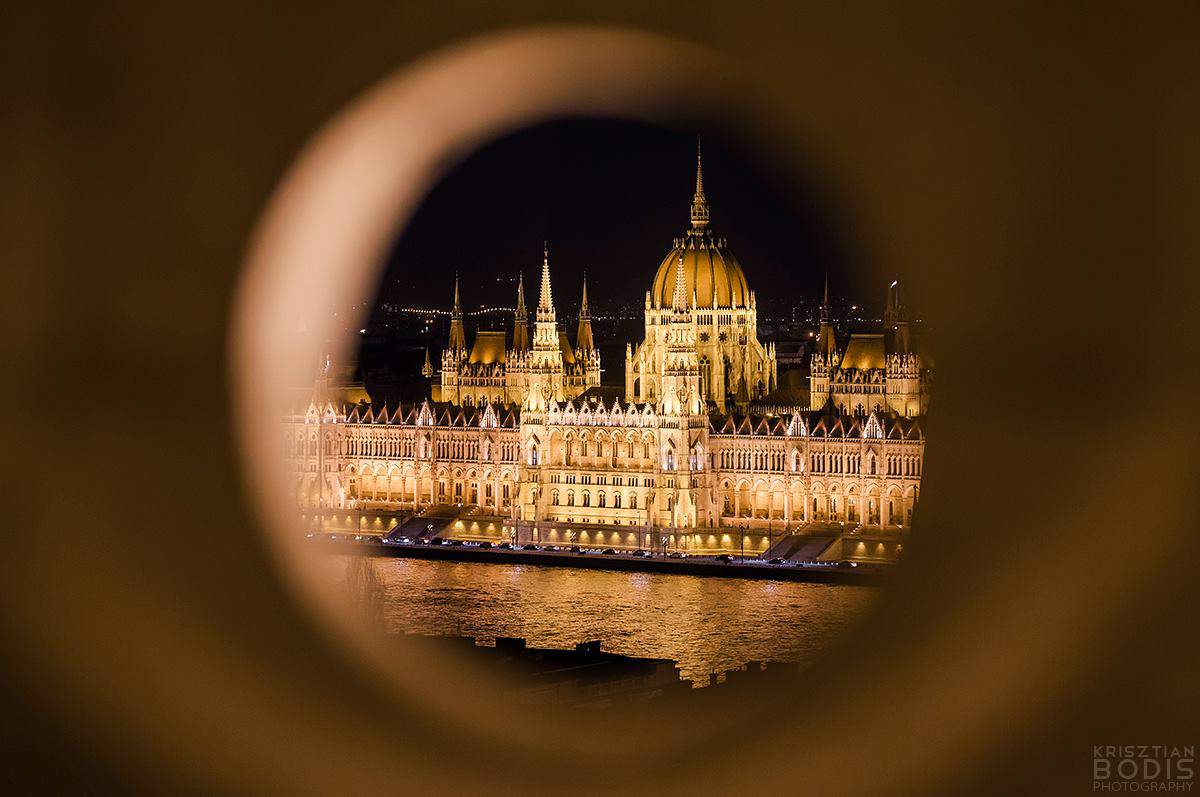 Continuing our series about less known legends concerning our famous sights in the capital, in this part, we are going to investigate among others why an African tribe was exhibited in the 1890s in the Budapest Zoo. We also report on what happened to the architect responsible for the design of the overpass at Nyugati Square and whether there is a person who really lives in a windowless flat in the Buda tunnel. If you are curious about unveiling the secret of these stories, join us.

If you are obsessed with stories and you like walking around Budapest and recall these at our famous sights, you might be interested in another collection of incredible legends that people are likely to forget. Some stories are true to some extent while, as far as others are concerned, we cannot be sure.

As Lobu.hu reports, the story of the lost key of the café dates back to 1894 when the owner, Sándor Steuer, opened the rightly famous café still operating today. Although it aimed to appeal to the higher classes, the New York Café was also visited by great poets and authors. Such great stories were born at this place as The Paul Street Boys by Ferenc Molnár, and it is not surprising that aspiring literary figures were also invited to the inauguration ceremony.

According to the legend, the guests so much wanted the place to stay open forever for everyone, that Ferenc Molnár grabbed the key and led the crowd to the bank of the Danube where, ensuring their plan, he dropped the key into the river.

What is the truth behind this story? It is true that the Café House was opened in 1894 and that many aristocratic guests got invited to the event. However, at that time, Ferenc Molnár was only 16 years old, and although he was studying to become a journalist, his writing career was just at the very beginning. Therefore, it is most probable that he was not among the guests. 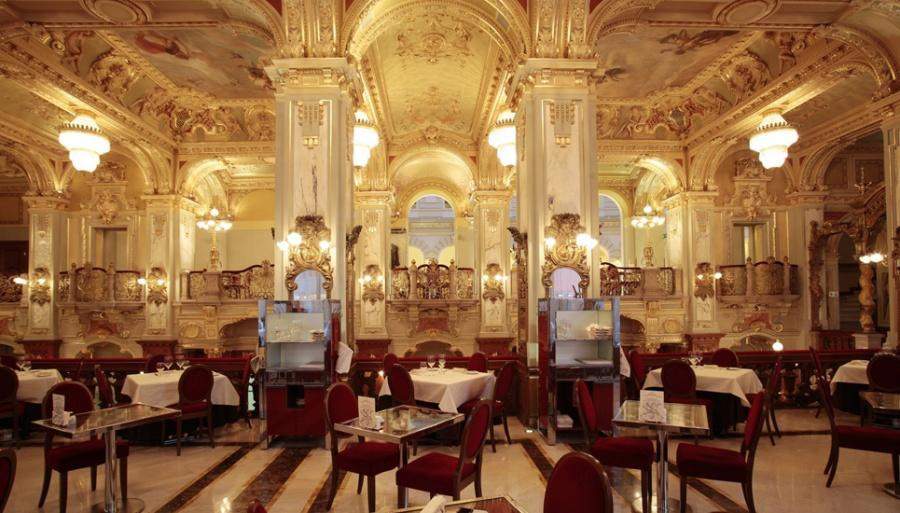 However, some sources mention that the incident really happened. According to them, it was not in 1894 that the writer dropped the key into the Danube, but in 1927 when the place was under renovation. This time, Ferenc Molnár was already 49 years old. Anyway if you ask whether the key really disappeared in the Danube, then the answer is undoubtedly positive.

On 19 October 2014, the present owner of the café dropped the key into the river ensuring that both the legend and the café house, chosen among the most beautiful café houses of the world, stay alive for another 120 years.

2. Suicide in a café house solved with a crossword puzzle

Urbanlegends.hu mentions the mysterious circumstances of the death of a Hungarian man in a café house. This legend was also reported at that time by The Evening (Az Est) paper according to which, a little bit after midnight, the man in question went into the Emke café house located on the corner of the Rákóczi Street and the Erzsébet Boulevard. After drinking his coffee, he went to the telephone booth and dialled a number several times without success.

Around 1 a.m., the cloakroom staff heard the shot of a gun coming from the direction of the lavatory. The man was lying on the ground and blood was running out of his head and chest. They called the ambulance and the police, who were looking through the personal identity documents of the man, reported that he was Gyula Antal (25), a waiter living in Csengery Street.

Some papers claim that he lived in miserable circumstances for quite a long time, he could not pay his flat, and he had a rent debt as well.

Nothing is certain about the incident since then, but it is curious that at that time when the waiter died, crossword puzzles were novelties in Hungary and the 1st one only had appeared one year before the incident happened in 1925.

3. An African tribe exhibited at the Budapest Zoo

If you look for legends about Budapest, this is undoubtedly the story that you are going to find. Supposedly, at the end of the 19th century, members of an African tribe lived in the Budapest Zoo in a separate area where visitors could see them. The Sunday Paper (Vasárnapi Újság) reported the spectacle of 250 Black people coming from Africa to Budapest for the millennium.

As the paper goes, their body is only covered with a veil that allows seeing most parts of their body. This gives the opportunity for the regular visitor to examine their body that is during a bath similar to a perfect statue. Their movements are statue-like and natural at the same time. The source further mentions that particular attention was paid to the fact to let them do their daily activities without disturbance like in Africa. Men worked while women cooked, washed the clothes and ironed them in separate houses. Their language was called the ga.

Check out some basic words in this language!

And how did they get to Budapest? The director of the zoo at that time was a French man who was employed for some time at the French navy. Therefore, he reached the coasts of Africa and became a merchant. For the Exposition Universelle of 1889 held in Paris, he took a group of Black people with him. He was a well-known gentleman among the Black, and that is why every year, a new group of them agreed to come to Hungary where he could present them to the educated public. Of course, this did not only occur in Budapest but in other European capitals as well at that time.

4. An unsuccessful overpass and the suicide of its architect

There is also a legend circulating about the construction of the overpass at Nyugati Square As Hvg.hu reports, a famous architect was commissioned to carry out the works.

The works started on either side of the overpass, and when it seemed to be ready, it was realised that the sides did not connect to each other. This was due to an altitude difference realised too late.

However, the reality is a little bit more complicated. Péter Wellner was responsible for the design of the overpass, and the method of construction was to make the pieces in advance and to assemble them on the spot. The workers put together the pieces and strengthened them with glue, but being under the pressure of time, they did not wait until the glue could hold together the pieces. That is why eventually, the pieces did not connect to each other.

In fact, nobody committed suicide because of this incident, but the case continued at court in 1980. The greatest penalty was inflicted on Péter Wellner and his assistant, but after appealing to the court, experts examined the matter and realised that the mistake was reallly caused by the fact that the government urged the execution works.

5. A person living in the Buda tunnel in a windowless flat

Nlcafe.hu discovers among widespread legends the story about a man living in the Buda tunnel. The truth is that the flat was once really inhabited, but today it is in unfortunate circumstances. Furthermore, contrary to the popular belief that the flat did not have any windows, in fact, it has windows that overlook the beautiful Chain Bridge. And if you wonder who the person was who lived there for years, it is no secret that it was János Fazekas, the guardian of the tunnel and supervisor of the bridge. 🙂 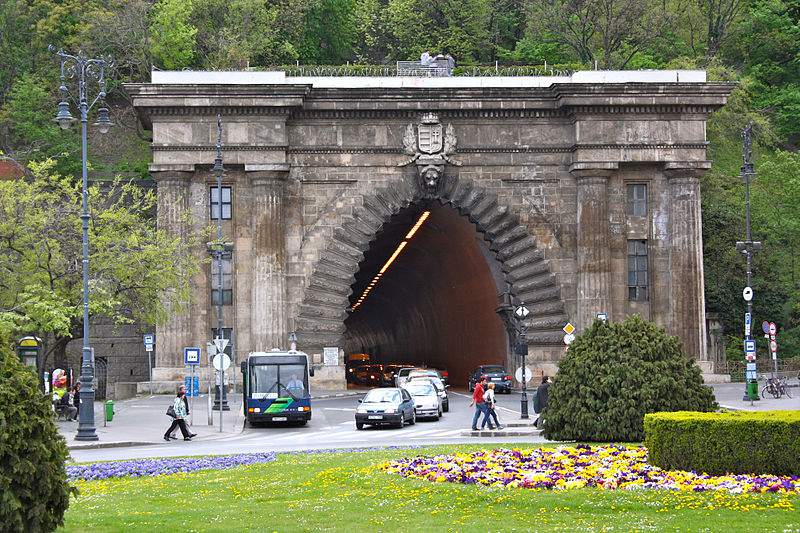