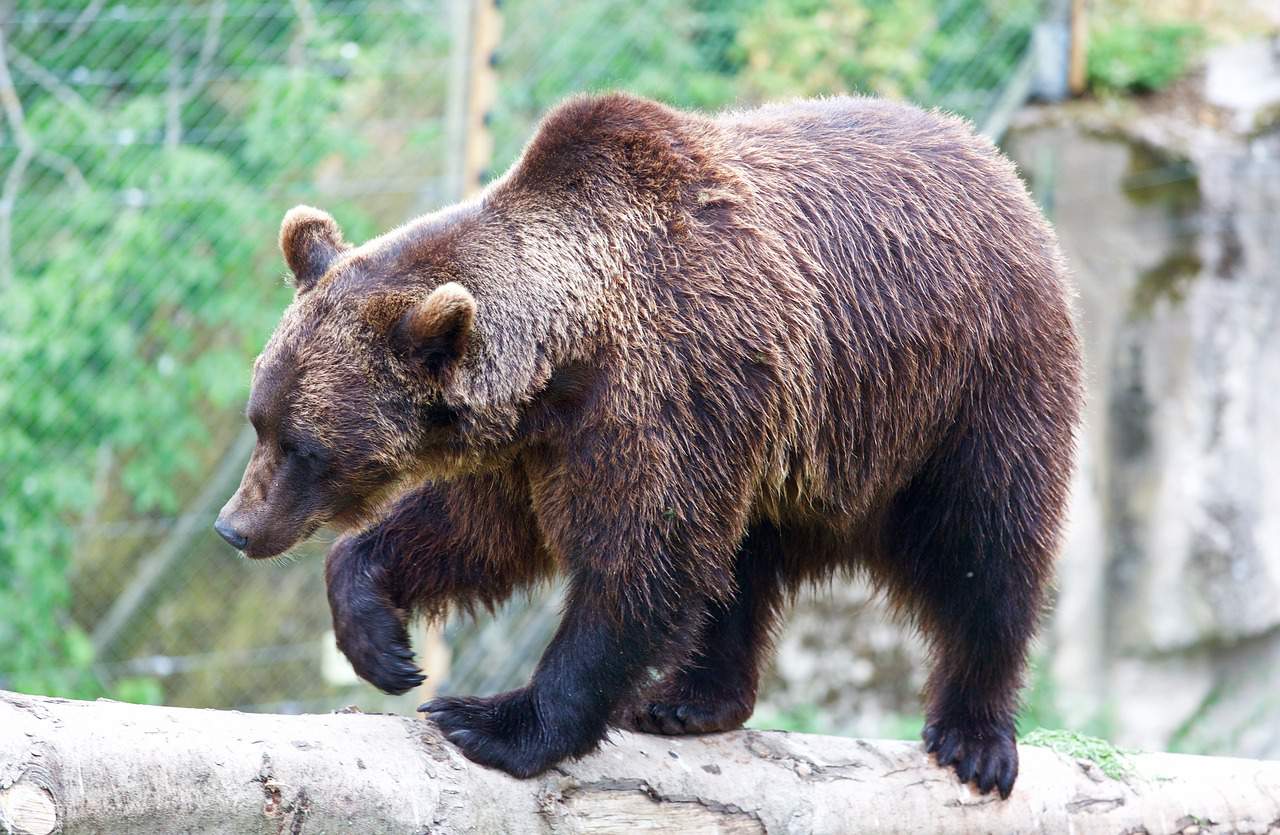 A mother bear was spotted with her cub near Aggtelek National Park. In the recent period, multiple tracks of a bear’s were sighted, as 24.hu reports. There were suspicions about a bear getting close to the border of Kánó. The crew of Aggtelek National Park realized that two bears, a mother and a cub appeared.

The national park’s website highlighted that Eurasian brown bear is getting spotted more and more often at the northern border.

The last time when a mother and a cub were noticed was nine years ago, in 2008.

At that time the bears were wandering around for more than a month.

Brown bear is a typical omnivore, as it eats either grass, mushrooms, roots, fruits, insects and small mammals, even preys as big as a red deer. It is likely to consume herbs, berries and onions in the summer. It can be active both in day or night, but it mostly spends its time in its hideout.

It can march multiple hundred kilometers a year, as it is searching for the territory with the biggest food resources. The cubs are usually born in January or February. They leave the hideout only after their first 3-4 months. They stay close to their home for a little time, so there is some chance that this cub was born in Aggtelek National Park.

Bears fill their “inner pantries” in autumn, and they are very sensitive for any disturbance during this period. The mother, for the sake of protecting her cub, might behave aggressively towards any threat, whether it is real or just apparent. Needless to say, they are dangerous to humans especially during this time.

The management of Aggtelek National Park requests every hiker and tourist to use only the marked trails and keep the rules.

They also warn game breeders and hunters not to leave the shot preys’ offal in the hunting area. If people stick to the rules, it largely decreases the chance to encounter a bear. And what should you do if one still occurs?

If you see a bear, back out slowly, keeping the largest distance possible.

Keep quiet and beware being spotted by the bear. As long as the bear does not notice you, do not make any sound. Do not block the way from the bear, leave a wide escaping route for it. If you shout, make noise and flutter, the bear will take it as an offense.

You need to be even more careful when you get close to a bear! Never approach even the most peaceful looking bear.

Never turn your back on the beast and do not run away. As the bear runs with a speed of 40 kilometers per hour, you do not stand a chance.

If the bear has sighted you, raise your hands high and speak, sing or whistle quietly. This way the bear will realize that you are a human.

If the bear noticed you, but your presence does not seem to bother it, slowly back out of its sight.