We have previously reported about the brutal murder of a two-year-old child by her own mother who took the toddler away from his father. Since the incident, more information has surfaced about the murderous mother’s past and the details of the inhuman homicide.

One of the saddest details about the merciless killing is probably the fact that the father has tried to take custody over the child several times before, but according to the father, the court always believed the mother.

Tamás Gaudi-Nagy, Katalin’s lawyer, said that Katalin was convinced that little Alex was in danger with his father, so she had previously asked to stay away from him.

When the father has finally succeeded in getting a warrant for the child to live with him, the mother took off and travelled to Italy, where she eventually murdered her own child with tremendous brutality.

The father recalled that his partner hated the child from the first moment. He recalls her punching her own stomach and taking pills to cause miscarriage, and even after the child was born, she called the boy an “idiot hyperactive gnome”. Still the mother would not let the father have the baby.

The Italian investigators are trying to piece together the last moments of the innocent child’s short life:

According to Bors, the boy was stabbed 9 times, several wounds were found in his chest and neck.

The mother tries to defend herself by saying that she left the child alone for a moment and when she came back, somebody has stabbed her son to death. But Origo reports that the witnesses and the CCTV footage says otherwise.

The footage recorded the mother and the little boy walking on the street and losing some of the child’s toys on the way. The footage also contains the moment when the mother steps into the abandoned building with the toddler in her arms.

Another upsetting detail is that after she had stabbed the defenceless child to death, she took photos of the baby’s dead body and sent the images to the boy’s father.

Minutes later Katalin had reappeared at the door and headed for the local supermarket. When entering she cried for help and then placed the dead boy on the conveyor belt. The authorities were immediately called, and the locals tried to help the baby while the first responders arrived.

When the police arrived at the scene, they have found a bloody knife in the mother’s purse. According to Bors, the police report says that blade was broken. They are trying to find out if it broke due to the force of the stabbings.

When asked, the perpetrator Katalin’s own mother, the grandmother of the victim has said that three weeks prior to the animalistic murder, Katalin had threatened to kill her too. “She said she will kick my head in and break my skull and then tell the police that I fell into the tub.”

“To be honest I am afraid of my own daughter” – she added. 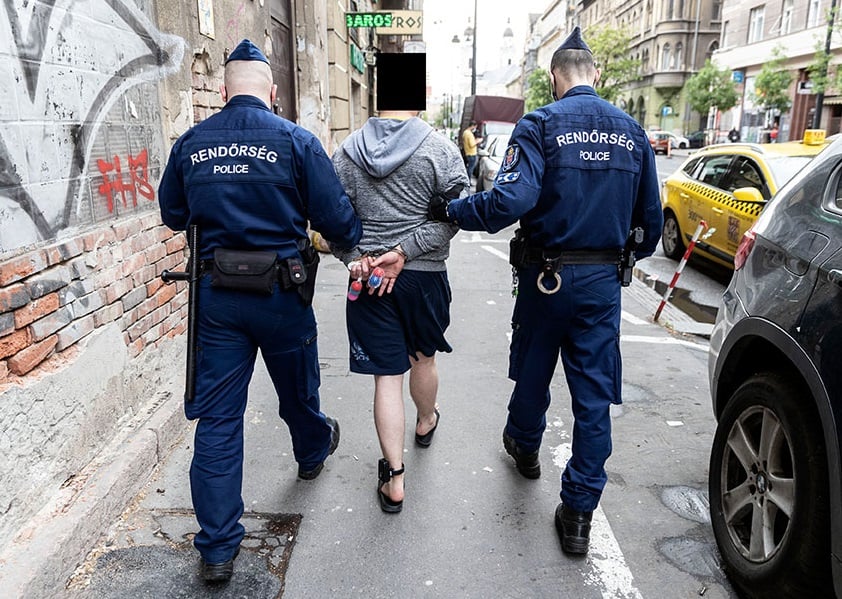