Tragedy! Hungarian mother puts her murdered child on a conveyor belt in an Italian Lidl

The boy named Alex  was only two years old. The woman lives in Siena, but the tragedy happened in a village called Città della Pieve.

A 44-year-old woman walked into a Lidl supermarket in Italy last Friday and put the child on the conveyor belt at the cash register. She wanted to get help for the child, but the doctor who arrived could not help the boy. He died from having been stabbed multiple times, writes 24.hu.

Later, a knife was found in the mother’s bag. She also sent a video to the father about the killing of the child.

The woman had a warrant for “changing the placement of a minor”. The police station of district 13 of Budapest got a report from a man on 29 September that his former life partner took their son to Italy, despite the fact that he got full custody of the child nine days prior to her running away. The police started an investigation, the woman got a warrant, and the guardianship authority was contacted. On 1 October, when the video was sent to the father of the child, Hungarian police started gathering information and data, while they kept in contact with Italian authorities. The woman is charged with homicide.

Index wrote (via RTL) that the mother threatened to put the child’s life in danger half a year prior to the tragedy when she mentioned spilling petrol on him.

From the standpoint of Apák az Igazságért (Fathers for Truth), a non-profit association, the Hungarian police made mistakes along the process. They did not put a warrant on the woman the first time the father made complaints. The police said that at first, they did not have a suspicion that the woman might commit a crime, and they immediately gave out a warrant as soon as the father reported that the child had been taken abroad.

The mother did not seem like a character without spot and stain before the murder, either. She worked in the adult movie industry. A producer known as Kovi did not see anything unusual about her during the time they worked together. “At the time, I did not see anything unusual about her. She did her job, and when we turned off the cameras, she dressed up and went home,” he told Bors. The producer is baffled by the events.

The father of the deceased child told Blikk that he feels sick whenever he sees a child in the streets. “I do not wish my enemy what I am going through now,” the heartbroken father said. He also talked about the mother’s issues.

Norbert met Katalin in an evening school, and she moved in with the man soon after. At first, they had a normal relationship. Katalin said she could not have children, but she got pregnant. The woman, however, was not happy to have a child.

The father said that she hit herself in the stomach and took medicine to cause a miscarriage. Then she just left, and Norbert later found out that Katalin’s first child was taken away from her, and she had had issues with the police before.

She hated baby Alex, but she did not want him to live with his father. She called the boy an “idiot hyperactive gnome”. The father tried everything so that the little boy could live with him, but the court always believed the mother, except for one time, after which she took the 2-year-old child and left. Norbert wants to bury his child in Hungary. 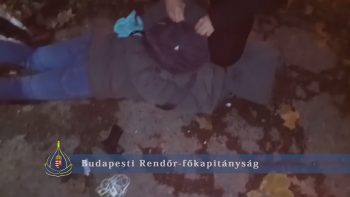