The motion was passed by pro-government lawmakers and several independents, while the opposition boycotted the vote. The public will be asked the following questions in the plebiscite:

Minister: Hungary will not let LGBTQ lobby into schools!

According to parliament’s resolution, the referendum would cost 5.5 billion forints if held simultaneously with a general election, rather than 12.6 billion if held separately.

Under an amendment to the election law proposed by the opposition and passed on November 9, referendums cannot be held 41 days before or after local, national, or European parliamentary elections. They can, however, be linked to such elections on the same day.

Máté Kocsis, the group leader of ruling Fidesz, told reporters after the vote that the aim of the referendum and the child protection law was to

give parents the exclusive right to decide how the raise their children.

He criticised the opposition for staying away from both the debate and the parliamentary vote, noting that left-wing parties had “previously launched attacks against the child protection law, both at home and in Brussels.”

President János Áder will probably declare the date of the referendum next January, he said. Answering a question, he said that the referendum could be held under parliament’s approval of an opposition initiative to coincide with the general election which is expected to take place next spring. 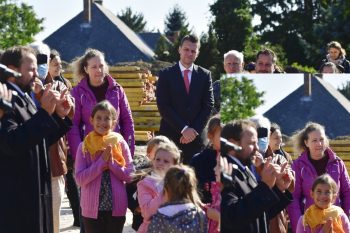 Read alsoMinister: “we won’t allow LGBTQ propaganda in our schools and kindergartens!”