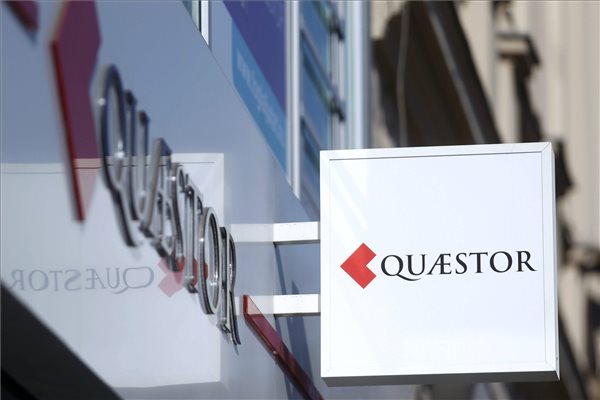 Budapest, April 2 (MTI) – The opposition Socialists will file a complaint against the foreign ministry over its handling of funds in connection with the bankrupted Quaestor brokerage, the party’s deputy parliamentary leader Bertalan Toth told a press conference.

The ministry’s admission that the Hungarian National Trading House Zrt affiliated with it had complained about not receiving interest on capital it had placed in the form of state instruments with Quaestor for two years is tantamount to a confession of wrongdoing, Toth said. It estimated that interest payable to the National Trading House was in the hundreds of millions of forints, which can be seen as a loss for the ministry, he said.

“The statement is tantamount to pleading guilty to a charge of mishandling public funds,” Toth said, adding it was still unclear why the ministry had placed billions of forints with Quaestor, whose owners include many offshore companies. The ministry has broken laws and caused hundreds of millions of forints in damages to the Hungarian people, Toth said.

While Prime Minister Viktor Orban on Monday said in parliament that the money is fully accounted for at the ministry, now it is revealed that hundreds of millions of forints are missing with the ministry, he said.

In response, the parliamentary group of ruling Fidesz said that “the Socialists should have filed criminal complaints against fraudulent brokers when they were in government”. Fidesz insisted that the Socialists had not only overlooked the “decade-long financial corruption” but “loosened up legislation” and “helped Buda-Cash brokers to government positions”.

Radical nationalist party Jobbik said it demanded that ministers most implicated in the brokerage scandals should be sacked.

“Data revealed so far show that the farm ministry, the foreign ministry and the cabinet office, which have all been under Fidesz’s control for five years, have blown the most money on the stock exchange,” the party’s parliamentary group said in a statement on Thursday. “People’s patience ran out long ago. It’s hardly the case that Fidesz has been running the ministries involved for a few months only, so we are calling on Sandor Fazekas, Peter Szijjarto and Janos Lazar to leave their posts,” according to the statement by Jobbik deputy group leader Janos Volner.

According to Jobbik, the handling of Hungarian taxpayers’ money in the past 25 years has been “scandalous”. Instead of putting an end to the serious “crimes” of the Socialist government, the Fidesz government has just added to them, the statement said.

“This is how the Quaestor-coalition has developed, costing decent taxpayers 10 billion forints since the so-called change of the regime,” the statement added.

The foreign ministry said in a statement that it refused to participate in a “political circus staged by the opposition”. The ministry insisted that their funds had been recovered from Quaestor and stressed that they had not received any illegal information such as could be used in any insider dealing. Earlier, the ministry denied any wrongdoing, and said that their actions had not caused any damages or losses of public funds.

Laszlo Windisch, deputy governor of the central bank, said that compensating investors for any losses was a “legal, rather than moral” obligation for Beva, Hungary’s investment protection fund. Windisch insisted that clients had suffered damages due to Quaestor’s fraudulent activities. In Quaestor’s case, there is a “high probability” that the funds clients deposited had never been invested, he said.

It is suspected that the clients of all three brokerage firms in the recent scandals, namely Buda Cash, Hungaria Ertekpapir, and Quaestor, had not received any legitimate securities for their money, Windisch said.

Windisch said that the central bank would make its position clear to Beva’s board of directors, but if necessary, it would even file a public lawsuit to ensure compensation for damaged investors.

Concerning Quaestor Bank, a member of the Quaestor group, Windisch said that it was “empty” and not handling any securities or deposits.