Budapest is hands down one of the most scenic cities in Europe to take a walk around, but those hills on the Buda side, the parks on the Pest, and the Danube bank are also perfect places to go to if you are planning to freshen up your running routine. Now that the weather is warm and sunny, it is time for you to leave behind your gym and strike two birds with one stone by setting out on these beautiful running routes in Budapest, collected by The Culture Trip.

Terrain: flat, with a view of the Danube

Margaret Island offers two options for runners: there is a 5 km long rubber running track around the island, where you can get a nice view of the Danube and the ducks chilling on the bank. The second option, provided you are good at dodging passers-by, is to set out on the paths crossing all over the island, where you can get a glimpse of the Japanese garden or the famous music fountain. It is easy to access the island as the 4/6 tram even has a dedicated stop.

Since there are numerous concrete paths all across the City Park, runners have almost endless choices when setting out here. As it is a park, the large and old trees will provide you with enough cooling shade even when there are 30°C outside during the summer. If you plan to run around the park, you can expect an approximately 4 km long track. Also, you can check out Europe’s biggest bathing complex, the Széchenyi Thermal Baths, or the Vajdahunyad Castle, which is a replica of a castle by the same name found in Transylvania, and – of course – the Heroes’ Square.

If you live in the 11th district, then you do not have to cross the city just to get to a peaceful running track. There are several paths in the Bikás Park so that you can try out both flat and hilly terrain. If you get bored of running, stop by the outdoor gym. As for the view, there is a futuristic metro station here, what do you say?

A lot of joggers choose to run along the Danube bank, going down all the way to the National Theatre, but not many know that right across the river there is another track, on the Kopaszi Dam. If you run from one end to the other, you have made a good 2 kilometres, but of course, you can opt for other paths which offer a view of the river.

Even though the running track at Orczy Park is relatively short – 800 metres – you will also find an outdoor gym and a lovely little lake. The cool shade of the large trees is also very appealing, along with its location in the heart of the city.

You can run up on the Gellért Hill to the Citadella by choosing from two options: there is an easier track starting at the Buda-end of the Elisabeth Bridge, and there is a tougher, challenging one at the Liberty Bridge. No matter which you choose, you can enjoy a breath-taking view of Budapest and the Danube along the way, and you can reward yourself with the most delicious ice-cream at the top. 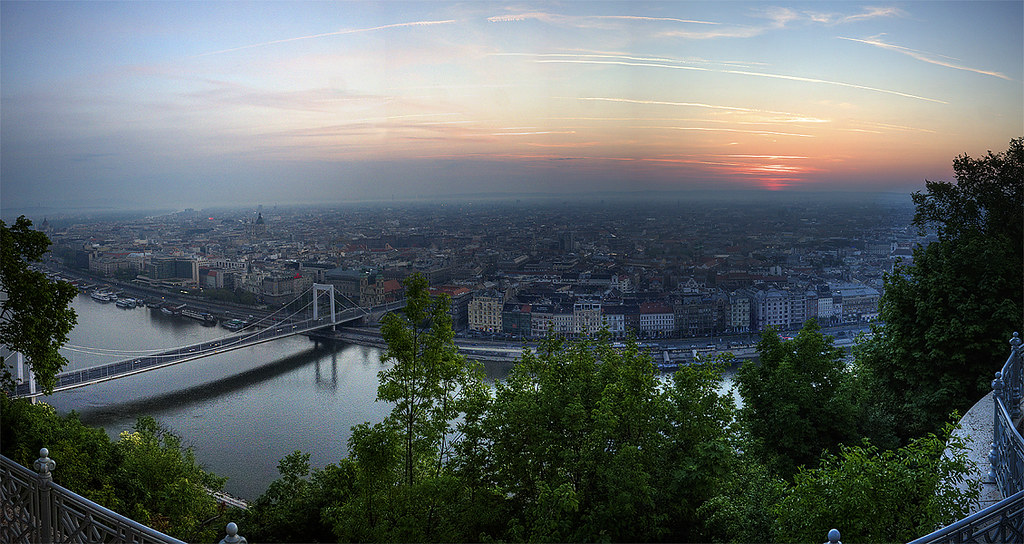 Normafa is one of the most favourite picnic spots of locals in Budapest, as it is far away from the busy traffic, located in the Buda hills. It is up to you which path you choose as your route, but The Culture trip suggests taking off from Normafa in the direction of the Elizabeth Lookout Tower (located on the János hill), and then head back to your starting point. This way, you have a mixed terrain track of 5 kilometres long.