An exclusive photo exhibition about Budapest has been opened at Beijing Capital International Airport (BCIA), the second largest airport in the world, demonstrating the long-standing sister airport partnership between Beijing Capital International Airport and Budapest Airport. The photos, provided by the Hungarian Tourism Agency and Budapest Airport, highlight the beauty of Budapest to the millions of travelers who will use the capital airport of China in the coming month. 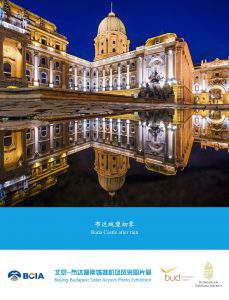 The Beijing-Budapest Sister Airport Photo Exhibition was launched after the 6th Beijing Global Friend Airports CEO Forum held in the Chinese capital this week. The exhibition was opened by Mr. Han Zhiliang, President and CEO, Mr. Du Qiang, Vice President of Beijing Capital International Airport Co. Ltd. and Mr. Jost Lammers, CEO of Budapest Airport, in the presence of Ms. Szilvia Szojka, Deputy Head of Mission at the Hungarian Embassy in Beijing. The large, billboard-size photos exhibited at Beijing Airport demonstrate the beautiful sights of Budapest, such as the world-famous Chain Bridge over the River Danube, the historic Buda Castle or the Széchenyi Spa, with three photos of Budapest Airport also included.

“I am honored and proud to open the Budapest photo exhibition, together with our Chinese friends, at this rapidly developing airport,” said Jost Lammers, CEO of Budapest Airport. He added that this year Budapest expects a 17 % increase in direct traffic between Beijing and Budapest, and expressed his hope that this photo exhibition will contribute to the further development of inbound tourism from China to Hungary. “Based on the principle of reciprocity, Budapest Airport is looking forward to hosting a similar photo exhibition about Beijing at our premises next year,” said Mr. Lammers.

The photo exhibition shows that Budapest is one of the most important cities in Central Europe, a true European jewel. The Hungarian capital offers unique and complex experiences for visitors, thanks to the preservation of ancient traditions and its modern, vibrant cultural life. Budapest is full of adventure for travelers, they may try the specialties of Hungarian gastronomy, enjoy the spa and wellness services of its numerous historic baths.

“Both countries profit greatly from initiatives which promote Beijing and Budapest, as destinations. This photo exhibition, presenting Budapest on 25 large photographs to travelers at Beijing Capital International Airport for a full month, is an excellent and effective way to promote our capital. I believe Budapest Airport plans to host a similar exhibition, showcasing Beijing.” said Ms. Szilvia Szojka, Head of Mission of the Hungarian Embassy in Beijig. She also noted, that “We fully support this initiative, which highlights the beauty and the values of the two capitals, thus bringing Hungarian and Chinese people closer together, enabling them to get to know each other better and further stimulating tourism between the two countries.” 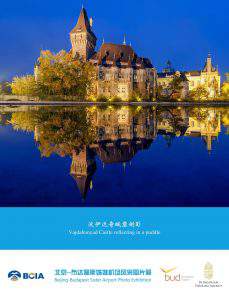 The CEO of Budapest Airport participated in the 6th Beijing Global Friend Airports CEO Forum organized by BCIA annually in Beijing, and he was an invited speaker at the Friend Airports Roundtable Conference. Budapest Airport and Beijing Capital International Airport signed a sister airport agreement in 2004, with the aim of widening cooperation, and the Budapest photo exhibition is a perfect demonstration of the excellent partnership between the two airports.

Participants of the Beijing forum this week had an opportunity to obtain insight first-hand into the development plans of the Chinese aviation and tourism industry, to discuss the latest trends and exchange experience. Beijing Capital International Airport became the world’s second largest airport by traffic in 2010, and has maintained this position firmly ever since. Due to the growing domestic and international traffic, a second large airport is under construction in Beijing, to be opened in 2019, which is expected to have sufficient capacity for 60-75 million passengers annually, by the end of 2025.

Last year alone, 174 000 passengers traveled between China and Hungary, 60 000 of them on board the direct Beijing-Budapest Air China service, operated with an Airbus A330 type aircraft. With a strong increase in demand for more direct flights, during the last visit of Prime Minister Viktor Orbán to China, the two countries updated their bilateral agreement on air traffic rights, enabling the designation of any Chinese airline to launch direct flights between Budapest and major Chinese cities. Inbound tourism to Hungary has developed rapidly in the last few years, more and more Chinese tourists visit Budapest, as a starting point for a roundtrip of Central Europe, or a Danube holiday cruise by boat.

As we wrote before, a Hungarian-Chinese meeting took place, where the Chinese consuls, leaders of Shanghai and the Hungarian Tourism Agency (HTA) talked about their plans to cooperate on a Shanghai-Budapest flight and establishing a Chinese university in Hungary. 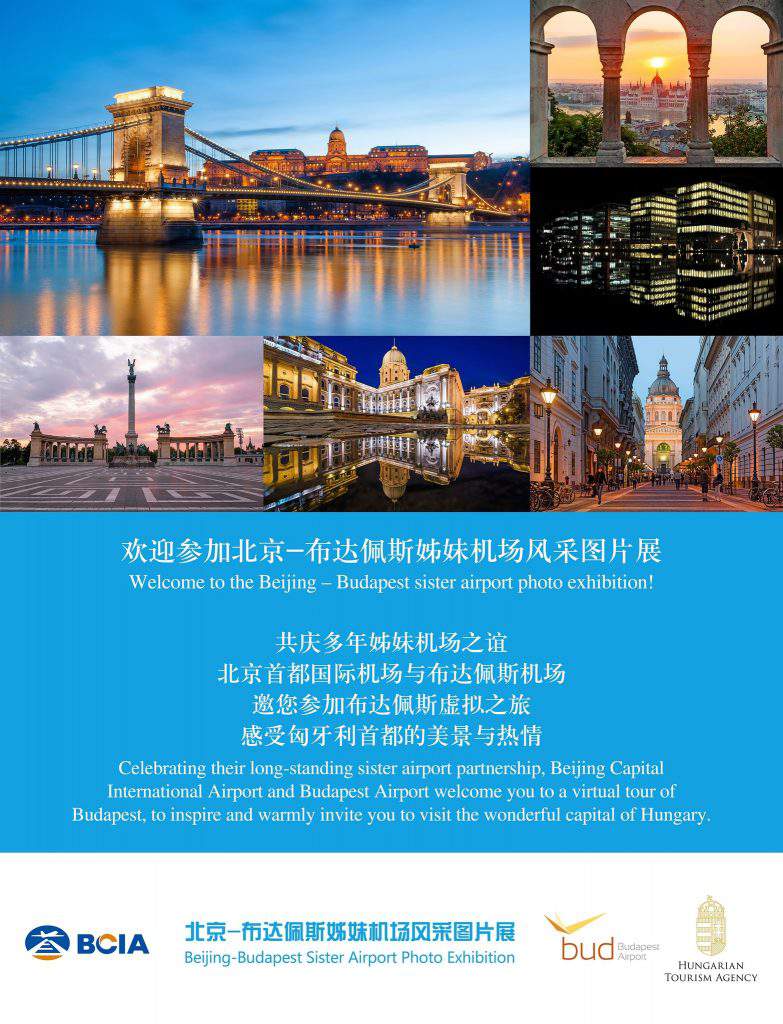 Budapest economy European Union Fidesz Government History Hungary migration Ministry of Foreign Affairs tourism Viktor Orbán
The first COVID-19 case in Switzerland has been confirmed in the southern part of the…
The Embassy of South Korea put out an ad in Monday's Népszava, offering a reward.
A Hungarian train has scored a spot in the top 10 for best sleeper trains in Europe. The...

Press release - On February 22, students from five Budapest universities presented their...
We and our partners use technologies, such as cookies, and collect browsing data to give you the best online experience and to personalise the content and advertising shown to you. I accept
Privacy & Cookies Policy