The National Office of Investigations has launched an investigation into plans to purchase trams from Frankfurt for Budapest’s public transports, independent MP János Volner told a press conference on Friday.

Volner, the head of the extra-parliamentary Volner Party, said that he had earlier filed a criminal complaint on suspicion of graft involved in the public procurement procedure. He insisted that he had evidence that the city management had “made prearrangements” with the public transport company of Frankfurt (VGF).

Could cars be banned from Budapest’s party district?

Here is where you can buy cheap properties near Budapest

Budapest leaders had selected the seller in advance, thus limiting “the freedom and transparency of competition, excluding other players”, Volner suggested.

Volner said he was outraged that Mayor Gergely Karácsony “wishes to buy trams scrapped in Germany, whereas the earlier leadership had purchased brand-new vehicles”.

Volner said his testimony in the case would be heard on November 24, adding that he would present “revealing documents” at the hearing. 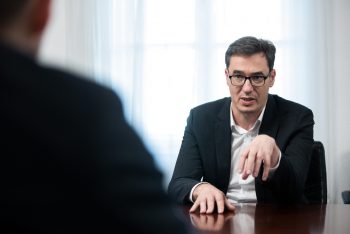