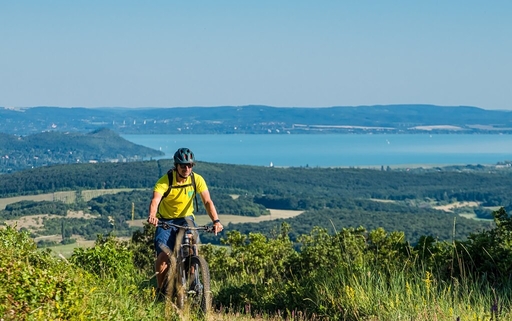 Construction of a new cycle path connecting Hungary’s major tourist hotspots, Budapest and Lake Balaton, is under way, the Ministry of Innovation and Technology (ITM) said on Friday.
Almost every section of path from the capital to Balatonakarattya, on the northern tip of the lake, is being carried out this year, the ministry said in a post on social media, adding that the path, with the exception of the Biatorbágy and Székesfehérvár crossings, is expected to be completed by next summer.

The ministry is providing 13.5 billion forints (EUR 38m) in support to build the 108km path,

which will pass through the Etyek wine region as well as the area around Lake Velence and the city of Székesfehérvár.
Over 15,000 took part in the ‘I Bike Budapest’ bicycle parade on June 26th – PHOTOS, VIDEO
We reported before that a 1.1 km long bike road was built for 556,000 EUR in Szendehely (Nógrád county). According to Magyar Narancs, it is not strange that road-building is very expensive in Hungary. For example, one km of the M6 motorway is being built for 4.5 billion HUF (EUR 12.5 million). Of course, bike roads are not that expensive since their technical content is more modest.
However, between Ságvár and Som (Somogy county, near Lake Balaton), 5.6 km cost 627 million, which means that one km was 111 million HUF (EUR 308,000). But almost the double of this price seems to be very much – Magyar Narancs says. The paper sent its questions to the local government of Szendehely, which ordered the construction, why they needed the bike road between two small villages for this high amount of money. However, they did not receive an answer.
Cross-border bike-sharing system inaugurated between Hungary and Slovakia
bicycle Budapest Hungarian wine Hungary Lake Balaton Lake Velence tourism travel
Share