Before the vote, opposition Socialist representative Csaba Horvath said the Socialists supported the proposal since the separate operation of the two organisations had been “drowned in chaos”.

Ever since BKK’s establishment in 2011, the Socialists have maintained that it was a professional mistake to put BKK in charge of ordering services as an authority while also providing them, he said, adding that no good international example exists for such a practice, he added. 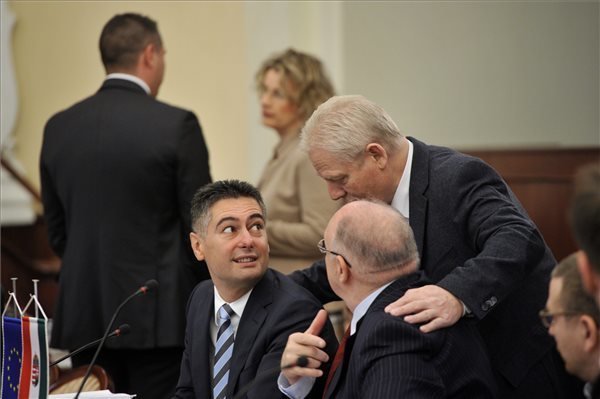 Horvath noted that some 20 billion forints (EUR 65.5m) for the operation and financing of the Budapest transport system were missing from next year’s budget. Hopefully Prime Minister Viktor Orban will support the capital and the financing issue can be resolved, he said.

The opposition Democratic Coalition said it refused to help Budapest Mayor Istvan Tarlos in his quest to transform the entire city management and public transport system simply in order to get rid of BKK head David Vitezy, who had been appointed by him in the first place.

Budapest economy European Union Fidesz Government History Hungary migration Ministry of Foreign Affairs tourism Viktor Orbán
Corruption has become part of the system, not a side effect of it, according to…

The European Investment Bank (EIB) has a major role in mobilising European Union…
The mayor of Debrecen has welcomed the government's recent decision to move the…
Budapest's mayor, Gergely Karácsony, has defended his administration's decision to…
We and our partners use technologies, such as cookies, and collect browsing data to give you the best online experience and to personalise the content and advertising shown to you. I accept
Privacy & Cookies Policy