Day of Victims of Communism marked in Hungary

Politicians addressed commemorations held in memory of the victims of Communism on Monday.

Under a parliamentary decree, February 25 has been observed as a memorial day of martyrs of Communism since 2000. On this day in 1947, leader of the Independent Smallholders’ Party Béla Kovács was illegally detained and deported to the Soviet Union. 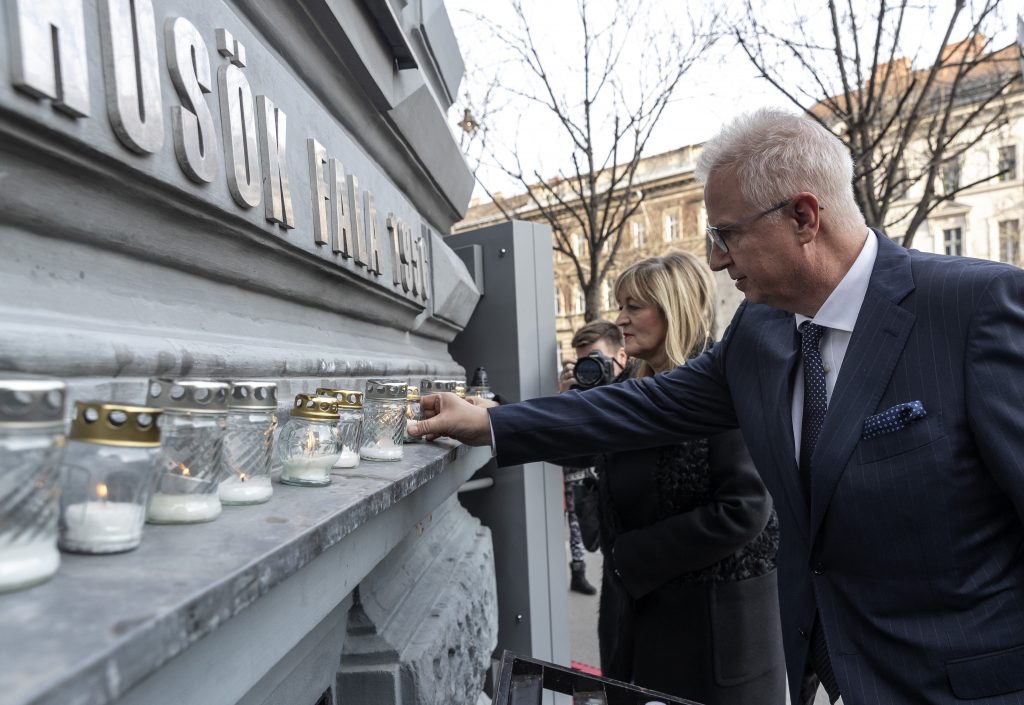 Addressing a commemoration in the Budapest House of Terror Museum, László Trócsányi, the justice minister, said that

between 1945 and 1988, three-quarters of death sentences were politically motivated and more than 900,000 people were executed due to the distorted legal system. The actual number of people murdered was much higher, he added.

Nor was the communist regime was “sparing” when it came to prison terms, Trócsányi said, adding that all prison sentences put together came to 7-8 million months.

Addressing a commemoration at the site of a former prison in Budapest, Finance Minister Mihály Varga said the time had come to declare, irrespective of political orientation, that Communism was Hungary‘s “common tragedy”. Communism, one way or the other, afflicted almost every Hungarian family, he said. “The Hungarian nation has learned that madness is contagious, and if we are not careful there’ll be a new epidemic,” he added.

Gergely Gulyás, the head of the Prime Minister’s Office, said

Communism was the dead end of civilization.

At an event held in the House of Terror Museum, which once housed a secret police torture site, Gulyás said that tribute was being paid to the victims of a mass murdering dictatorship at one of the sites of the crimes of Communism.

Communism should not be presented exclusively as something of the past as there were still people in Europe who wanted to change the world on the basis of its ideology.

As Hungarian News Agency (MTI) said, Hungary’s conservative Jobbik party has called for the monument to Soviet soldiers who lost their lives liberating Hungary to be relocated from Szabadság Square, in central Budapest, to an unspecified military cemetery.

János Bencsik, the head of Jobbik’s Budapest chapter, told a press conference held in front of the obelisk on Monday that more than 100 million people had fallen victim to Communism. This is why activists had covered the monument in black drapes, he added.

Bencsik said Hungary today was turning away from the West and towards “despots in the east” instead of ridding itself of its communist legacy.