It’s been 450 years since the Battle of Szigetvár, when Suleiman the Magnificent died. The anniversary could be perfectly topped with the finding of his tomb, which may or may not be owed to a Hungarian research group. According to szeretlekmagyarorszag.hu, the news went around world press; however, Travel Channel picked up on the topic in the beginning of last year and followed the researchers as they were hunting for the „treasure” Indiana Jones style.

Josh Gates, the presenter of Travel Channel, who is also an archaeologist, has been going around the world for three years to unfold different mysteries in his Expedition Unknown series. Last year he visited Hungary to find out whether or not Suleiman’s tomb had been discovered after centuries. 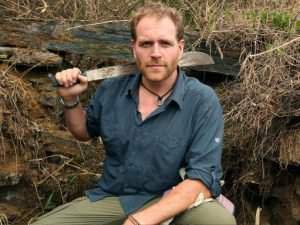 “The American production company called us up last spring and said that they read an article about a Hungarian research team who made a breakthrough in the quest for the sultan’s tomb. This was the starting point, then came four months of hard work, which you can see in the episode that aired last Sunday” said Gergely Varga, the manager of Shooteasy Kft. and the Hungarian producer of the show. His company has been organising Travel Channel’s Hungarian shootings for years.

The leader of the research group mentioned above, Professor Norbert Pap, the director of University of Pécs’s East-Mediterranean and Balkan Studies Centre, summed up the beginnings of the project: “Back then we had been doing the research and making geophysical measurements for three years based on the found written documents and drawings to find Turbék, the only Ottoman village from the time of the Turkish Thraldom, and the tomb, as its part. When the crew arrived we already had so much data that I was sure that we were going to make a breakthrough.”

So Josh Gates and his Travel Channel filming crew started their way in the wake of all this information. They met up with Turkish researchers first, visited Suleiman’s mausoleum in Istanbul, and then descended in the Várbarlang of Budapest with metal detectors to find the legendary golden box containing Suleiman’s heart. They also visited the Children’s Train and even had time to try out the famous goulash soup.

“The crew arrived to us on top of the Turbék-Zsibót vineyard in the middle of last August. We partly identified this location by resources talking about heights, vineries and fruiteries. It’s 4,2 kilometres away from the castle, which equals a one hour walk, so it could have been an ideal military base, thus the location of the sultan’s death as well. Our geophysical and remote sensing measurements showed the remains of several significant buildings under the ground, which checked up with a ground-plan from 1664.” This is how Professor Pap summed up the work they managed to do until the shooting.

The film ends with a crucial finding; however, unfortunately, without final evidence. But there is a short narration in the end about what happened afterwards. The research group officially announced last December that they found an Ottoman-time building, in fact at the air-shaft that could be seen in the film, which can be matched to a turbe. So Travel Channel was at the right spot and the explorations have been going on ever since.

“Our team worked with remote sensing methods this spring, and we are now analysing the expansion of the village. The excavations started on the 23rd of May, that is, accidentally, the day after the airing of the episode, and they will probably last for two months. We are excavating two additional buildings, probably a mosque and a Dervish Monastery, of the ottoman building complex defined last year. Moreover, we are analysing the structure and the mesology of the village, but we are also planning on having an open day so that others can also see the buildings discovered” said Norbert Pap.

Try to catch Expedition Unknown – The Sultan’s Heart on Travel Channel and find out about this fascinating story!