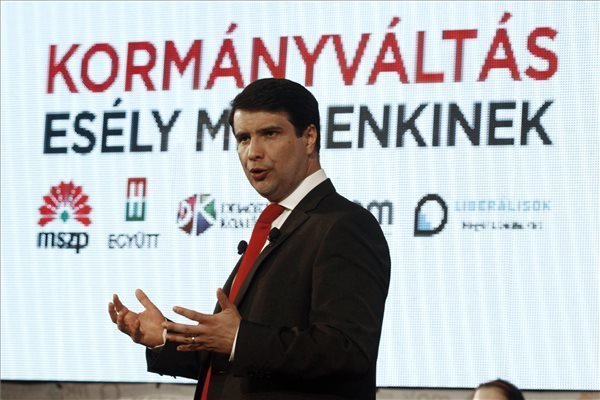 (MTI) – Voters supporting the left-of-centre Unity alliance in the April 6 general election will have a chance to change the course of Hungary and take the direction of the nation’s fate in their own hand, Socialist leader and Unity’s prime minister-candidate Attila Mesterhazy said on Friday.

The polling booth is “the only democratic place in today’s Hungary” where anyone may freely decide whether or not they want another four years of injustice and intimidation, Mesterhazy told a public forum in a Budapest suburb.

Those voting for the alliance will vote for living in a country with no fear, he said.

He said the political forces poised to replace the government would have a realistic chance to succeed.

Once in power, the Unity parties would restructure the reduced household utility prices in a way that the rich should enjoy nothing of them while the poor should benefit. A leftist government would lift the state monopolium on tobacco trade and review every farmland and public tender, he said.