Hungary’s European Championship fairytale came to an end tonight in the Stadium Municipal de Toulouse as they were beaten by an impressive Belgium side. 1-0 down to an early Toby Alderwiereld goal, Hungary gave a battling performance in the second half, being denied by Thibaut Courtois on a number of occasions. Three late strikes for Belgium though gave a final score of 4-0 which was somewhat harsh on Hungary and certainly not indicative of how close a match it had been for long periods. 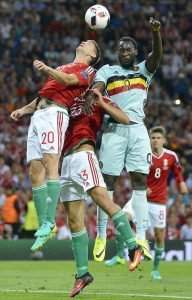 Plumping for the same defensive line-up that took on Iceland in Marseille, Bernd Storck brought back Tamás Kádár in place of Mihály Korhut at left back. Ádám Nagy came back in midfield, as would László Kleinheisler have done had it not been for a thigh injury picked up in the warm-up which meant Ádám Pintér took his place.

The match began as expected, Belgium immediately on the front foot and Gábor Király twice called into action early on. There was little Király could do though as Belgium took the lead in the 10th minute, Kevin De Bruyne sending a free kick into the box for Toby Alderweireld to jump, unmarked and send a powerful header into the net.

Belgium continued to look the stronger, Hungary particularly susceptible to the quick counter-attacks instigated by the pacy Dries Mertens, De Bruyne and Eden Hazard. Király was required to make a number of saves to keep Marc Wilmots’ side at bay, the most impressive being ten minutes before half-time as he tipped a De Bruyne free kick onto the bar at full stretch.

Albeit riding their luck a little, Hungary were perhaps unlucky not to be level by the end of the half; first Lovrencsics, and then Dzsudzsák, firing inches off target from distance. Király though, once again kept them in it with a fine save from Hazard at point-blank range, Mertens’ shot from the rebound blocked by Ádám Lang for a corner.

Bernd Storck brought on Ákos Elek at the break for Zoltán Gera, as Hungary almost found themselves two goals behind within a minute as Hazard cut inside from the left and forced Király into yet another fine save.

Hungary began to threaten the Belgian goal more as the half continued, first Szalai shooting wide from a tight angle and then forcing Thomas Vermaelen into a fine defensive block. Ádám Pintér had a shot deflected off Alderweireld, the ball spinning up and forcing Thibaut Courtois into a fine save. Roland Juhász also came close, receiving a free kick from Dzsudzsák at the back post and seeing his shot fizz right across the face of goal.

Just as it seemed a Hungarian equaliser might be on the cards, Belgium hit a second on 78 minutes. Hazard, squaring from the left, teed up the unmarked substitute Michy Batshuayi for a simple tap-in from close range. Storck immediately sent on Dániel Böde for Roland Juhász but moments later it was three, Hazard capping a fine individual performance as he stepped inside Ádám Lang and Richárd Guzmics before firing low into the corner past Király from the edge of the box.

Still Hungary attacked, Courtois saving from Szalai, Lovrencsics, and – most impressively – an Elek thunderbolt. Belgium though, would score yet again in injury time, Radja Nainggolan playing in Yannick Carrasco who steadied himself before drilling past Király to make it 4-0 with only moments remaining. 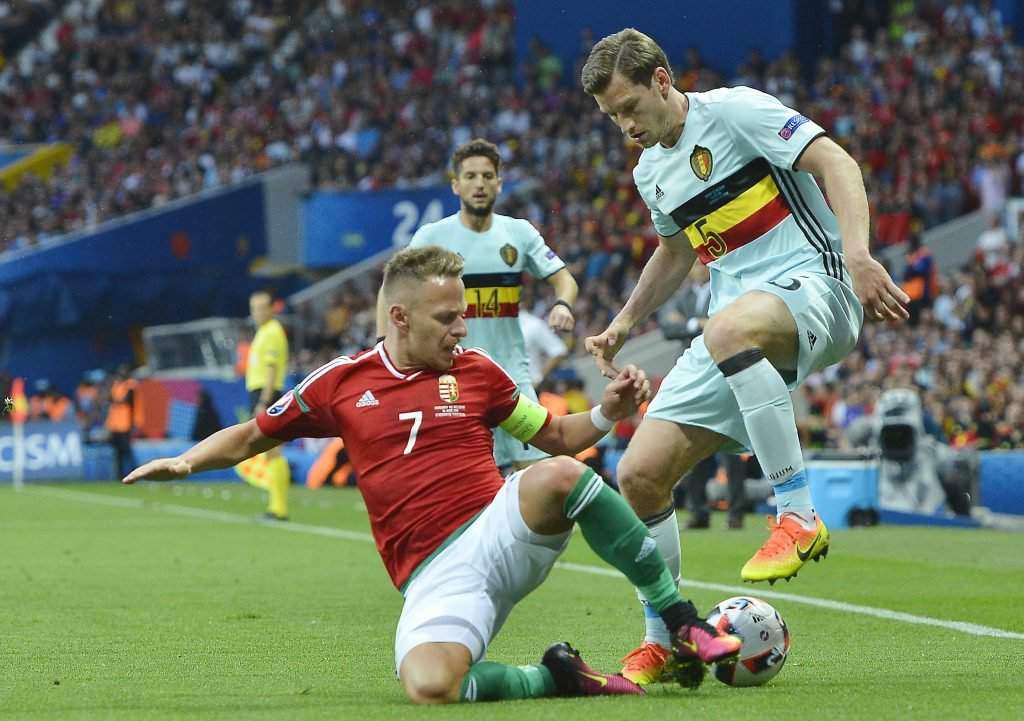 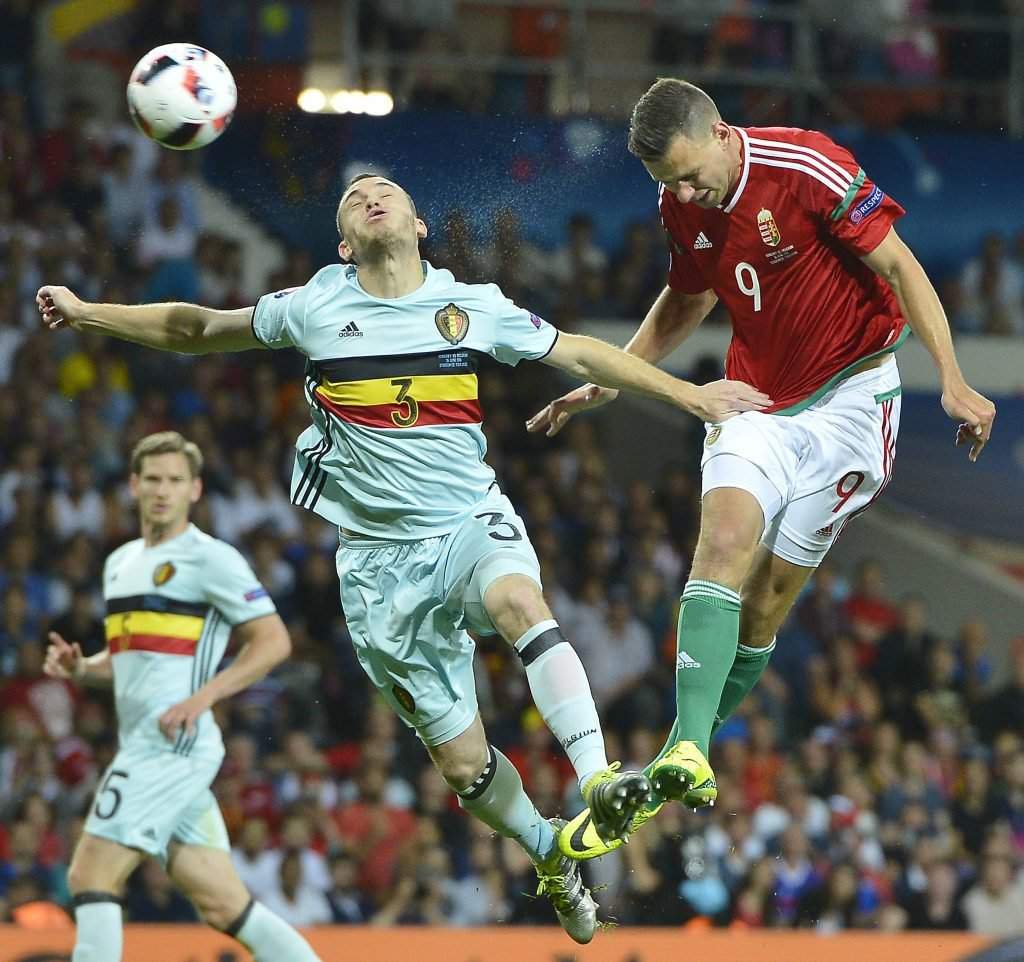 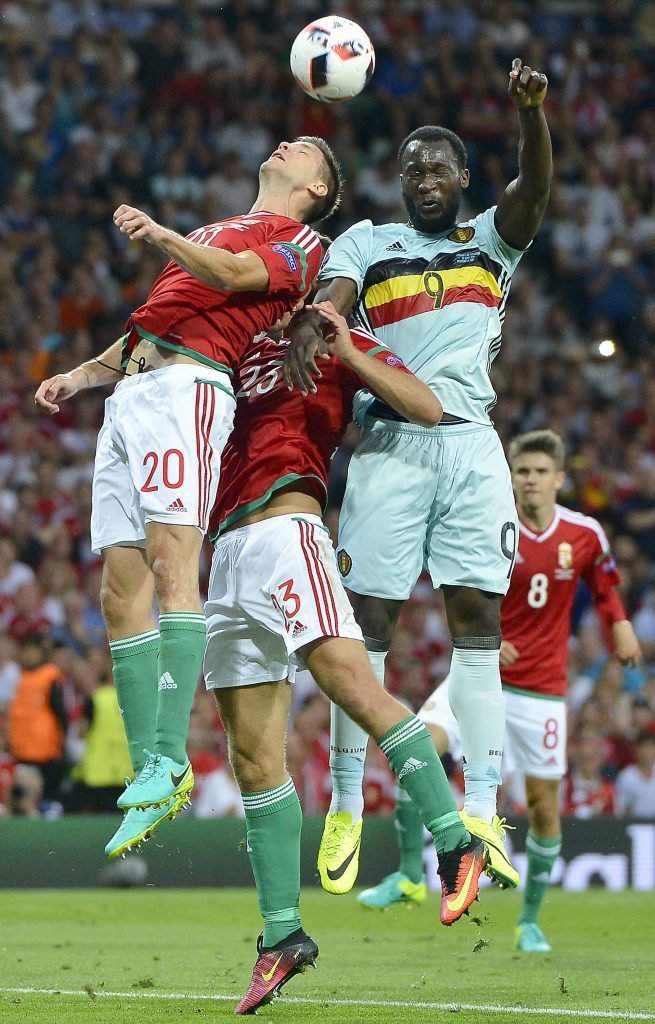 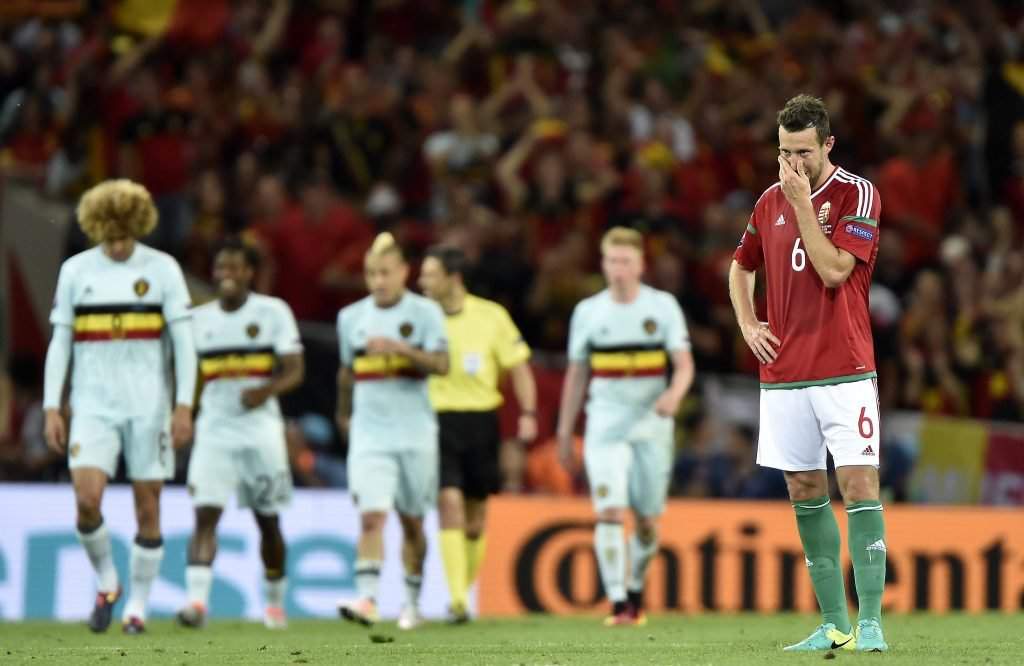 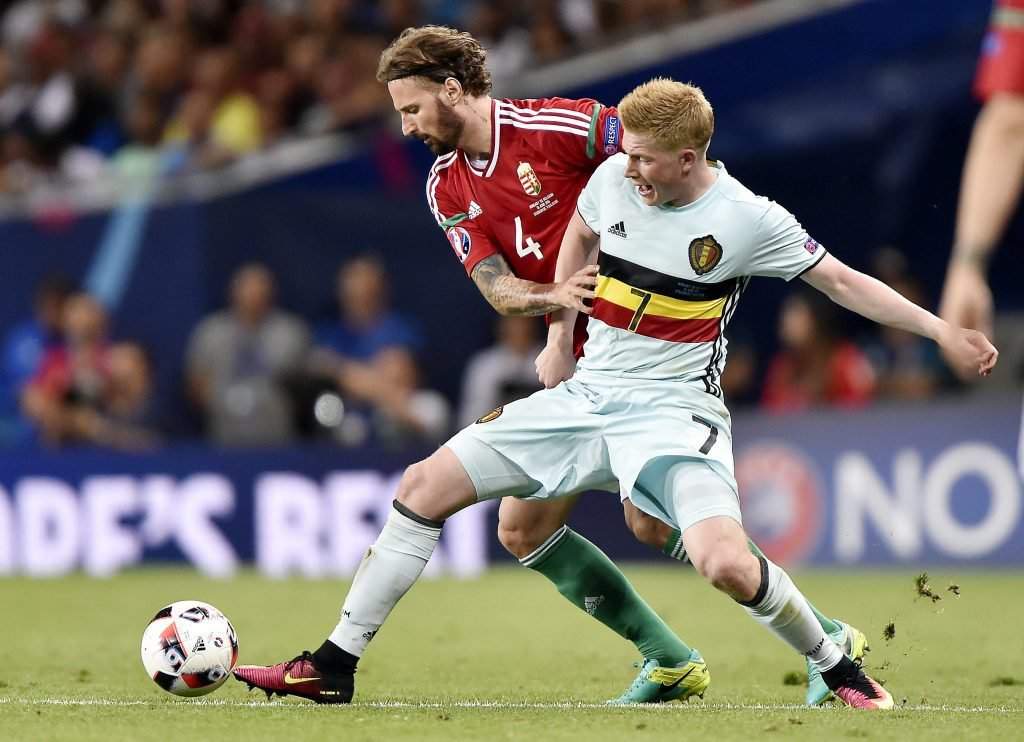 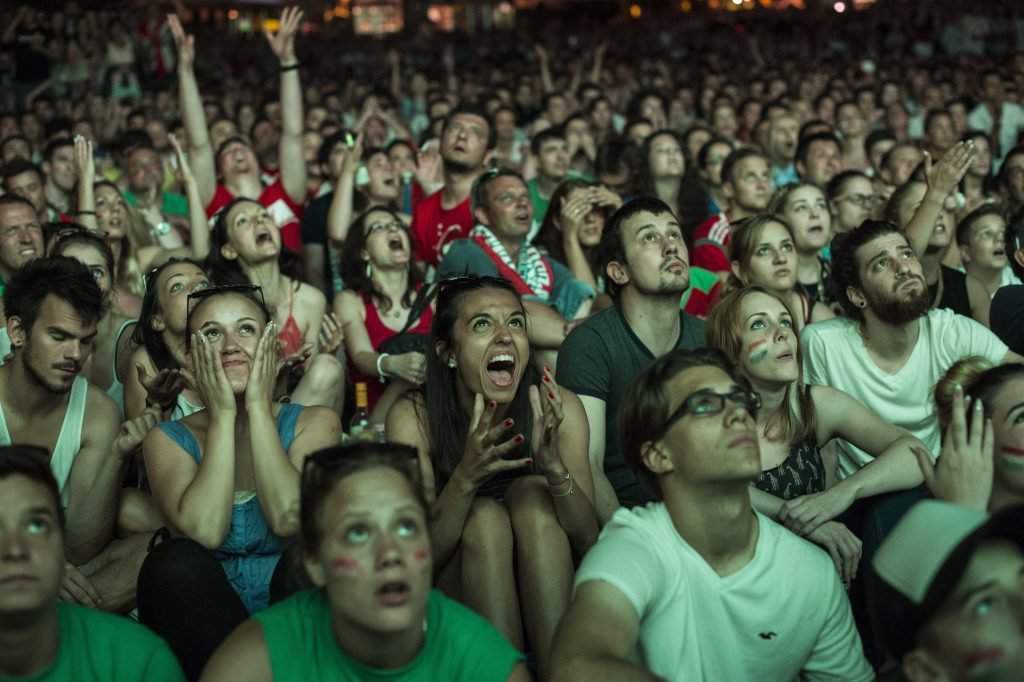 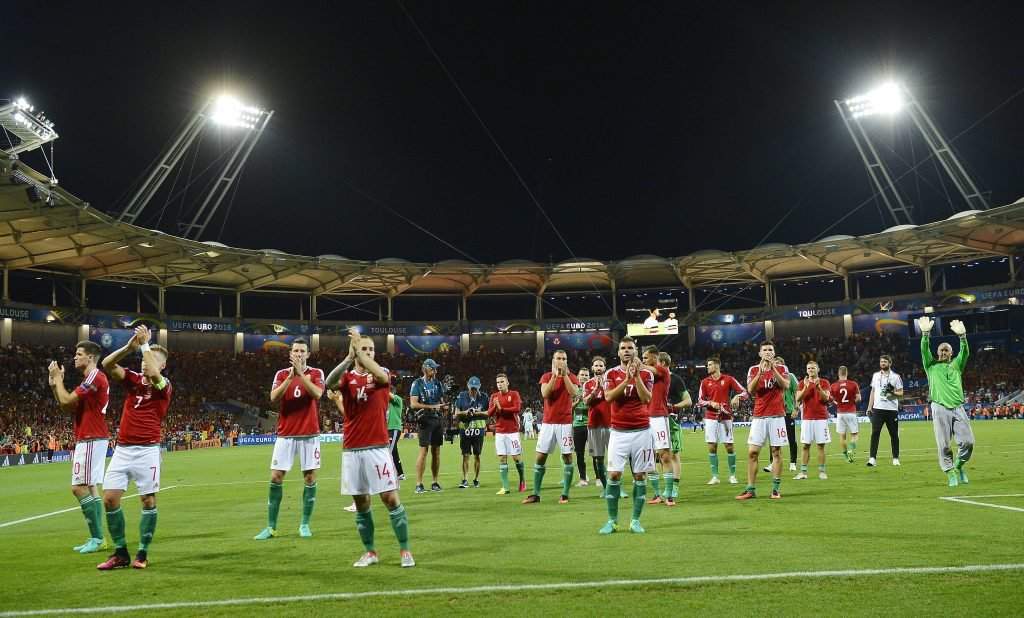 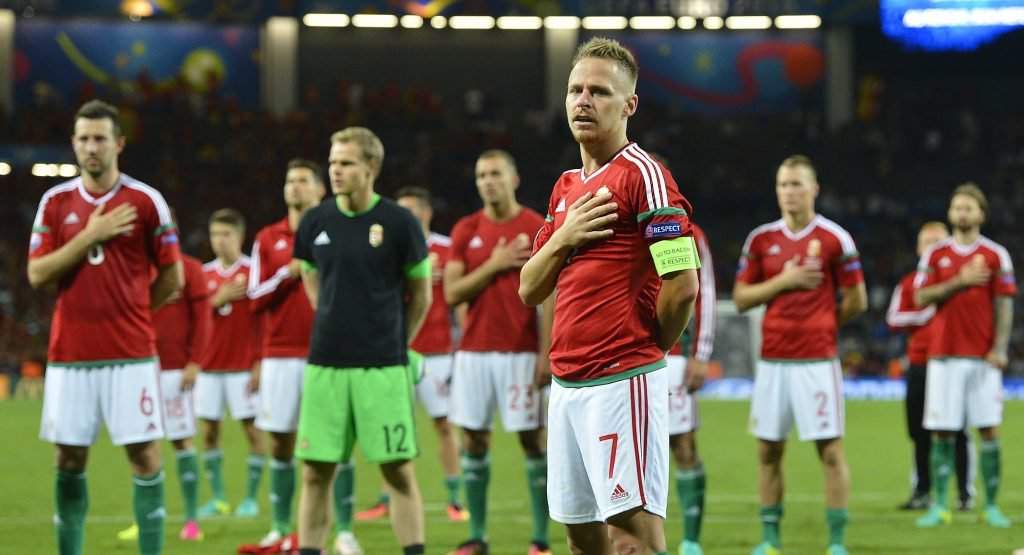 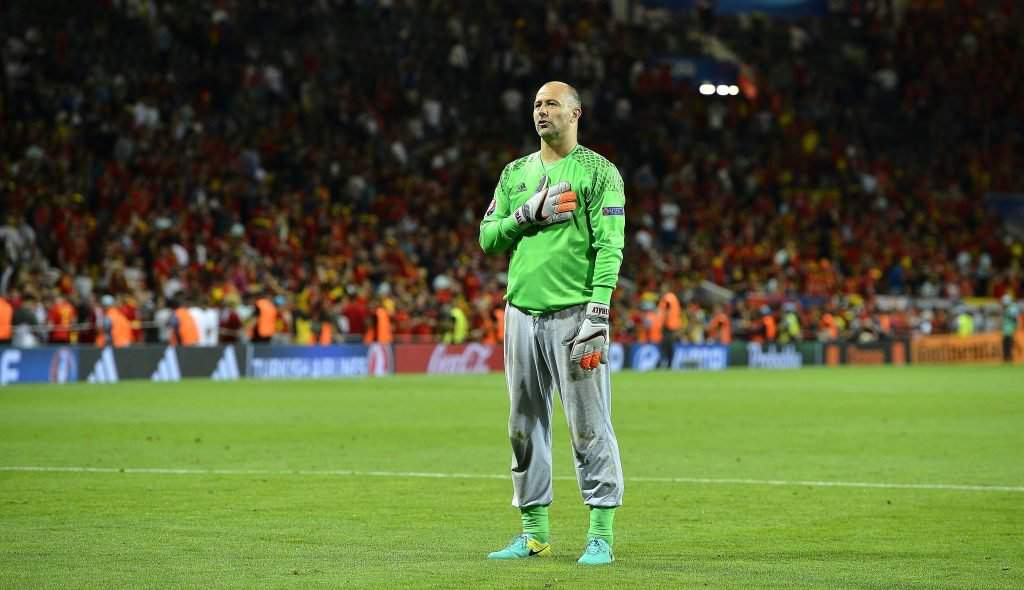