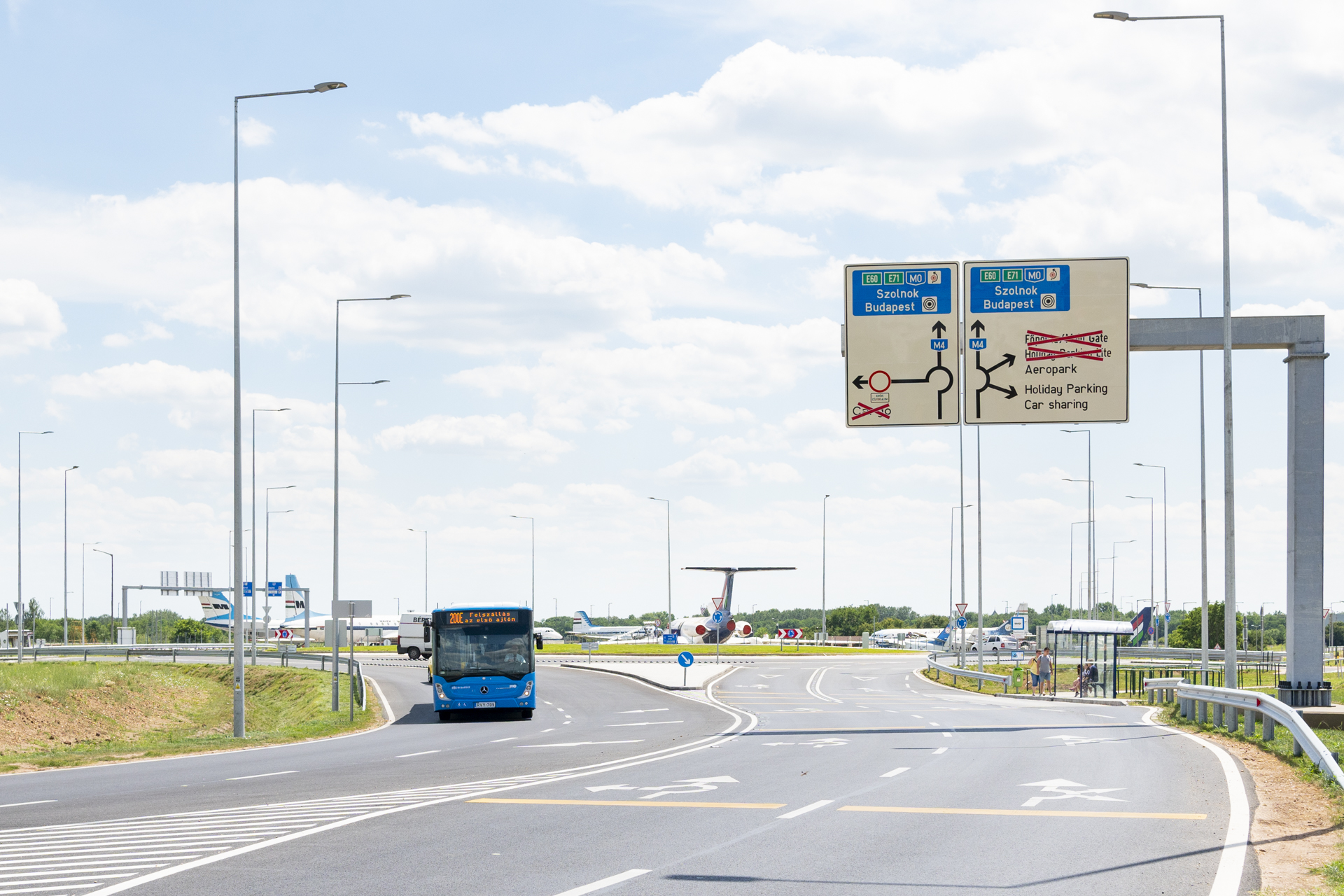 The roundabout leading to Terminal 2 of Ferenc Liszt International Airport has been completed. Thanks to the roundabout, constructed with support from the European Union, accessing the terminal has become safer and simpler. As part of the project aimed at developing road access to the airport, numerous other development components have also been implemented; the expansion of the kerosene unloading station, the refurbishment of the firewater powerhouse and the construction of a new transformer station, amongst others. A new bicycle path connecting Market Central and Terminal 2 is also under construction and to be finished by the first half of next year.

The roundabout constructed on main road number 4 en route to Budapest Airport Terminal 2 was completed on Monday and immediately handed over to traffic. Thanks to the two-lane turbo roundabout, access to the airport by road has become safer and faster. The roundabout was designed so as to be able to efficiently handle the increasing future traffic to Terminal 2 and also the vehicle traffic turning off towards the Cargo City.

Budapest Airport placed great emphasis on the scheduling of the works; the roundabout was completed in less than a year, with minimal disturbance to road traffic from the construction works. 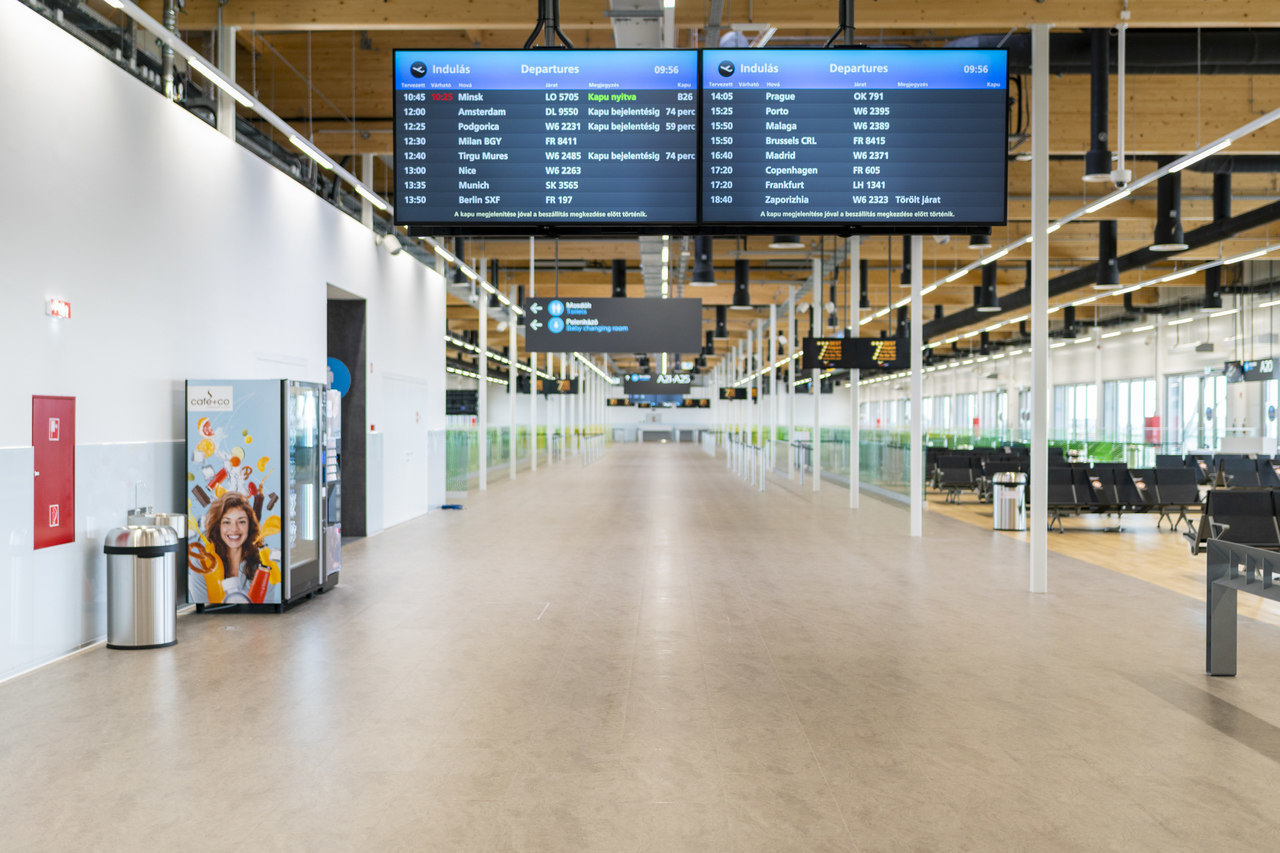 The total cost of constructing the roundabout was 1 billion HUF (3 011 767 EUR), 85% of which will be reimbursed by the European Union in the form of subsequent support, as part of a support package for a complex landside airport development project. As part of the project, a new transformer station was constructed, the firewater powerhouse at the airport was refurbished, the railway line leading to the airport from main staff entrance (gate C) was refurbished and expanded, a rail cargo yard was constructed, the kerosene unloading station was expanded and the airport’s perimeter fence along main road number 4 was replaced.

As part of the development package, financed largely by the European Union, further projects will be implemented in the coming months; Budapest Airport is constructing a new main gate building, as well as refurbishing and expanding the connecting service road, which will also be extended to the double roundabout in Vecsés, thus enhancing safe road access and freight delivery to the airport. Within the area of the airport, the new main gate building will also be linked to gate C with a service road. As part of the project, bicycle roads will also be constructed from the double roundabout in Vecsés to Holiday Parking and the new main gate.