Mátyás Tajti, the promising young talent from Puskás Akadémia, has chosen Barcelona instead of Real Madrid. The contract will be secured on June 2nd, when he reaches the age of 16, report origo.hu.

Although the Spanish interest was well known, the announcement was only made recently as Barcelona was threatened to be banned from the next two transfer window. However, FIFA suspended the punishment, hence all obstruction moved away from the transfer. 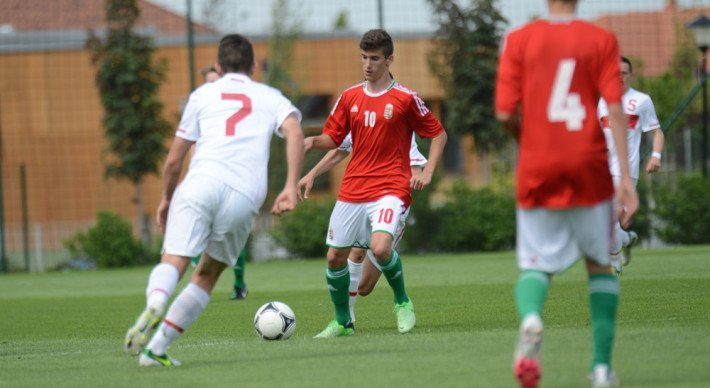 Both Real Madrid and Barcelona showed interest toward the Hungarian youngster and the Blancos had a better position as they are partners of PuskásAkadémia. Yet Tajti chose the Catalonian club as he is a fan of the Balugranas and was allowed to choose freely.

According to origo.hu, the soonest when he can join the famous youth academy of Barcelona, La Masia, is June 2nd. It is his 16th birthday, because only at least 16 years old players can be transferred.

El MundoDeportivo said that Tajti is the most promising Hungarian young player. Barcelona discovered him on an U16 tournament and invited him to train. He returned with the determination that he would like to continue his career at La Masia.

Budapest economy European Union Fidesz Government History Hungary migration Ministry of Foreign Affairs tourism Viktor Orbán
U.S. singer Billie Eilish dominated the 62nd Grammy Awards held in Los Angeles on…
Just like on Saturday, Hungarian skating brothers Shaoang Liu and Shaolin Sándor Liu,…
The candidate of the ruling Fidesz-Christian Democrats alliance Csaba András Dézsi…
Budapest is one of the hubs of European traffic, so German electric car-sharing…
We and our partners use technologies, such as cookies, and collect browsing data to give you the best online experience and to personalise the content and advertising shown to you. I accept
Privacy & Cookies Policy