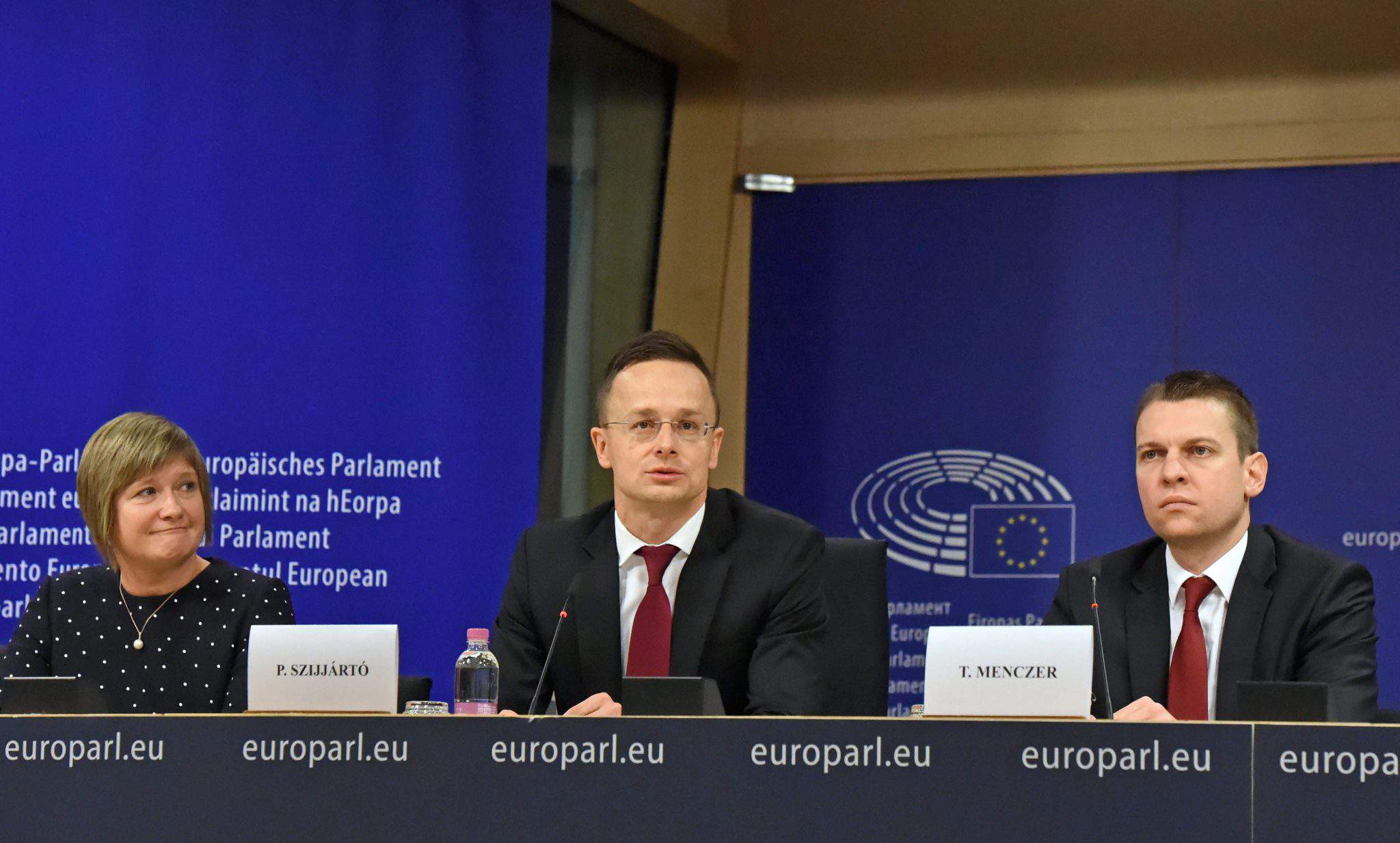 Had the Hungarian government not adopted its policy on immigration, Thursday’s hearing by the European Parliament’s committee on civil liberties, justice and home affairs (LIBE) would not have taken place, Péter Szijjártó, the foreign minister, told public radio in an interview on Sunday.

The minister said over the past 18 months it had become clear that the political elite in western Europe and the people had begun to diverge.

people in western Europe had “encouraged us”, saying “if only their governments would do the same; and finally someone has recognised the dangers inherent in illegal migration”.

“So it was hardly surprising that at the hearing, against all expectations, many more spoke with Hungary than those who spoke against it, and it is not at all surprising that our accusers and condemners were unable to raise a single concrete instance,” he said.

The hearing was “part of the same witch hunt” which has been held against Hungary “for the fourth time in short order”, he said.

there was no reason why Hungary should be brought before any EP committee concerning the rule of law.

“There is nothing to be ashamed of, and nothing outstanding has happened in Hungary to distinguish it from other European Union member states,” Szijjártó said, adding that the country is in mid-field in terms of the number of infringement proceedings.

He said it was necessary to dispel the misconceptions in western Europe that NGOs paint of Hungary.

Szijjártó said that in the judicial phase of the infringement process “we will put forward all the existing arguments: that illegal migration is a danger to Europe and the [mandatory migrant distribution] quota is also dangerous because more and more people will form the idea that they can happily come to Europe”.

“The quota is in any case unworkable because anyone can freely travel between Schengen member states,” he added.

“All this is contrary to European rules, because European treaties say that immigration is a national competence,” the minister said. It is only possible to restrict sovereignty by changing European treaties, but this would be a long, drawn-out process in which national parliaments would have a say rather than the European Commission or one of the ministerial councils in Brussels”, he added.

Meanwhile, on the topic of Ukraine’s education law that restricts teaching in the mother tongue, he said Friday had brought about “a very important victory” at the EU-Ukraine Association Council, since the EU “embraced Hungarian expectations”, making it clear that the EU expects Ukraine not to take away minority rights. Further, it expects Ukraine to engage in real and substantive dialogue with national minorities and to fully implement the recommendations of the Venice Commission, he noted.