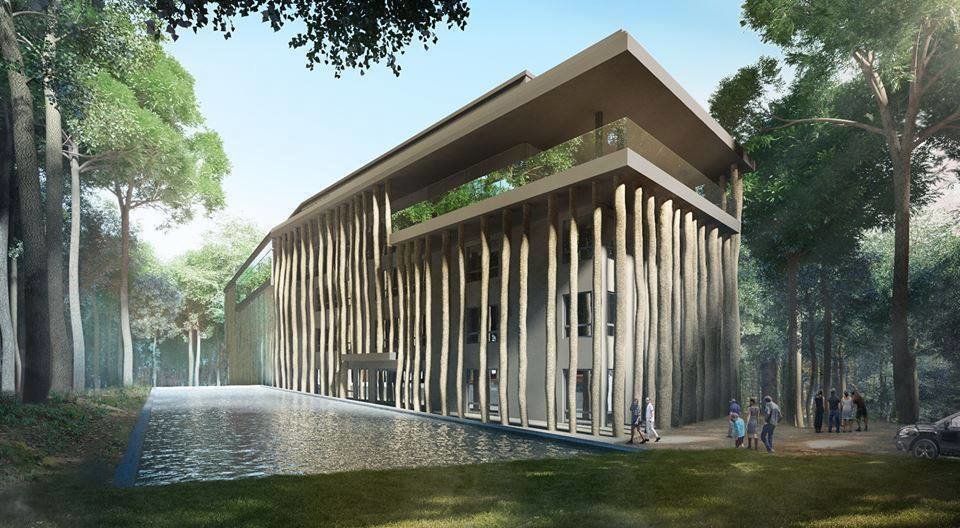 According to travelo.hu, it is planned that the four-star Hotel 135 medical wellness hotel will be ready by autumn, which hides with its solar panel park and ground floor rooms with garden wrapped in beautiful tree-trunk columns in the Villanykovesd forest.

The Medihotel in South Transdanubia offers health services meeting high professional standards its guests in a four-star quality. Currently, engineering works, the building of the ventilation equipment, the sewage system and the heating and cooling system is taking place. In parallel, the full assembly of strong currents and the building of the low current’s alignment will soon be completed. Landscaping has already begun in the building environment, the construction of the road leading to the parking lot and the hotel as well as the preparation of the transformer house’s and the solar panel park’s site are underway – turizmus.com said.

According to the website of the hotel, which won HUF 780 million of European Union support, the building was constructed taking advantage of the plot in such a way that ground floor hotel rooms have direct access to the garden and the forest. The specialty of these rooms that, thanks to the large glass surfaces, nature almost moves into the room. On the additional two floors the hotel rooms have an ever-expanding panoramic view. A total of 22 rooms will be opened, of which 3 are superior-size rooms, but there also will be two rooftop suites, to which Jacuzzis belong on the huge terraces.

Healthcare venues will be on the first and second floors. Here, a physiotherapy, exercise therapy department will be created which provides the medical wellness service, treating the guests’ needs and the proposed therapies in a complex way. In addition, internal medicine and rheumatology services are planned, for which immediately, locally available therapies can be recommended and provided – the website of the hotel said.

based on the article of travelo.hu
translated by BA