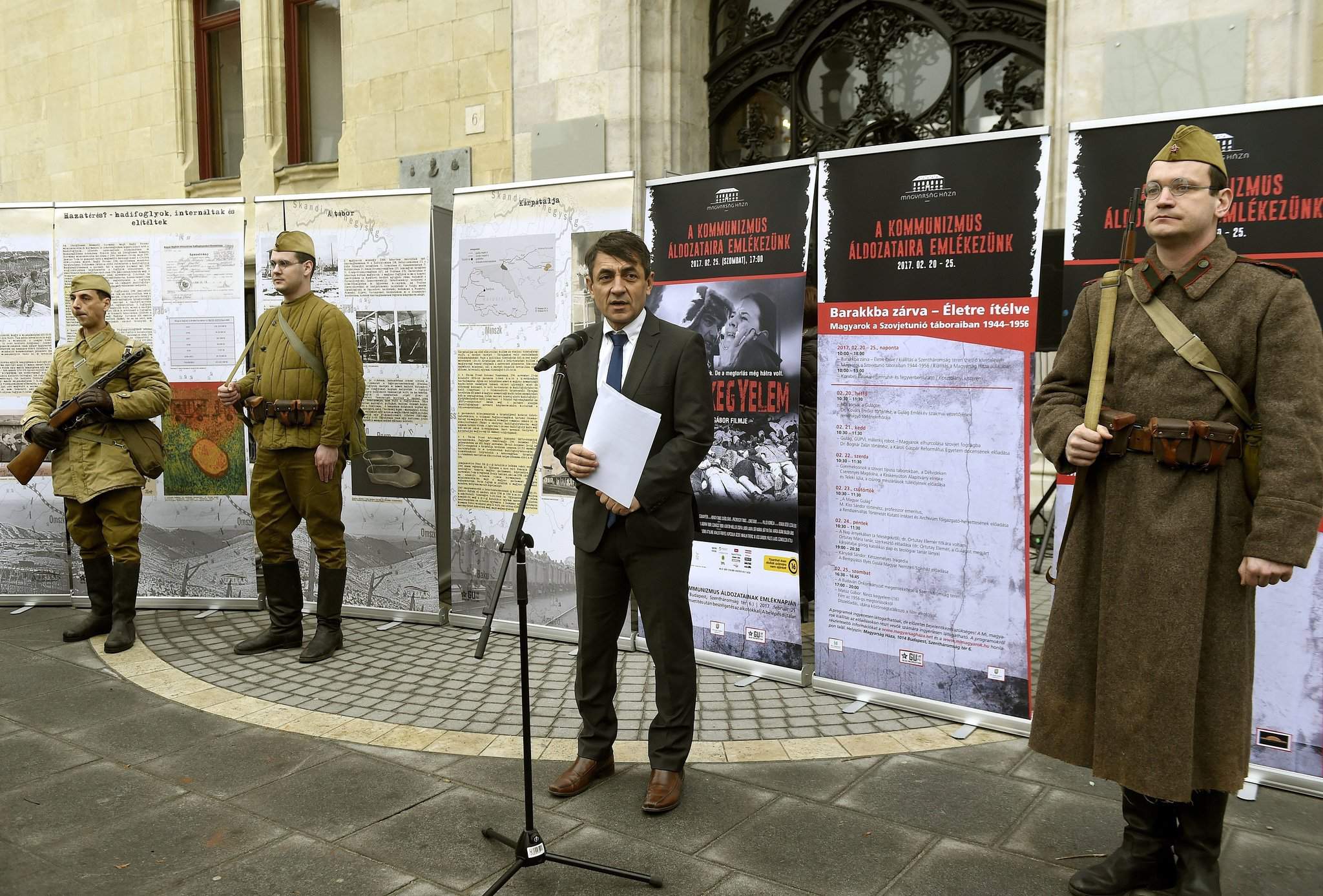 Budapest, February 20 (MTI) – One must never forget the fate of those deported to Soviet forced labour camps of the Gulag during and after WWII, the state secretary for Hungarian communities abroad said on Monday.

János Árpád Potápi launched a series of programmes before the official ending of the Gulag memorial year on February 25, a memorial day of martyrs of communism, in the House of Hungarians in the Buda Castle.

According to researchers, the number of Hungarian civilians taken to Soviet camps was between 700,000 and 1.1 million, he said.

Hungary trailed only Germany and Japan in terms of the proportion of those taken to the Gulag within the whole population.

February 25 is observed as a memorial day of martyrs of communism since 2000, under a parliamentary decree. On this day in 1947, leader of the Independent Smallholders’ Party Béla Kovács was illegally detained and deported to the Soviet Union.