Gyurcsány: We believe in United States of Europe

Budapest (MTI) – The leftist Democratic Coalition (DK) is committed to the idea of the United States of Europe and closer cooperation within a stronger European Union it entails, the party’s leader Ferenc Gyurcsány told the press on Saturday.

Speaking in the break of a conference on the future of Europe, Gyurcsány named as priorities a new European Constitution, dual citizenship reflecting both national and European identity, coordinated EU border defence, common foreign and defence policy, common social security and labour law with wages at European standards.

“The western European nations have reached a higher standard of living and this is what we should achieve, too. Let’s catch up with Brussels!”, he said, referring to the government’s current billboard campaign “Let’s stop Brussels!”. 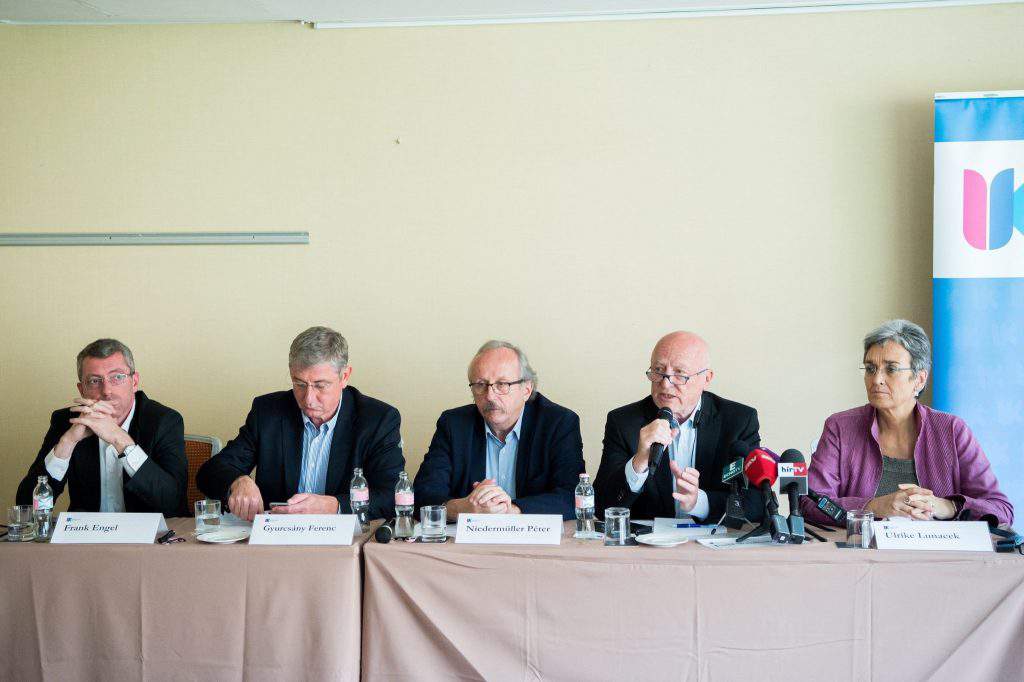 MEP Frank Engel, representing the European People’s Party of which ruling Fidesz is a member, said that migration should be viewed as a situation to be solved rather than as a crisis. Engel praised DK for conveying the message that the EU is not against Hungary.

Ulrike Lunacek, Vice President of the European Parliament and member of the green alliance there, took a stand for the idea of the United States of Europe and said that all European countries should take a part in meeting the challenge of migration by accepting refugees.

The conference, also marking the 60th anniversary of the Treaty of Rome, was organised by the EP group Progressive Alliance of Socialists and Democrats and DK’s New Republic Foundation.

Budapest economy European Union Fidesz Government History Hungary migration Ministry of Foreign Affairs tourism Viktor Orbán
The function of the project is to serve the Airfield of Hármashatárhegy, and its…

The Hungarian government plans to keep the momentum of economic growth while…
The three Hungarian citizens who have flown home after staying on a Dutch cruise ship…
One of the flights of Ryanair was scheduled to take passengers to Gran Canari,…
We and our partners use technologies, such as cookies, and collect browsing data to give you the best online experience and to personalise the content and advertising shown to you. I accept
Privacy & Cookies Policy