Here’s what you never knew about Hungarian marriages

Hungarian clean rooms and marriage customs are unknown to foreigners, but do not worry, we gathered all the information you need! By the end of the article, you will also be able to distinguish different nationalities.

A few generations before ours, young women in their twenties were afraid that they would never get married. Especially in the era of wars, unmarried women had serious concerns that they would never find a healthy man to be their partner. But make no mistake, old customs came to their help.

If an unmarried young man went to church in another village, one of the locals had to invite him for lunch.

This is how some young couples met and eventually got married. Another interesting thing to know is that in some villages the wedding dress of the bride was green.

What might surprise you even more, is that engagement rings were not too important decades or centuries ago. When a relationship became serious, the young couple and their families discussed marriage, and the engagement was nothing like it is nowadays.

The young man gave a practical gift to the bride-to-be, and accepting the gift meant that she accepted the proposal. In order to reassure the future husband, she had to give a gift as well. This is where the word jegykendő (engagement kerchief) comes from. The bride-to-be gave a kerchief to her fiancee with his name or monogram embroidered in it.

Gifts could also include clothing items, but what distinguished “love gifts” from everyday items were two pieces of information engraved in them: from whom to whom the item was gifted, and the year the gift was given.

But probably the most exciting aspect of the old ages is the room called clean room. This got its name because it was never used and was always unheated, thus remaining clean from grime. The purpose of the room was to store and show the dowry. 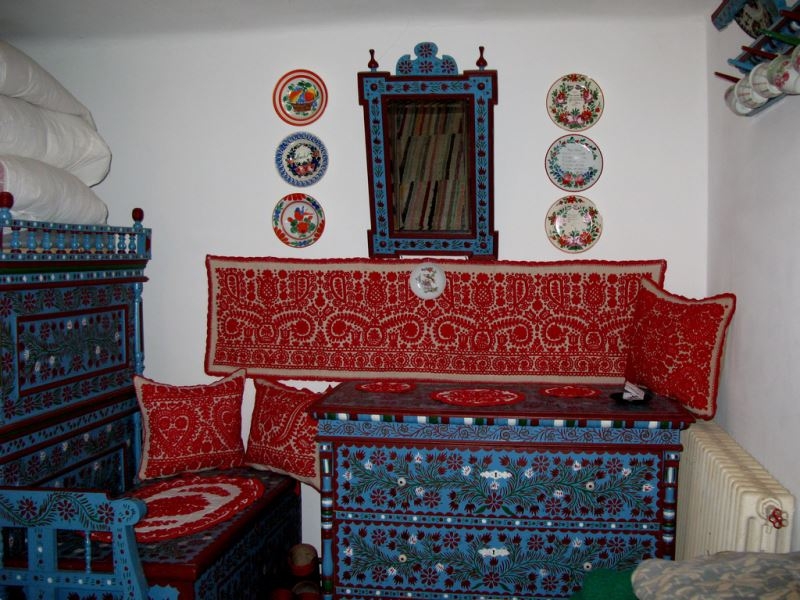 The more items could be found in the room, the more wealthy the family was. All of the plates, jugs, tablecloths, pieces of furniture and pillows were put on display for the guests to see. Parents tried to make the pile of pillows on the bed as high as possible because this was another indicator of how wealthy the family might be.

After the family’s daughter got engaged, the bed with the pillows was carried on the village’s streets on a horse-drawn carriage to show what she would bring to her new household. If a family was not wealthy, they could use tricks to make the bed look higher. They put a piece of wood that looked like a shelf into the bed, creating an empty space that was covered by a cloth. If they were lucky, nobody looked under it. The dowry was sometimes left out in the barn with all the doors open so that every local could see it. The showcase lasted for about two weeks. 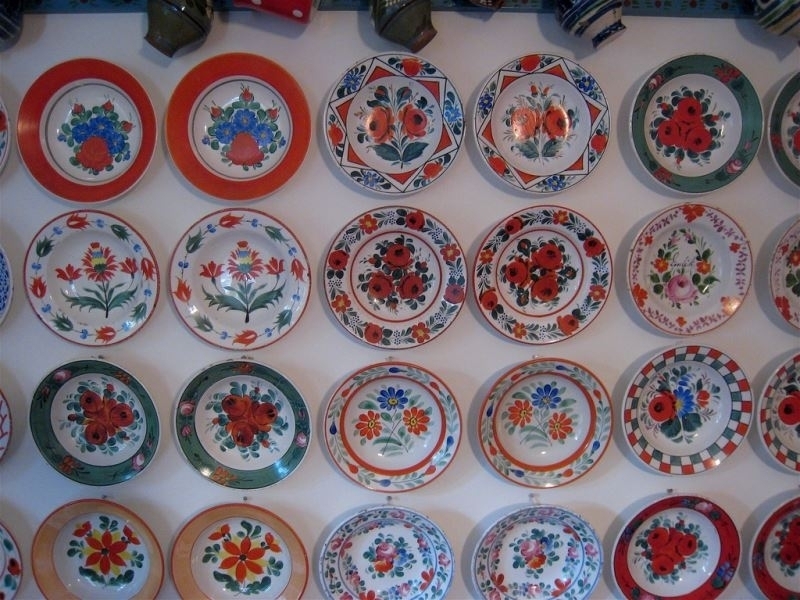 The clean room was not only stunning to look at, but it also carried information. The colours used and the embroidered decorations on the pillows showed the region and the nationality of their owners. In Transylvania, for example, blue and red were used by Hungarians, yellow was a colour that Romanians preferred, and black was used by Saxons, people of German ethnicity. When somebody died, the clean room was ”dressed in grief”.

To distinguish different nationalities in Transylvania, one can take a closer look at the items. Saxon people always wrote numbers on the items to show the year they were made. They were extremely precise. If a cloth was made in a different year than the lace on it, they sew different numbers on both the cloth and the lace edge. 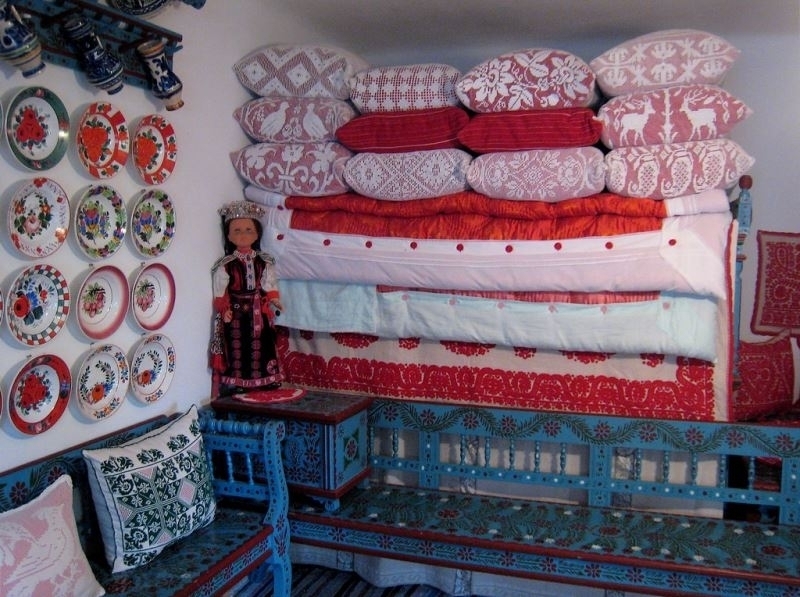 The embroidered motifs coded information, too. In Transylvania, the width of the embroidered decorations on pillowcases indicated the region. Some regions were known for narrower patterns; others had wider decorations. The motifs were indicators of nationality, as Hungarians used flower motifs, but Romanians liked geometric decorations.

In many households, other rooms than the clean room carried information as well. In Saxon houses, for instance, if the chairs at the table were slightly turned away from the table, it meant that guests were welcome. But if the chairs were facing each other, it meant that the married couple had an argument and guests are unwelcome.

This developed into a trick. If someone was coming to visit, the couple quickly looked outside the window, and if the person approaching was unwelcome or had a tendency to visit too often for too long, the position of the chairs was quickly changed.