The first lung transplant has happened in Hungary. According to nol.hu, the middle-aged man, who got a new lung only a week ago, is doing well and is recovering fast.

The 53-year-old man – who has smoked for 30 years and spent decades in a galvanizing plant – got a new lung instead of his damaged one on last Saturday in the Thoracic Clinic of the National Oncology Institute. The man stood up a few days after the surgery. He is doing well and is recovering fast.

A total of 92 people’s coordinated work was needed in order to get the seriously ill man his new lung in Budapest. The operating team was trained in Vienna. There were several developments in the National Oncology Institute prior to the surgery. 4 weeks before the actual action, there was an alert to test everyone’s performance in their task in an actual situation. After that, four patients among dozens of people of the waiting list were chosen who were in a suitable condition for receiving a new organ. The real alarm happened on last Saturday, nol.hu wrote. 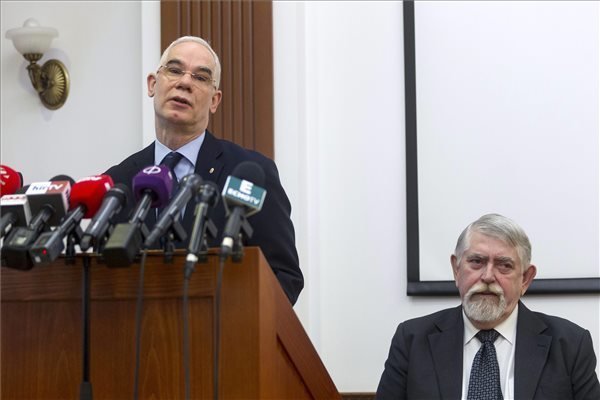 Director-general Miklos Kasler called the surgery a “historical moment of medical science” and told that many years had to pass to perform the six-hour-long surgery in the institute. He noted: it would not have happened without the support of the ministry.

Attila Benda, deputy secretary of state for the Ministry of Human Resources said to nol.hu: the Thoracic Clinic received devices for HUF 200 million and the operation of the department has been funded with an additional HUF 60 million. Zoltan Balog, leader of the ministry, informed the press conference on the surgery that the government supported the construction of the infrastructure for the surgery with HUF 900 million.

The deputy secretary of state said: the cooperation will not be ceased with the Vienna clinic by the launch of the Hungarian lung transplants. If there were patients who can be operated more safely abroad, they would be brought there.

MTI reported last Monday that there were 3 surgeries in the Thoracic Clinic of the National Oncology Institute in the recent weeks where so-called artificial lungs were used. The instrument pool and the artificial lung necessary for domestic lung transplant arrived at the institute in mid-November; they could help 3 patients since then.

based on the article of nol.hu