Hungarian baker 22nd at the PizzaExpo in the USA

The 34th PizzaExpo took place in Nevada, the USA last week. At the Pizza Challenge, that is part of the Expo, Hungarian Szabolcs Szabadfi also took part. He is a handcraft baker and pizza master. Sokszinuvidek.24.hu writes about the event and Szabi’s success.

At the competition, there were five categories in total: Traditional, Non-traditional, Pan, Pizza Napoletana, and Gluten-Free. Szabi entered the competition in the non-traditional category with his leavened pizza. This vegetarian food included green tomatoes, black garlic, pumpkin stripes marinated with orange, chilli, baby carrots, and basil caviar among others. 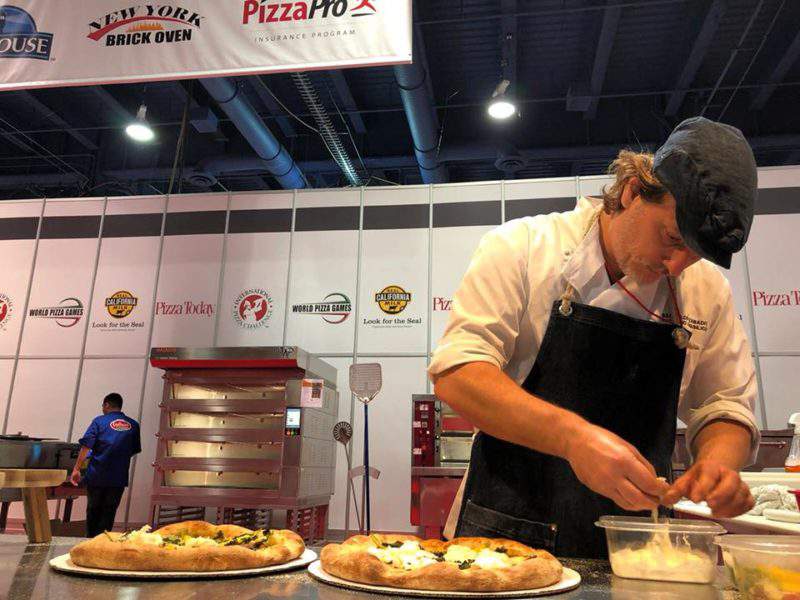 “This pizza had a mission. I only used organic vegetables from the garden and cheese. My pasta had been made for three days with leaven. I wanted it to blow up and be filled with air, and I succeeded. I was happy when the speaker acknowledged that my pizza tasted light and fresh. According to him, my pizza was the freshest of that day.”

Out of more than 200 competitors, Szabi ended up in the 22nd place. The most interesting fact about this competition is, however, that only American, Italian, and Japanese people came before him. Therefore,

Hungary became eventually the 4th best nationality at the competition. 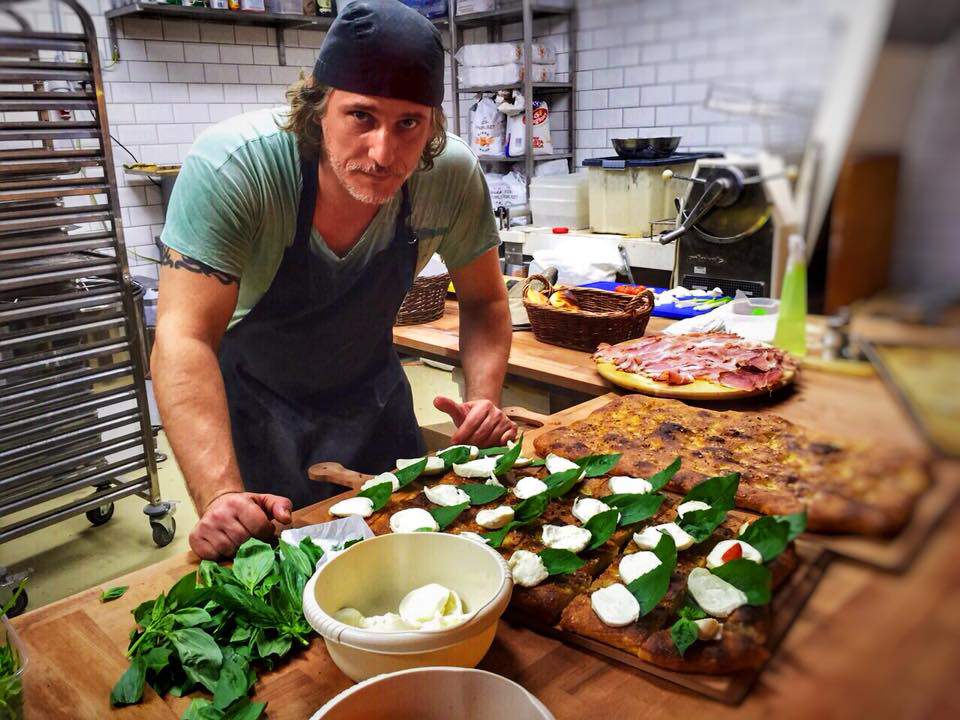 a good baker is actually an artist, who shares his love through baking.

The most important ingredients in his life are flour, leaven, and coffee. He does not sleep too much, and his apron is always floury 🙂 This charming gentleman comes from Kőszeg, that is a lovely little town, but he has travelled surprisingly much. He spent ten years abroad in Austria, Italy, Sweden, and Malta. Then, he came home to Hungary and opened the beloved Panificio il Basilico (Basil Bakery), that also serves as a bistro. Today, there are more shops of his; at Városmajor, Király, and Hold Street in Budapest, and in Szentendre as well. He is very proud of his three children, Winnie (his clever labrador), and the pizza he bakes.