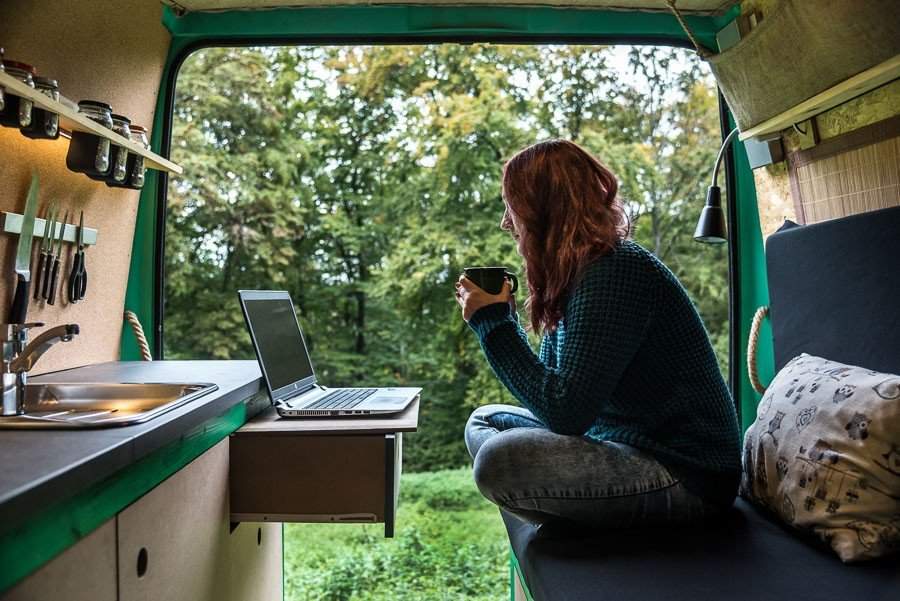 How could it feel to live in a 6 square metre rolling apartment, when your home is where you park your vehicle? Norbert Juhász, a young architect and his girlfriend, Dóri realised their dream and exchanged their rented apartment for a house built by themselves, which allows them to travel the world.

Nowadays we can read a lot about people following a “digital nomad” lifestyle, especially those who live in vehicles. This type of travelling called #vanlife is not new: most of us surely remember Volkswagen T1 with its huge wheel and hippy colours, however this lifestyle has went through some changes in the past couple of years. It’s not just the lifestyle of hipsters anymore, people with flexible jobs like programmers, translators, writers, photographers, graphic artists all have the chance to keep changing the location of their home while working without any trouble.

According to player.hu, it took the Hungarian couple almost five months of persistent and cost-effective work to turn the 16-year-old van into a magic car and 6.3 m2 mobile home. Norbert shared their story on epiteszfrum.hu, where they wrote that the interior of the van is made up of three furniture elements: the bed, the kitchen and the storage chest. 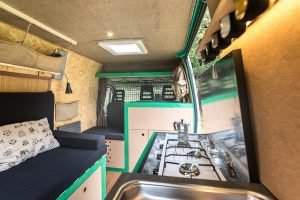 The first element, behind which the electric system runs, is a sitting area that can be transformed into a bed. The kitchen element includes a gas bottle, a sink, a tap, a 70 litre tank and a storage area. The furniture is L-shaped: its lower part functions as a sitting area, which hides a refrigerator below. The remaining part of the furniture can be used to store anything.

They solved the problem of the electric and gas systems easily, while the main aspect concerning the appearance of the van was simplicity. They didn’t want to have an ostentatious mobile home, so they opted for simple and practical solutions. Also, they wanted to spend the least amount of money on the car so that they could travel more.

And how much did it cost? According to the couple, all in all the project cost 2,100,000 forints. The transformation itself cost 900,000 forints, the van was 650,000 forints and additional costs added up to 550,000 forints. Not bad for a fully functional home that can be an Alpine weekend house or a vacation house at the Spanish coast. 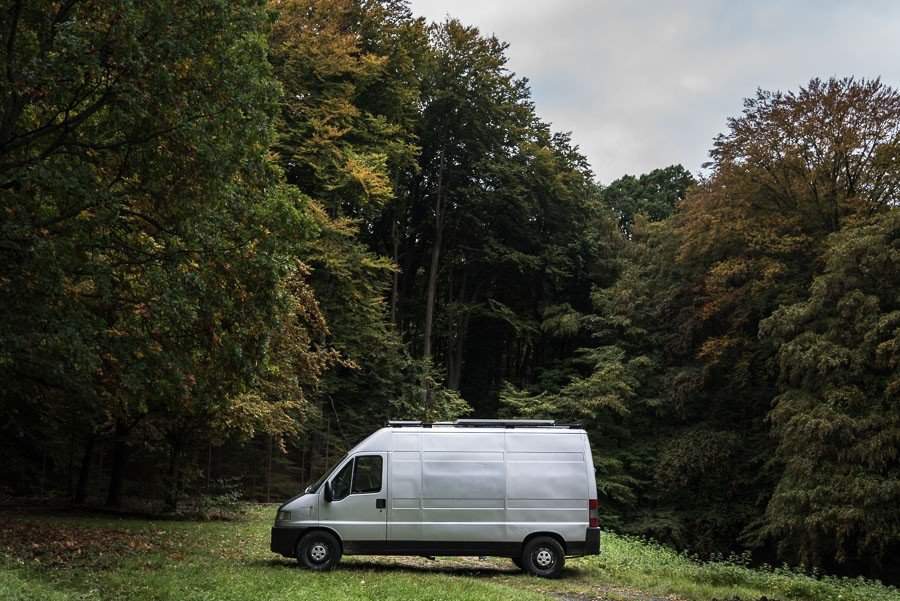 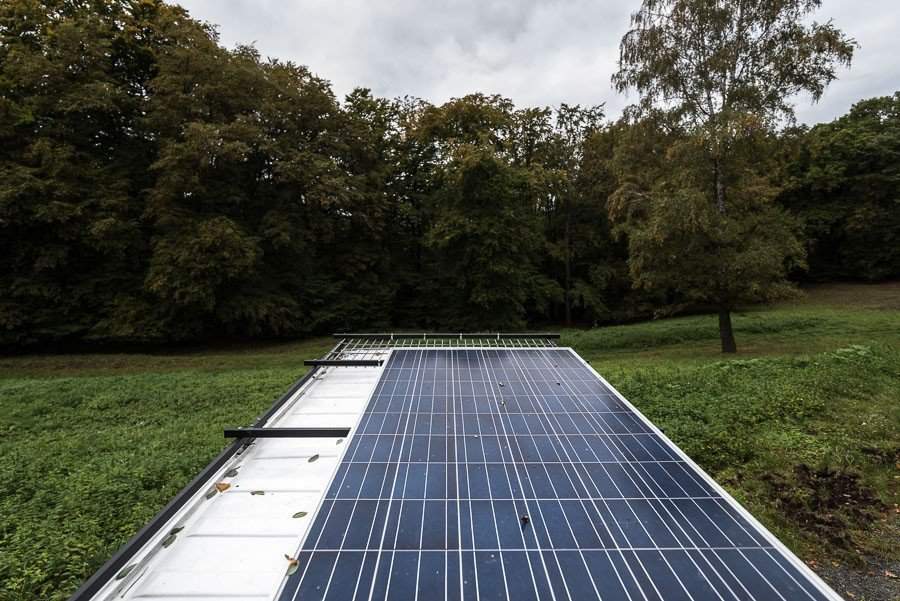 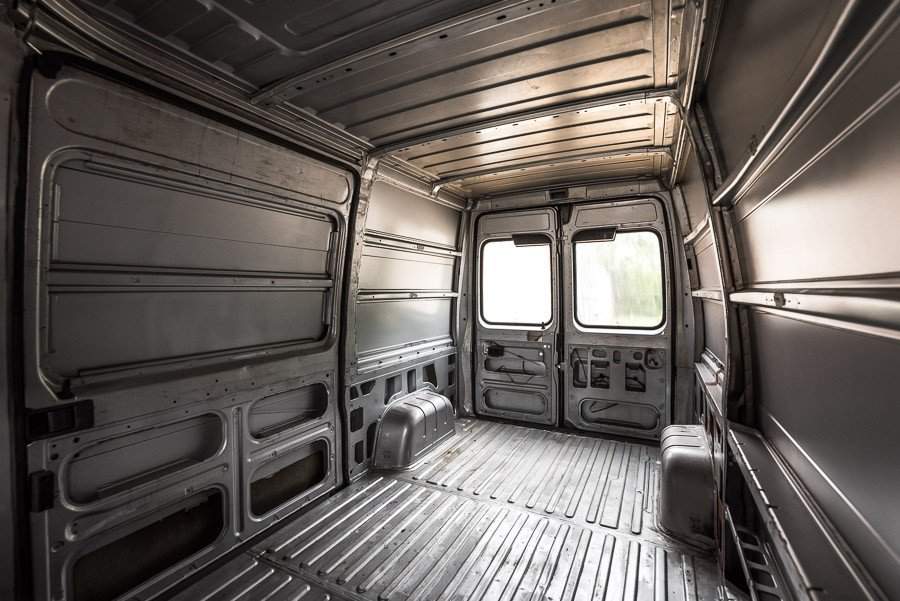 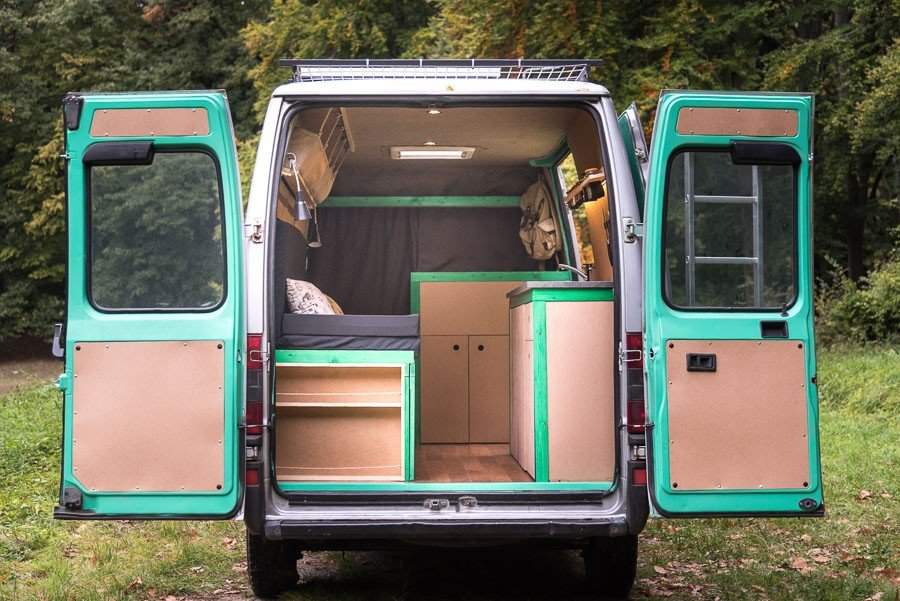 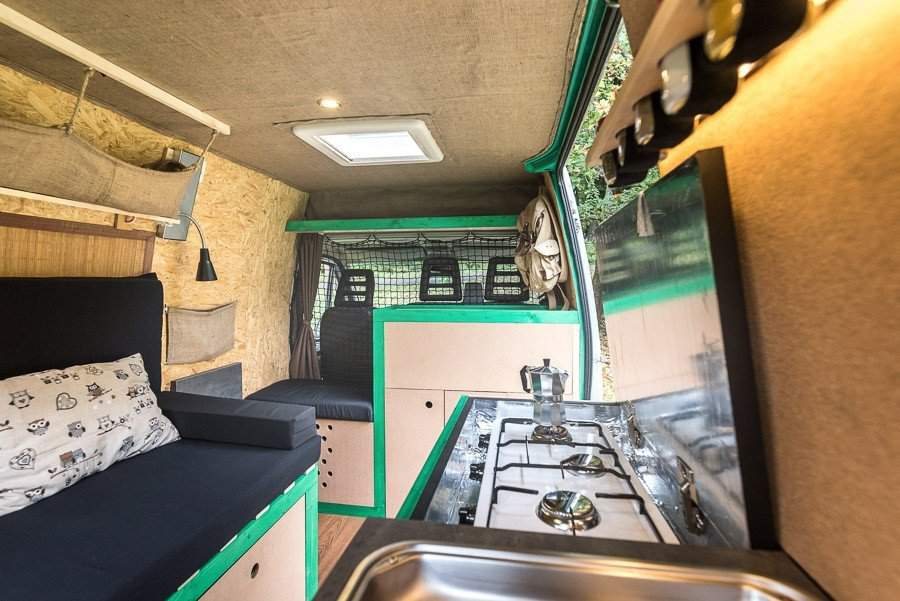 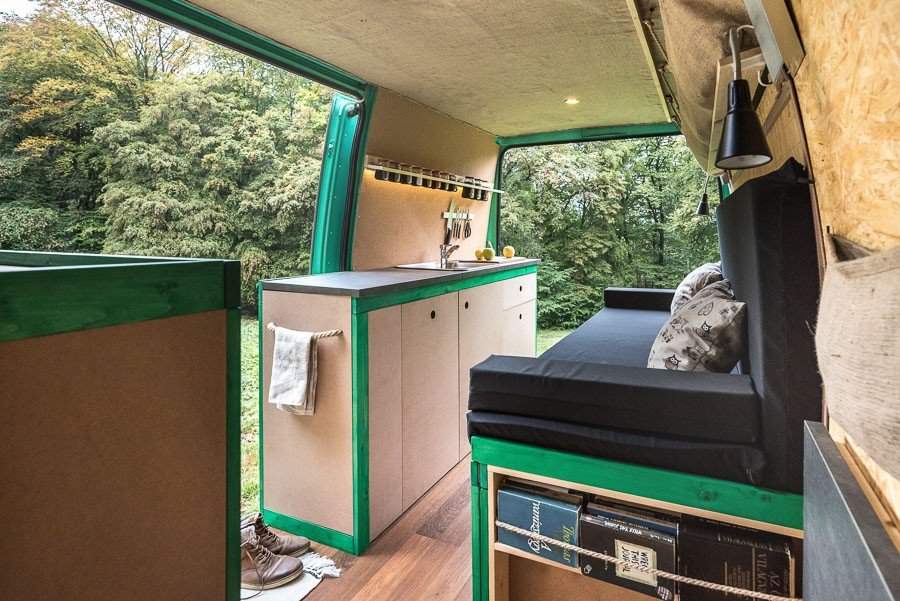 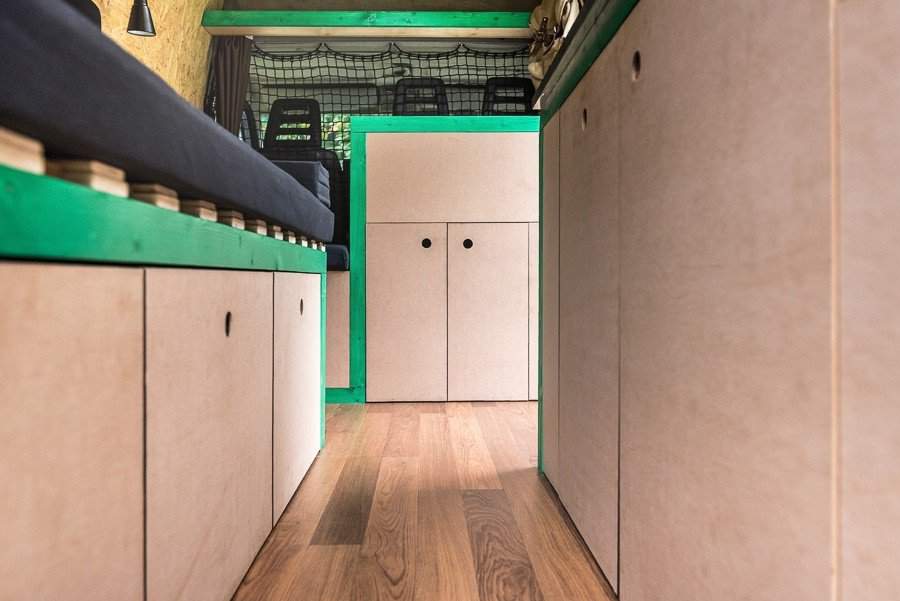 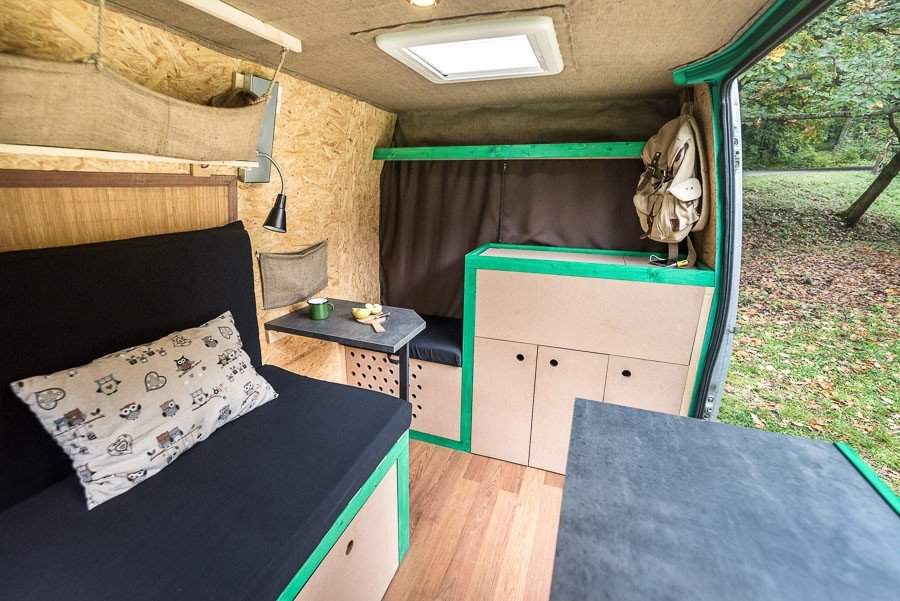 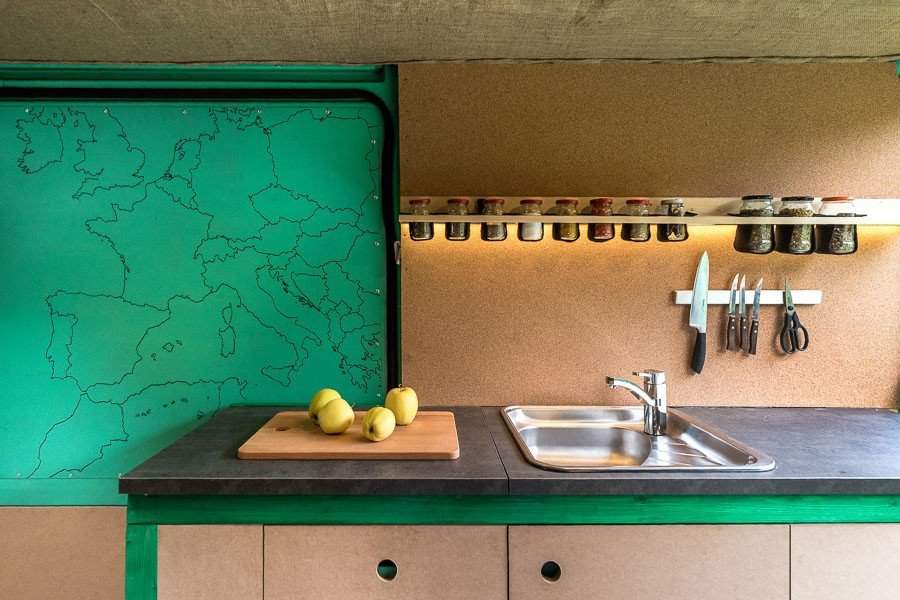 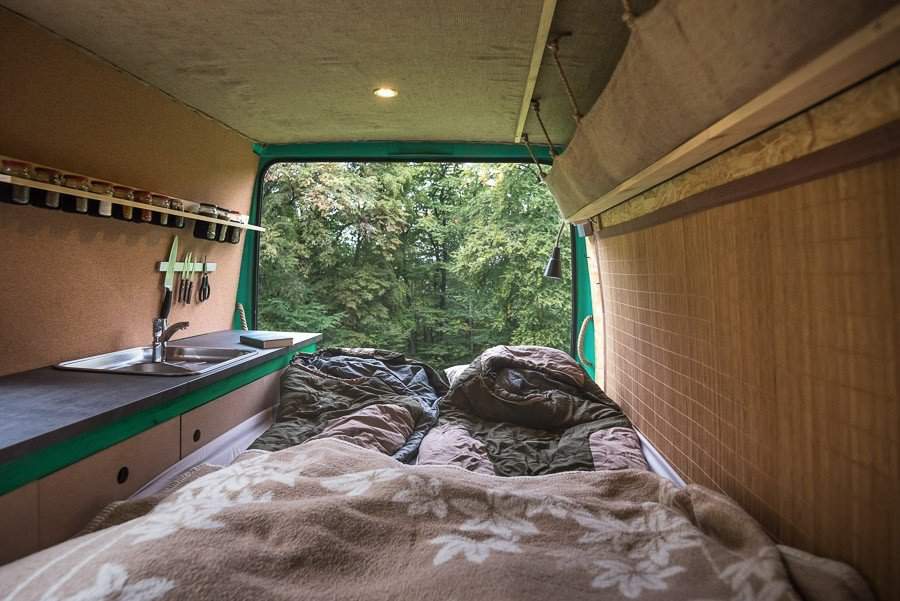 The young couple has been on the road for almost five months, they don’t have to spend on accommodation anywhere and they love the four wheeled, nomad lifestyle. You can follow their adventures on their Facebook page.

So this is it, there’s no place for excuses anymore, the adventurous mobile lifestyle is not the privilege of the west anymore, Norbert and Dóri are the living examples that it can be done in a low-budget and low-tech way.