The No.2 seeds are the first women’s team to successfully defend their Roland-Garros doubles title since 2009.

Kristina Mladenovic and Timea Babos successfully defended their Roland-Garros title with a 6-4, 7-5 victory over first-time Grand Slam finalists Alexa Guarachi and Desirae Krawczyk in one hour and 33 minutes on Sunday.

The French-Hungarian duo captured their fourth major together as a team, and are the first back-to-back women’s doubles champions in Paris since Anabel Medina Garrigues and Virginia Ruano Pascual won the title in 2008 and 2009.

With a fifth major doubles crown added to her trophy cabinet, Mladenovic now ties Sara Errani and Bethanie Mattek-Sands for third-most Grand Slam doubles titles among active players, behind Serena and Venus Williams and Lisa Raymond. Babos has taken over the next spot on that list by herself with her fourth career Grand Slam doubles triumph.

In their first meeting with Krawczyk and Guarachi, Babos and Mladenovic took a close opening set in 48 minutes. The second set was a topsy-turvy affair that witnessed a run of six consecutive service breaks before the Frenchwoman finally served it out to secure the victory. 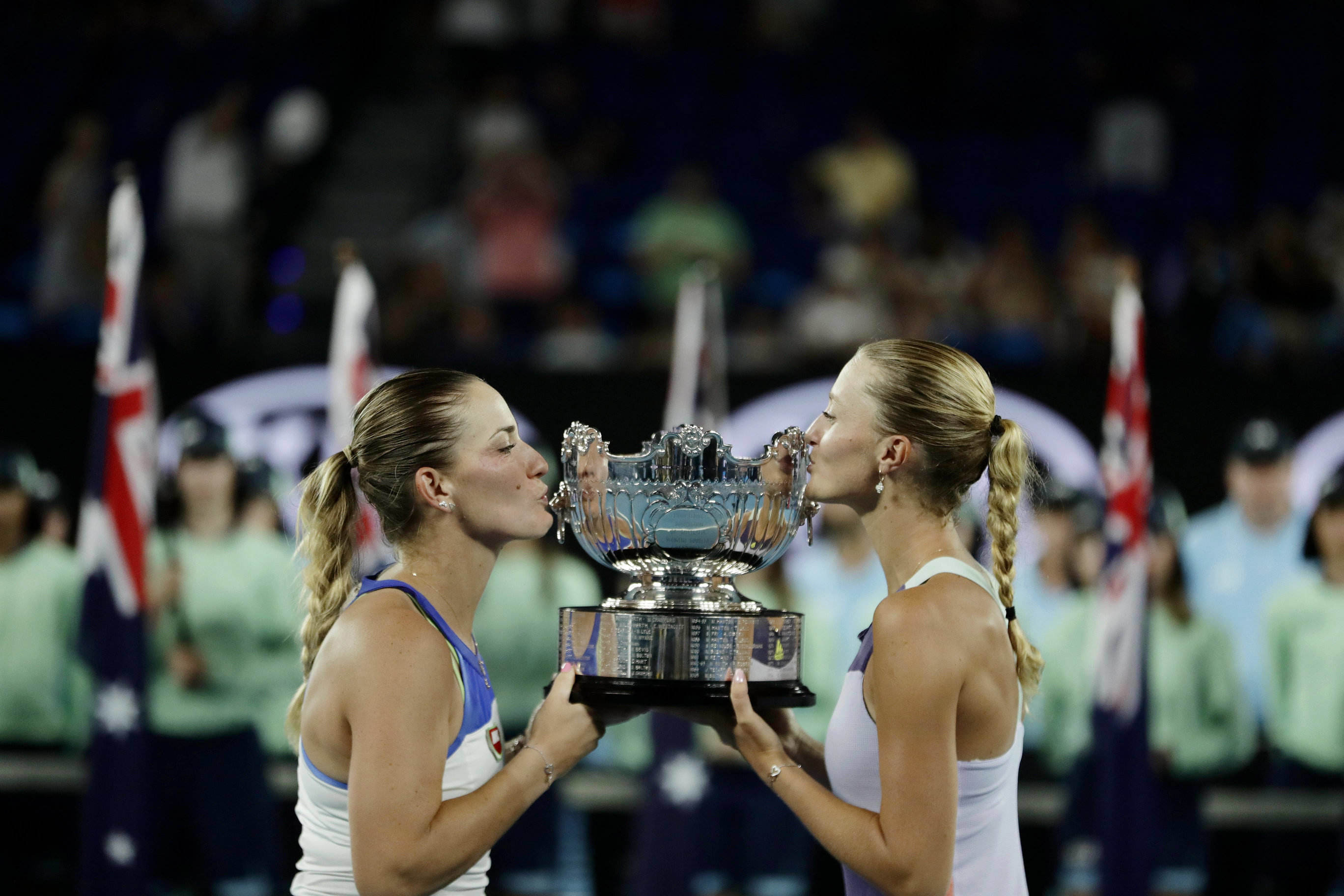