Hungarian FM: Europe’s problems should be solved based on common sense 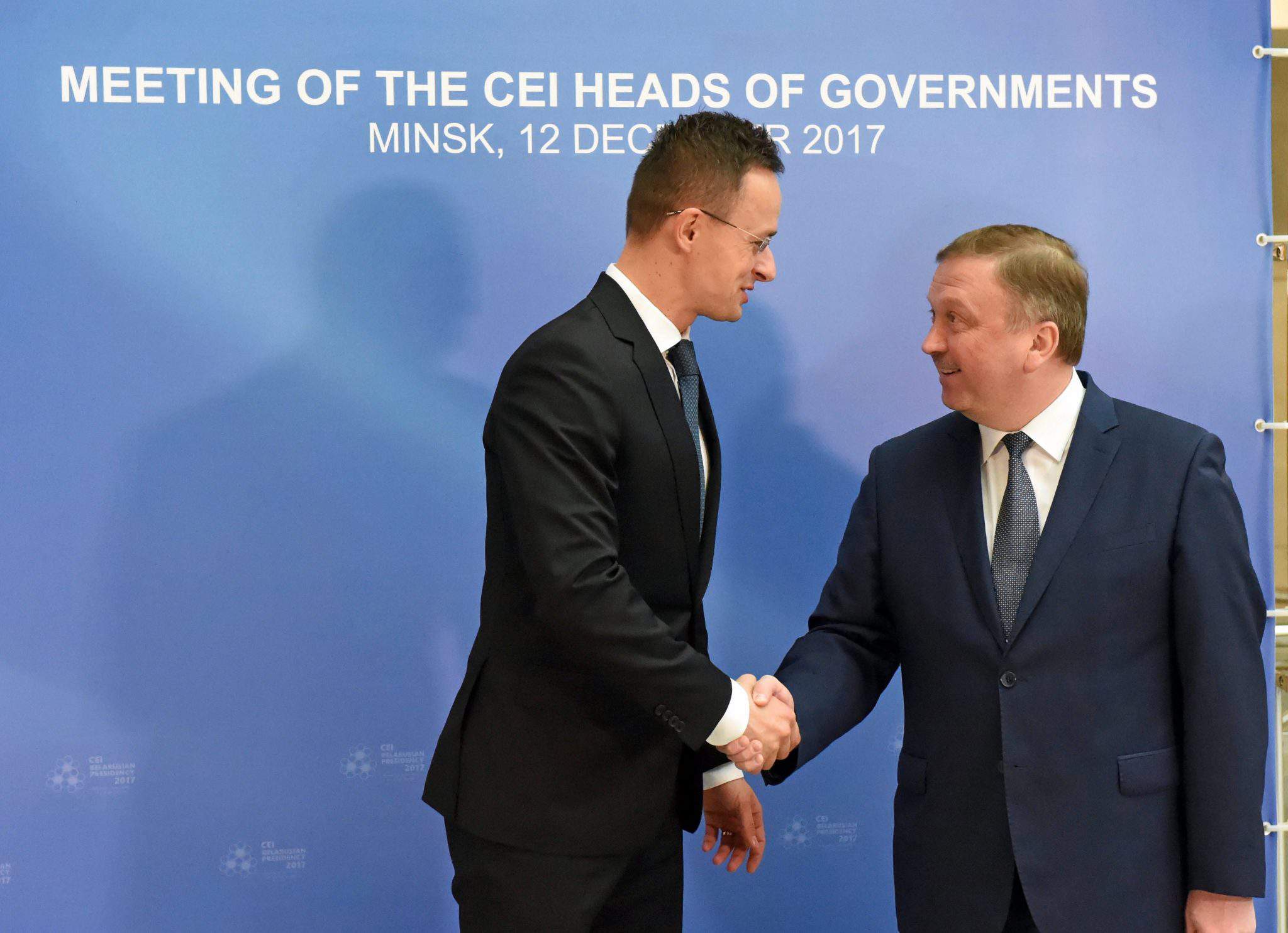 Europe faces serious problems such as migration as well as the need for economic development and further enlargement, Foreign Minister Péter Szijjártó told a Central European Initiative (CEI) summit of heads of governments in Minsk on Tuesday. Common sense rather than emotion should be the guide to finding solutions, he said.

“There are serious debates in Europe about the future of the continent, which is natural because many sovereign countries must resolve important issues. The problem is that these debates turn emotional very quickly…” he told MTI by phone after his speech.

Central Europe must represent common sense and make sure that the debates remain on that footing because this is the only way to guarantee security for the continent in the aforementioned three areas, he added.

At the meeting, the CEI’s next three-year action plan focusing on migration, the economy and EU enlargement was approved.

“Central Europe has to be tough in these debates and voice its sober standpoint loudly and clearly,” Szijjártó said.

“The western part of the continent, acting emotionally, is trying to organise migration,” he said. “But migration is a very serious danger that needs to be stopped rather than organised,” Szijjártó said. “Seeing developments in Africa and the Middle East, it seems the reserves of migration are inexhaustible. Hungary and the region have already proven that illegal migration is stoppable,” Szijjártó said.

The same policy of common sense should apply as far as the economy is concerned, too, Szijjártó said. Only countries with low taxes can withstand competition, he said.

“We cannot let anyone from the western part of the continent force us to raise taxes under the flag of tax harmonisation.

Central European states can afford to lower their taxes thanks to their citizens’ hard work and their governments’ fiscal discipline. We have to insist on taxation remaining a national competency,” Szijjártó said.

Regarding the EU’s expansion, Szijjártó said that speeding up the accession process of countries of the Western Balkans is in Hungary’s interest or else “the tensions in the region will become a serious security risk for central Europe,” he said.

They agreed to step up construction work on two border crossings on the common border.

Belarus holds the rotating presidency of the CEI this year.