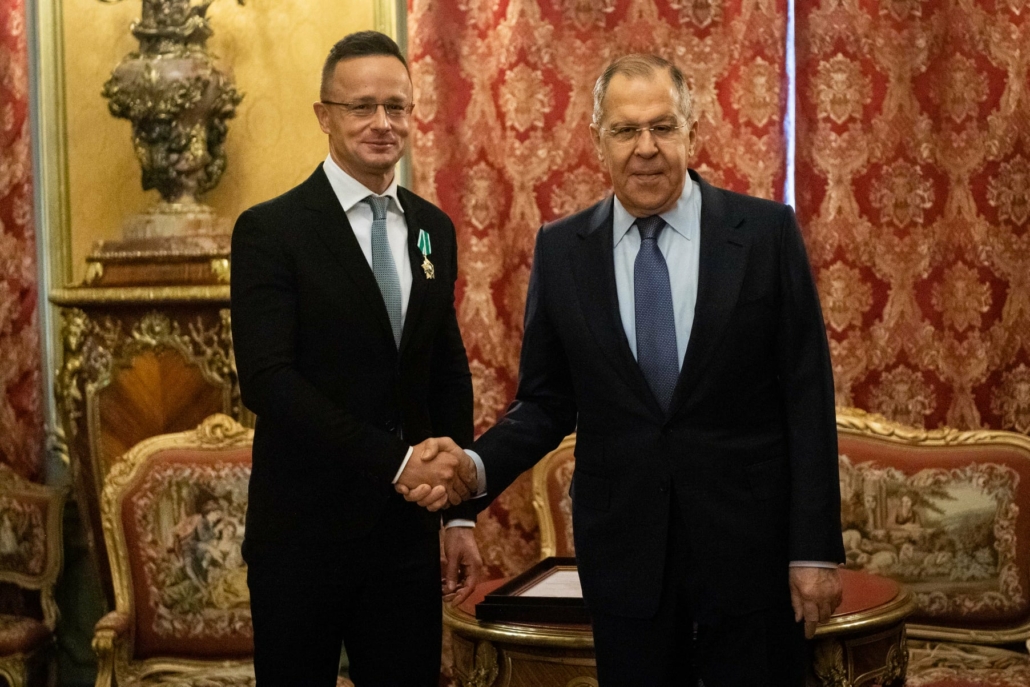 Hungarian Foreign Minister Peter Szijjártó received the Russian Order of Friendship from Sergei Lavrov, his Russian counterpart, in Moscow on Thursday, for his work on developing Hungarian-Russian ties.

Szijjártó said in a Facebook post that he was “proud of maintaining a cooperation based on mutual interests and trust with Moscow, despite daunting global and regional tendencies”.

Hungary’s success in fighting the European energy crisis and the coronavirus pandemic hinged on the decision to pursue a foreign policy rooted in national interests, Szijjártó said.

“We used Sputnik vaccines to speed up the vaccination campaign back in the spring, and the gas purchase agreement concluded in September [with Russia] guarantees our country’s energy safety,” he said.

The Order of Friendship is the most prestigious Russian award given to a foreign official for furthering international cooperation with Russia. Recipients include former UN Secretary General Ban Ki-moon, former US Secretary of State Rex Tillerson and former Canadian Prime Minister Jean Chretien.

The year 2021 was the all-time best in terms of Hungarian-Russian cooperation, Hungary’s minister of foreign affairs and trade said on Facebook on Thursday.

“This is a solid ground for us to make further important advances next year,” Péter Szijjártó said in a message posted in Moscow.

Prime Minister Viktor Orbán will meet President Vladimir Putin in early February, adding that preparations are under way for their talks.

Hungary would like to see “further milestones in bilateral relations” next year, the minister said, referring to the construction of new blocks of the Paks nuclear power plant, launching the production of Sputnik vaccines in Hungary, finalising joint space research projects, increasing the role of Hungary’s Záhony in east-west rail traffic and boosting Hungarian agricultural exports to Russia.