Speaking to MTI after his talks with al-Maliki, Szijjarto said it was “shocking and astonishing” that certain European politicians had failed to draw the right conclusions from last week’s terrorist attacks in Paris and that they have “still failed to grasp” that uncontrolled borders and the uncontrolled inflow of migrants has been detrimental to Europe’s security.

Szijjarto said it was shocking that EU leaders “cannot imagine” that leaving the continent’s borders unchecked will mean that hundreds of thousands of more people will enter Europe illegally, putting the safety of Europeans at even greater risk. “Europe’s security will deteriorate even further if we stick to the open borders policy,” he said.

Addressing the situation in the Middle East, Szijjarto reiterated that Hungary supports a two-state solution to the Israeli-Palestinian conflict, which he said must be achieved through diplomacy.

Szijjarto and al-Maliki also discussed bilateral ties, with the Hungarian minister stressing the importance of developing economic relations. He said Budapest would organise a Hungarian-Palestinian business forum early next year, with the Palestinian delegation headed by the foreign minister.

Szijjarto said Hungary will support food industry companies doing business in Palestine, as the country is looking to expand its sources of food imports.

The Hungarian minister announced that the government would raise the number of scholarship places available for Palestinian students looking to study at Hungarian universities to 50.

Szijjarto is scheduled to conclude his visit to Israel and the Palestinian National Authority by meeting President Mahmoud Abbas and laying a wreath at the grave of late leader Yasser Arafat. 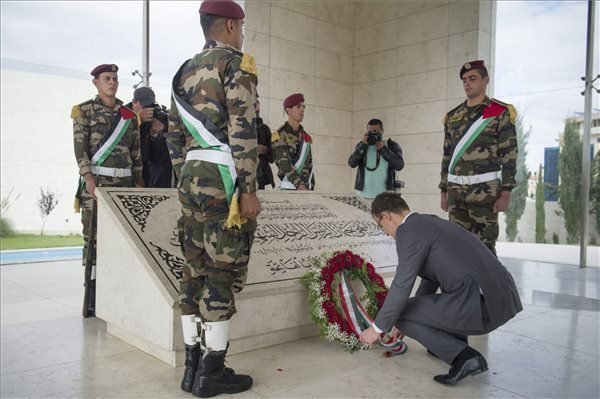 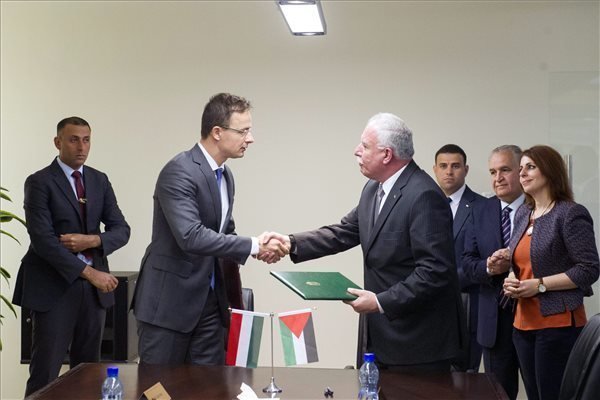 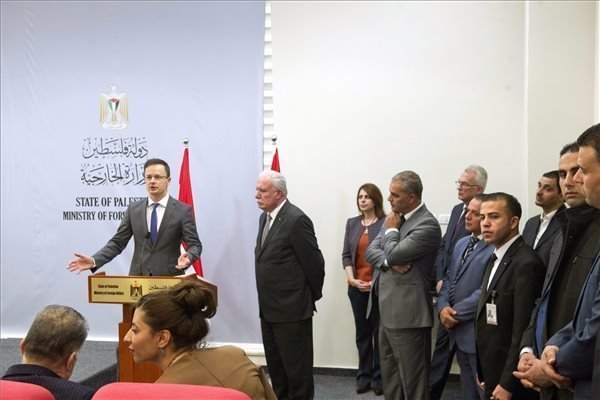 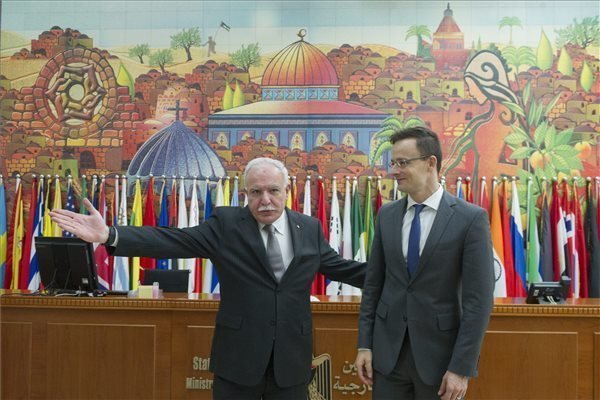 In 1949, the Hungarian capital celebrated the reconstruction of Budapest Chain Bridge,…
Israel will allow a temporary shipment of cement and tires through the…

Rate-setters of the National Bank of Hungary on Tuesday kept the base rate on hold at 0.90...
We and our partners use technologies, such as cookies, and collect browsing data to give you the best online experience and to personalise the content and advertising shown to you. I accept
Privacy & Cookies Policy