Budapest, December 19 (MTI) – Hungary and Latvia are partners in a “strong alliance” and share positions on a number of issues concerning the European Union’s future, foreign minister Péter Szijjártó said on Monday, after talks with his Latvian counterpart in Budapest.

Both Hungary and Latvia want the EU to be based on strong nation states and reject a federal Europe, Szijjártó said. He also said that common European policies should be maintained and EU institutions should “remain within the boundaries” of the EU Treaty. 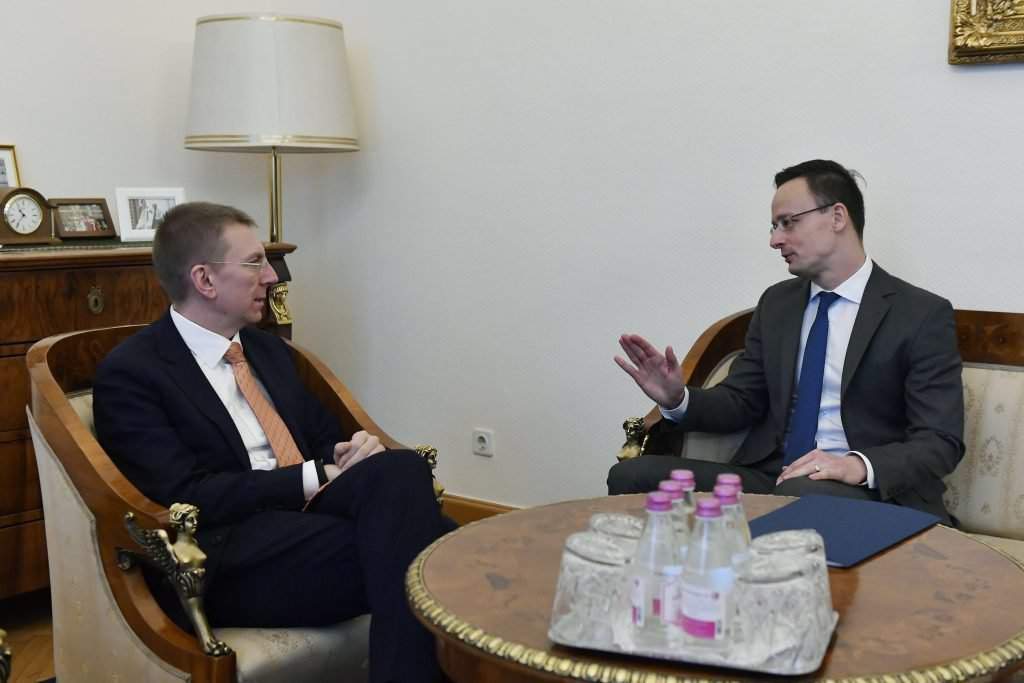 The two countries are in agreement concerning the importance of maintaining the Schengen zone and protection of the EU’s external borders, Szijjártó said. Protection of their citizens is a high priority for both countries and “sometimes that requires building a fence”, he added. Parties at the talks also agreed that cooperation between the Visegrad countries and the Baltics should be made tighter in light of preparations for the post-2020 budget period and developments arising from Brexit.

Hungary’s Eximbank has set up a pool of 500 million dollars to provide loans to promote cooperation between Hungarian and Latvian businesses, Szijjarto said.

Edgars Rinkevics, the Latvian minister, called for a stronger EU, adding that the bloc required strong nation states. He said he saw room for the further development of bilateral business ties. He thanked Hungary for its participation in securing Baltic airspace and contributing troops towards security in the region. Those steps are especially important in light of the annexing of Crimea and developments in eastern Ukraine, he said.